Chippewa Falls was incorporated as a city in 1869, just four years after the Civil War ended.

There were daunting challenges to be met: a major flood, a massive log jam, a devastating downtown fire, and a logging war with a rival lumber company. The city founders were resourceful, brave and hard-working, but who knew they sang so well?

The Wayward Players celebrate the 150th anniversary of the incorporation of Chippewa Falls by portraying the community’s colorful founders and their true-to-life struggles and adventures. Treasured traditional American melodies of the Civil War era are sung with new lyrics as a special Sesquicentennial feature. 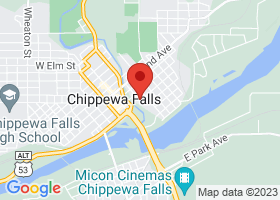 Are we missing your event?