Fab Lab for Everyone 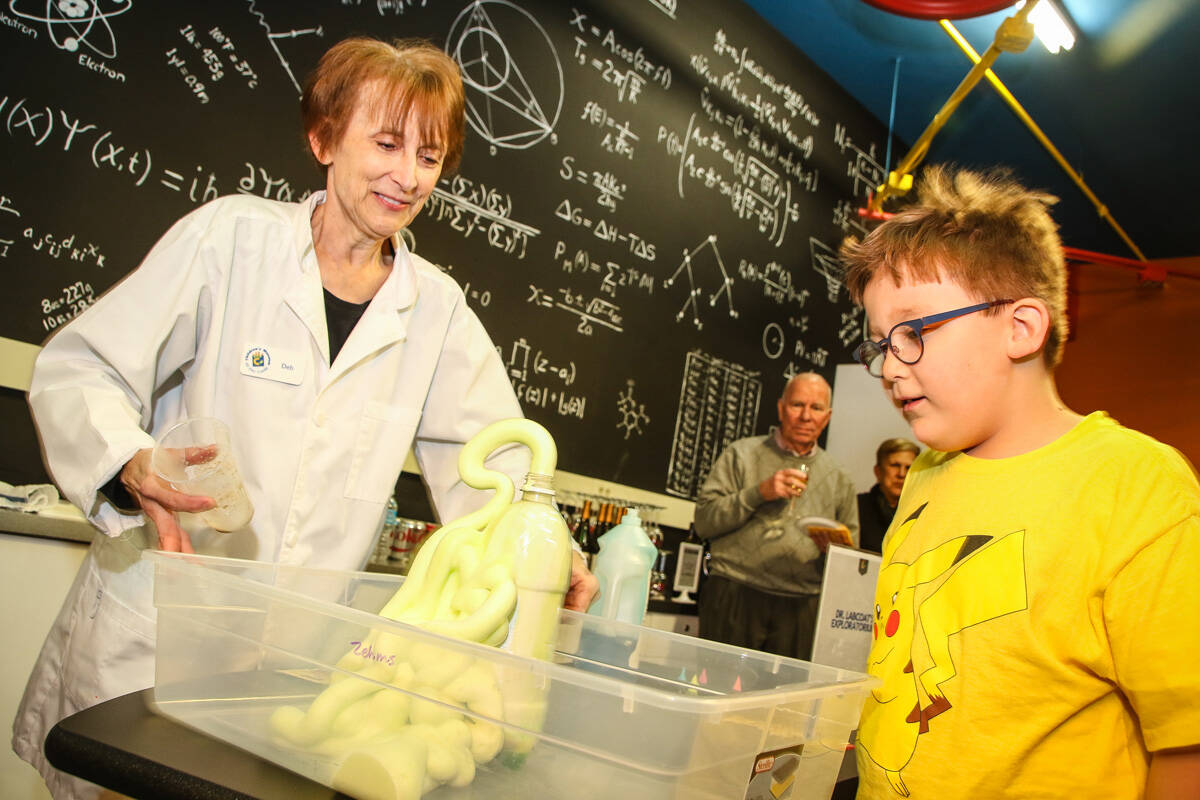 ‘A ship in harbor is safe,” author and professor John Augustus Shedd once wrote, “but that is not what ships are made for.” Those core concepts of being willing to make attempts and risk failure have led the leadership team at the Children’s Museum of Eau Claire to design and open the museum’s newest room of wonderment, which has been dubbed Failsafe: A S.T.E.A.M. Fab Lab and Makerspace

The first thing (and there are sooooo many cool things in here) that grabbed my attention in this awesome space was the magnificent twisted metal sign proclaiming, “FAILSAFE,” but I’m hard-pressed to identify what I noticed next because the ceiling pipes are Google-colored (on purpose, I am told), the tables come in multiple pieces that can be mixed and matched as needed, one wall looks like a blackboard and is filled floor to ceiling with equations, and another wall features photographs of notable people and their quotations about effort, mistakes, and failure. Visually, the room focuses heavily on encouragement and positivity, and CMEC’s programming lineup matches it.

“The goal in this space is to give them a place where this is their lab, and it doesn’t matter what your background is or where you came from or if you’re a girl or a boy or black or white, you have the same access to science, to technology, to math, to all of those things. We want to give everyone a chance to explore and experience that.” – Jacqueline Van Hemert, Children’s Museum of Eau Claire

The museum’s recent press release bills Failsafe as “a brand-new fab lab designed to bring STEAM-centered programming (science, technology, engineering, art, mathematics, and making) to kids of all ages, and maybe even some grown-ups, too.” And what a vision for programming! Already, the museum plans to get or has already acquired a 3D printer, Augmented Reality Topographical Sandbox (a 3D map, essentially), and an inflatable Planetarium Dome (which will fill a need since UW-Eau Claire’s planetarium has sadly closed due to reduced state funding and fewer personnel).

The Failsafe concept seems like a natural and necessary extension of the overall mission of the museum, which is to serve as “an interactive environment for children and their grown-ups that inspires imagination, discovery, creativity, and the love of learning.” The lab is free with membership or admission and highlights “the power of play,” Jacqueline Van Hemert tells me. Van Hemert, the museum’s director of programs and marketing, says museum staff want kids to be “edutained.”

“The whole children’s museum is centered around the concept of creating a magical environment where kids can play, they can see, they can touch, they can learn, they can grow, and everything is for them,” Van Hemert says. “The goal in this space is to give them a place where this is their lab, and it doesn’t matter what your background is or where you came from or if you’re a girl or a boy or black or white, you have the same access to science, to technology, to math, to all of those things. We want to give everyone a chance to explore and experience that.”

The children’s museum takes that idea of “everyone” to heart: It’s being very intentional in recruiting girls to get involved with STEAM, to capture their attention, and to connect with their interests, Van Hemert says. In addition (and with support from an array of area donors), CMEC uses its “Play for All” program to provide membership and attendance opportunities for families, children, and schools which may otherwise have difficulty attending.

The design, implementation, and programming of the lab and other STEAM projects at the museum have benefited from connections with local and national organizations. “UW-Stout, Altoona School District, and Chippewa Valley Technical College lent their expertise to help the children’s museum bring the best possible STEAM experiences to the littlest of learners,” Executive Director Mike McHorney says. Van Hemert also acknowledges the work the museum has done with UWEC and the NISE Network (National Informal STEM Education Network).

Part of the programming for the lab will feature experiments, activity kits for a variety of purposes, and open lab time during which kids will connect with local “makers and scientists” from across a wide spectrum of work and hobbies, including woodworkers, tailors, glassblowers, welders, and construction workers. Kids can also work on coding, check out a Pop-Up Playground, or work with “Dr. Labcoat.”