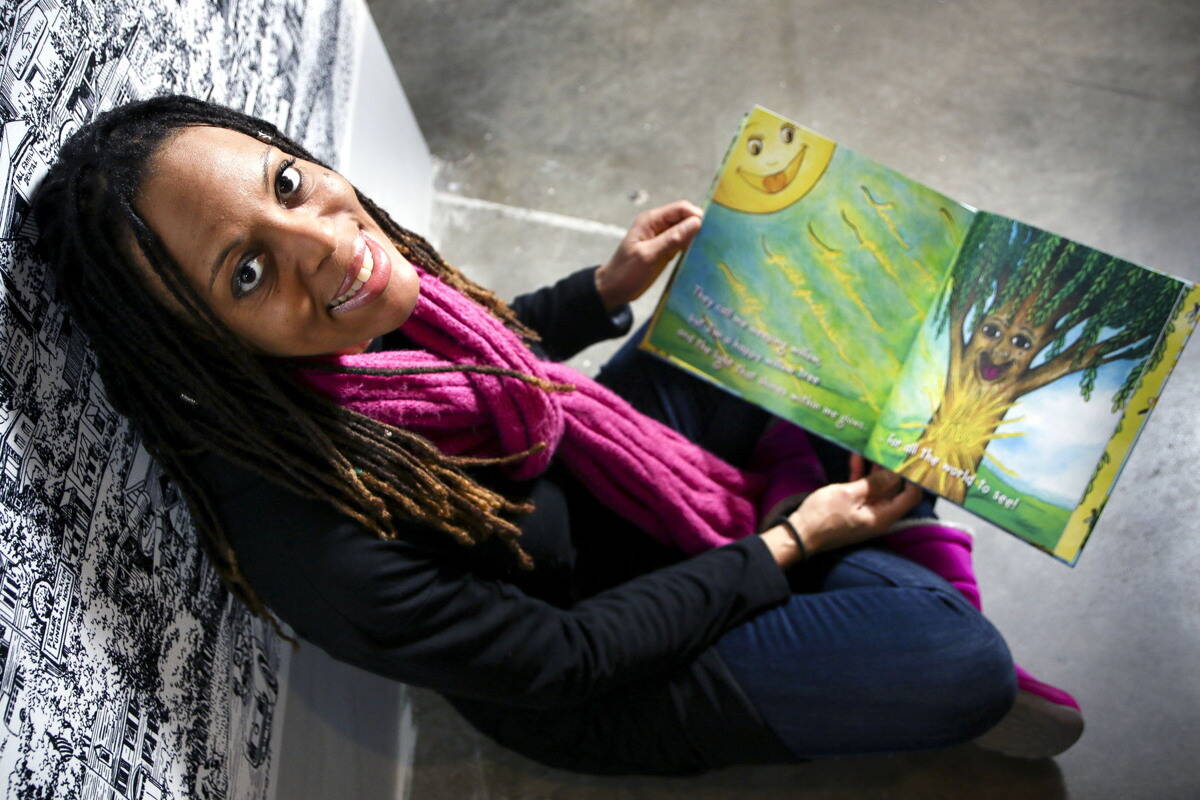 THE SUN SHINES IN. Writer Ava Gustafson drew inspiration for her children’s book from a childhood dream. “It actually just kind of happened by divine intervention,” she says.

Ava Gustafson’s charming children’s picture book, Willow, drew its inspiration from a yoga class exercise and a childhood dream about a loving tree. The book, which was published late last year, is a gentle, poetic tale of personal acceptance and love.

“It actually just kind of happened by divine intervention, I’d like to call it,” explains Gustafson, a former Eau Claire resident who now lives in Spooner. “It’s something unexpected on my end.”

As a child growing up on the East Coast, Gustafson remembers playing in a park encircled by willow trees. One night, she had a dream that one of the willows came to life and hugged her.

This childhood experience remained with her, becoming a seed that blossomed a few years ago when Gustafson was asked in a yoga class to visualize herself as a tree. The image of the friendly willow reemerged. The exercise inspired Gustafson to write a poem as a gift for her instructor, a poem she later shared with friends. With their encouragement, she began to consider transforming the poem into a book. Even though she’s always loved to write, Gustafson works as a chef and has never written a book. Eventually, she connected with illustrator Katrina Dohm, a former Spooner art teacher who now lives in Iowa, and a publisher, Minneapolis-based Wise Ink.

The result of their collaboration is the colorfully illustrated volume, aimed at young children, about a kind, loving willow tree – a tree that happens to share more than a passing resemblance with Gustafson herself. The book’s theme, Gustafson says, is meant to counteract societal messages that people are only lovable if they meet certain beauty standards.

“It’s just about loving yourself, loving who you are, the simplicity of just being and sharing and loving other people for who they are,” she says. In the book, the willow tree puzzles over why people refer to her as “weeping” when, from her home on a river bank, she cultivates friendships and radiates love. Gustafson says the book’s final line is her favorite: “They call me weeping willow, but I’m a happy willow tree, and the light that shines within me glows … for all the world too see!” Gustafson hopes to share this upbeat message with children around Wisconsin and beyond. She’s been invited to read the book at several schools, and hopes to personally market it at book fairs, craft events, and the like. She has already written a follow-up, which she expects to be published late this year.

Willow by Ava Gustafson is available online at thewillowseries.com or at The Local Store, 205 N. Dewey St., Eau Claire.