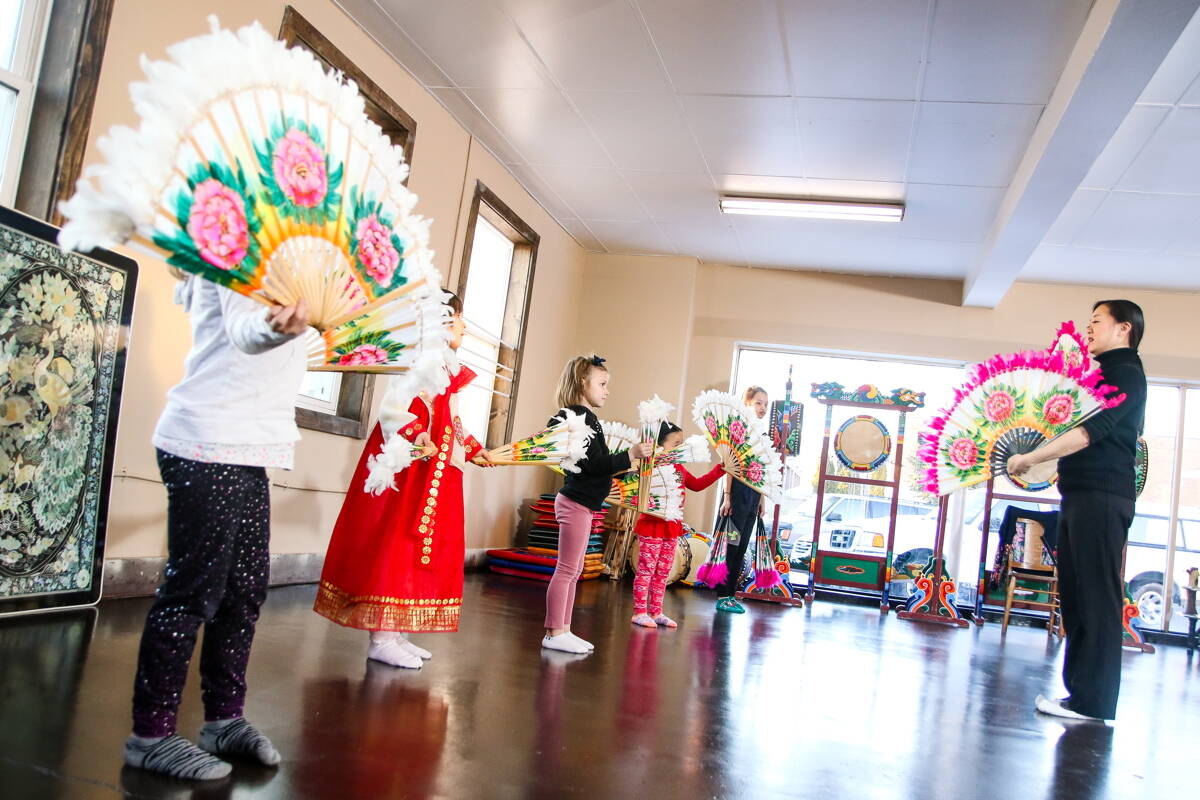 The dance community in the Chippewa Valley is always growing, and its newest resource comes in the form of Kgam Studio, a Korean cross-cultural dance studio, which opened at 515 Wisconsin St. in downtown Eau Claire in February. Brooke Newmaster, the owner, offers traditional Korean dance for adults and kids on a weekly basis, also tying in other elements of Korean culture with drum-making and folk art activities, tea, and potlucks.

“Kgam Studio welcomes people of all backgrounds and promotes inclusion through meaningful art exchange and community exchange.” Newmaster explains. Any and all are invited to learn and experience Newmaster’s expertise.

“At Kgam Studio, I hope for two things: to create art across cultures and meaningful expression and to teach Korean dance and drumming to anyone who would like to learn.” – Brooke Newmaster, owner of Kgam Studio

The name of the studio was inspired by its vibrant color, sweetly preserved from the previous owner. “I learned that the beloved owner of that space had passed away soon after the building had been painted a bright Harley-Davidson orange,” Newmaster said. “I thought that it would be wonderful to keep the orange color he had chosen and honor and remember who was here before.” Taking a whack at a traditional drum.

The color also reminded Newmaster of a persimmon, a bright orange fruit called “kgam” in Korean, hence Kgam Studio. The name of the studio is rather poetic considering the fruit grows on every continent aside from Antarctica, which inspired the mission and goals of the studio. “At Kgam Studio, I hope for two things: to create art across cultures and meaningful expression and to teach Korean dance and drumming to anyone who would like to learn,” Newmaster said.

All kinds of awesome art and movement are poised to exude from the persimmon-colored space. Newmaster’s offerings include classes/workshops for Korean court, folk, ritual, and creative dance. Boochaechoom (fan dance) will be the first workshop Newmaster will introduce along with Samulnori drumming, a Korean traditional percussion ensemble made up of four instruments: Janggu (hourglass-shaped drum), Bouk (barrel-shaped drum), Gwanggwari (small handheld gong), and Jing (large gong). The enthusiastic owner also hopes to offer paper lotus blossom lantern-making, traditional mask-making, and other arts and crafts this summer.

Needless to say, all participants will be completely immersed in Korean and world culture. Her dreams for her studio are ever-flourishing as Newmaster would also love to host family-oriented arts and crafts, Sunday afternoon tea with a guest performer or speaker, and Korean cooking classes.

Newmaster is cheerfully eager to become a strong part of Eau Claire’s diverse dance community. “Dance and music-making makes you feel more alive,” she said. “I hope to be just one more option in the wide variety of music and dance in the area.”

To learn more about Kgam Studio, check out their Facebook page, stop by the studio at 515 Wisconsin St., or contact brookenewmaster@kgamstudio.com