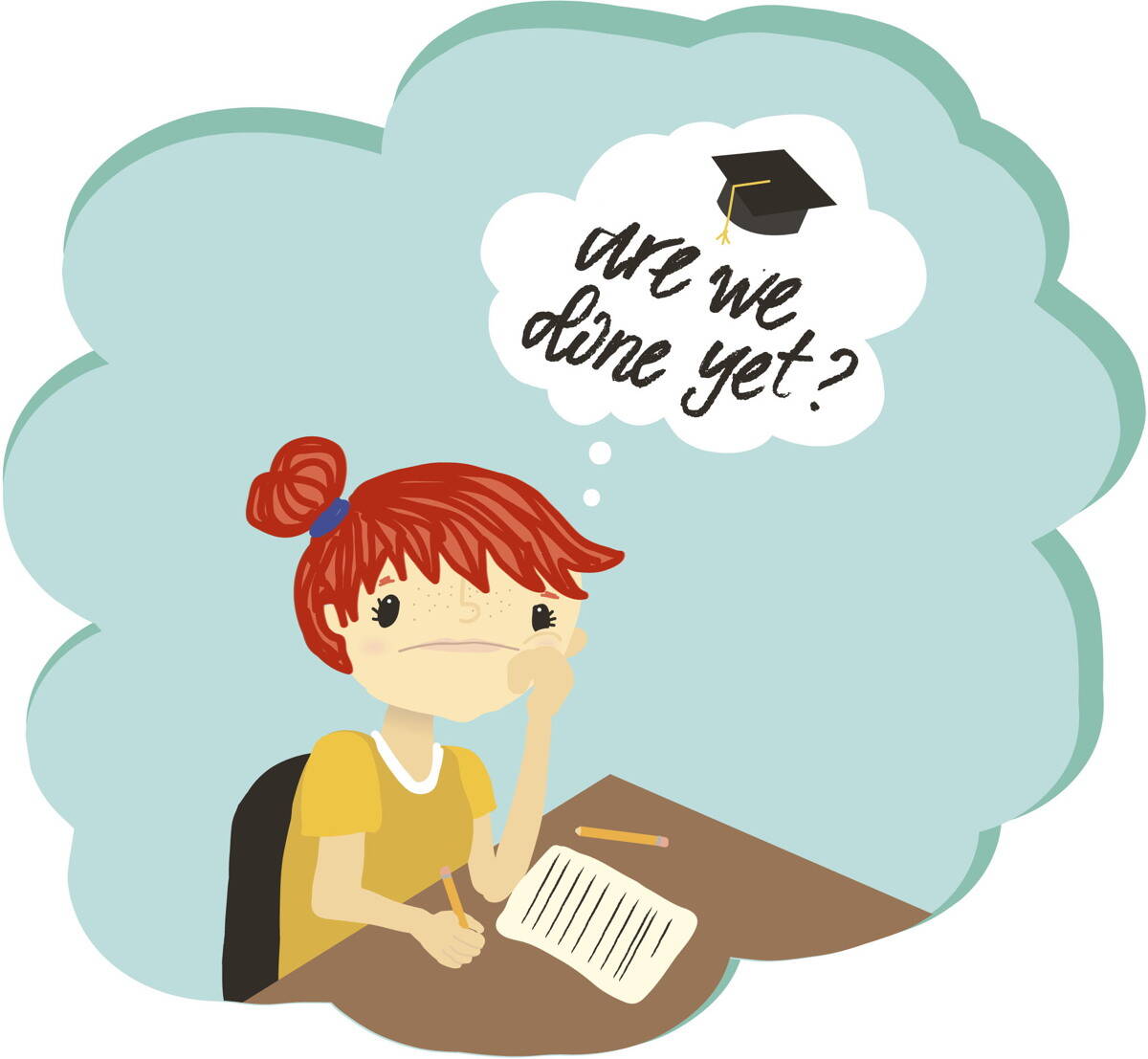 For proof of how local young people have grown during their years in the Eau Claire Area School District, we only need to look at one piece of evidence: the planning of the annual Senior Skip Day.

This is no small task. Anyone who has ever organized a meeting or a dinner knows the near impossible challenge of finding an agreeable time for even five attendees, and there are more than 400 students in the senior class at Memorial High School. They are committed to finding a date that works for as many of their classmates as possible, a day likely to feature good weather that’s not too close to AP testing in May. They try to avoid afternoons with track meets or softball games. Skip days early in the week are significantly less glorious than Thursdays or Fridays, which brings the list of potential options down to a small handful. The skip day may remain as a symbol of rebellion and anarchy that we teachers unequivocally frown upon, but it sure has become a considerate and well-planned one.

I teach English to seniors at Memorial, and when I talk to my classes about skip day, they’re always nervous at first. Usually at some point in mid-April, I’ll stand in the front of the room before sharing the day’s itinerary and ask, “How are skip day plans going?”

No one responds. They look at each other like they need to get their stories straight before the detectives throw them in separate interrogation rooms.

“Well, let me know what you decide,” I say. “I can head out to Big Falls early that day to lay out some towels and reserve us some space.” The thought of spending a spring day sunning with their English class, and teacher, is just ridiculous enough to convince them that I am not out to narc on them. Besides, in the social media age, there are very few secrets anymore anyway. At this point they throw their hands in the air and roll their eyes and explain that plans are going terribly. Most years someone starts a senior Facebook group where dates are discussed and online polls are administered. The polls never deliver a clear winner, and the discussions devolve into bitter arguing. They start questioning each other’s motives, and even though they are all in pursuit of the same goal, they quickly discover the challenges of working with others and their diverse needs and viewpoints and backgrounds.

Come to think of it, skip day planning might be the best preparation for the “real world” that they get.

I love teaching seniors. They tend to be calmer with more self-control than even 10th and 11th graders. The job isn’t easy; they present plenty of unique challenges. Most of them continue attending school not because they want to, but because they have to, and most of them believe themselves to be already prepared for whatever comes after high school, despite the contrary evidence provided by skip day prep. Doing things “because the teacher says so” no longer helps motivate them. Neither does the prospect of getting into college, as most of them already have their acceptance letters stuck to the fridge at home. But they are as close to adults as they will be before we’re done with them, and for perhaps the last time in their lives, they are thrown into rooms in groups of 30 with peers from all different races and socio-economic statuses and personal backgrounds. After graduation, they mostly get to pick who they sit next to for the rest of their lives. Not in my class, though. This cross-section of society creates fascinating discussions and writing. Every year, when I introduce a new book, short story, or film, I’m pretty sure I’ve heard every possible interpretation and opinion and response. Every year, they prove me wrong.

Just to be clear, before you imagine some utopian classroom scene where we all passionately defend our analyses of literature, please understand that the majority of class time is spent re-explaining the directions I literally just shared five minutes ago. Seriously. What were doing when I was talking? Next time, when sound starts coming out of my face, poke yourself firmly in the EYE and maybe for once that will help you PAY ATTENTION. Honestly!

Still, I’d rather teach seniors than anyone else.

I don’t know what they all do on skip day. I imagine they split into their clique groups. Some play video games for hours, others take road trips, and plenty just sleep in and hang out around their houses. But for the few weeks prior, the youth of Eau Claire, many of whom have spent 12 years in our schools and 18 years in our city, come together to work on their skip day project before many of them depart, never to return. Senioritis is a real disease, no doubt, but I can tell you, it’s rarely fatal.