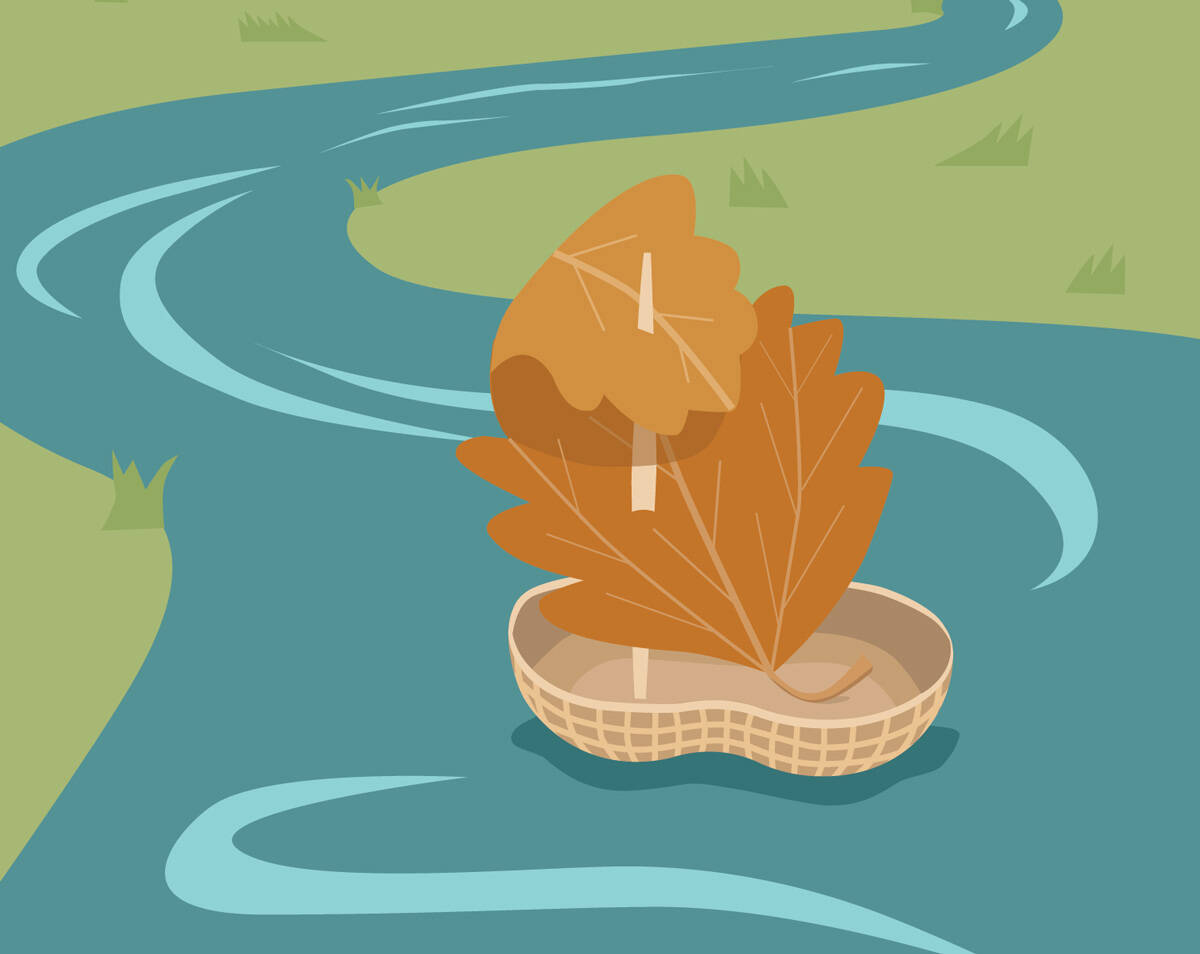 He picks out a few good peanut shells before I throw the pile into the trash. Five or six large ones without cracks or holes. He wants the seaworthy peanut shells.

He finds a perfect little leaf, like an elm leaf. Maybe it’s green. Maybe it’s a pale yellow, depending on the time of year. He takes the leaf and gently curls it so the top and bottom touch. He pierces it with the toothpick and uses his little finger tips to position it atop his little boat. Because it’s the sail.

Despite all his slow, careful work, once the sail is set, my son roughly grabs his finished boat and tears off towards the big mud puddle at the end of our driveway. He stands on the tiny shore. He crouches down and lightly plunks his peanut shell ship onto the surface of the water, where it floats.

It slowly turns. Adrift. Maybe a breeze ripples the water, sending the boat out into the deepest part of the sea, where beneath the waves the concrete driveway meets the blacktop street.

My son will try and make a little boat out of almost anything. Peanut shells and toothpicks. A bamboo skewer and a shard of plastic from a cheap, pea green snow sled he found in a snowbank. Neatly folded, blazing white paper – a simple origami thingamajig he could conjure in his sleep. Cardboard tubes. Tree bark.

Making little boats, it seems, is a thing my son’s instincts compel him to do. He sees a puddle and remembers what needs to be done. He sees a bottle cap and knows it’s missing a postage stamp to catch the wind.

“Why do you like building boats?” I ask him.

He’ll mention the inspiration for a particular boat. He’ll remember, just a few weeks back, seeing a river of chilly water cutting a curvy path into a huge sheet of ice covering the driveway, running steady from the rainspout down to the gutter along the road. That’s the day he had me drill tiny holes into some pistachio shells. He didn’t know why. He just shrugs at me.

I think he sees the world for what it is – a collection of wildly different sizes. A place where breathtaking wonders are hiding under tiny rocks and on tiny planets. These are the ideas you can only see after you spend enough time staring at the dust floating in the sunlight. No magic needed. No sparkling divinity. No harmonic vibrations. No wizard’s ancient secrets.

Just your attention. And a mind still drawn toward possibilities.

That’s what turns a puddle into an ocean. And paper cups into a tower. And thoughts into laughter. And laughter into words. And words into songs.

These little wonders are what happen before you think about keeping your hands clean. Before the first time you worry about doing something more important. Before you ever hear the words, “Maybe you could make money doing that.” This is what happens before someone first asks you, “What the hell do you think you’re doing?”

My son doesn’t “think about” what he’s doing. He just likes building boats.

I think he builds them for the adventure of being here. For the feel of the water at his fingertips. And for the mystery of how little things can be so big.