the gold we find on summer vacation 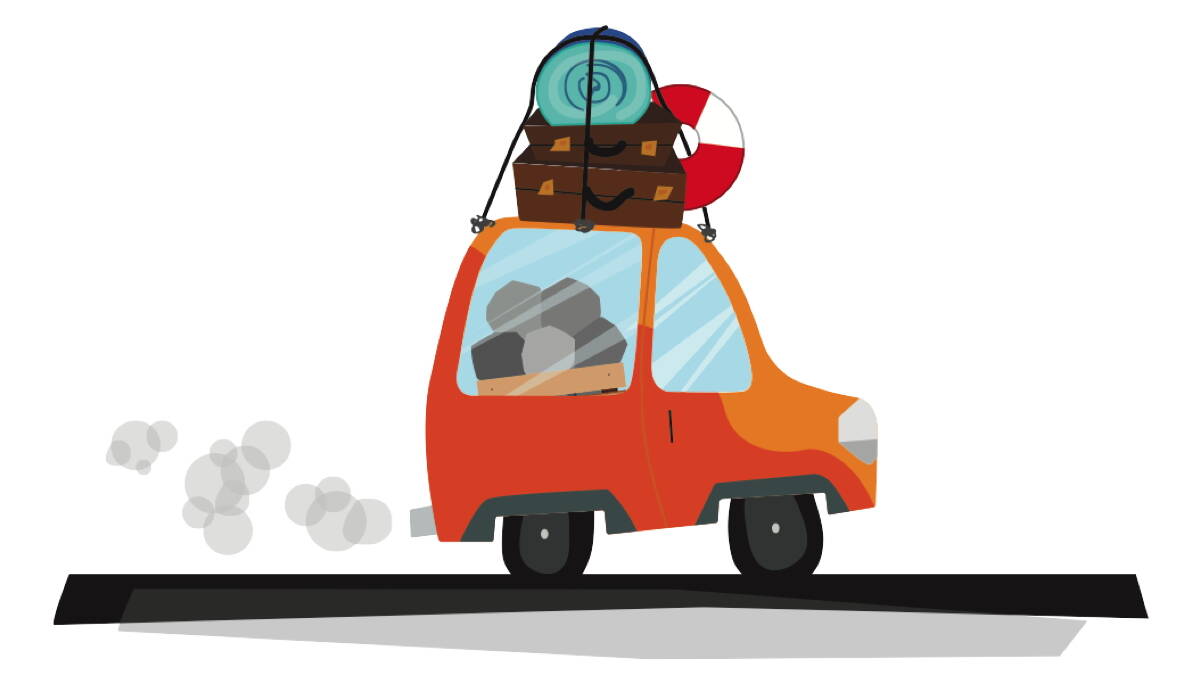 We went searching for gold, and we came home with a rock.

It was the classic Wisconsin family road trip – the longest that my family would ever take – to the Badlands of South Dakota. With my parents in the front, my two brothers and I wedged in the back, we went in search of change of scenery: the mountains, the prairies, and the lore of the Wild West.

Souvenir shops and tourist traps promised gold. My parents were skeptics, but my brothers and I – like generations before us – believed.

Our parents took us to Wall Drug and the Corn Palace. We saw wild buffalo. We went in fake saloons. We took pictures of prairie dogs. We stood before Mount Rushmore and bought the T-shirts.

We saw wild buffalo. We went in fake saloons. We took pictures of prairie dogs. We stood before Mount Rushmore and bought the T-shirts. But we wanted the gold – not fool’s gold we heard about. We wanted the real thing.

One evening, my brothers and I went exploring in the ravine behind our motel. One of my brothers found a rock about the size of a Nerf football. It was tan and black, with shiny flakes. It wasn’t gold, but its jagged edges shined just the same.

We put it in our trunk and brought it back to Wisconsin. After showing it off to friends, we put the rock in the backyard, next to Mom’s cherry tomatoes. The rock stayed there for decades: reflecting the summer sun, covered in autumn leaves, and buried under Wisconsin snow. Then spring rains would come and wash it off again.

After 35 years, when Mom was selling the house, my brothers and I were there on a different, sadder kind of souvenir shopping. My brother went to the backyard and grabbed the rock. “Rocks?” another brother questioned. “You’re taking rocks?”

My brother’s reply was adamant: “It’s from the South Dakota trip.”
Now it sits, transplanted again, next to his own cherry tomatoes.

Last summer, my own family – my wife and two sons – went in search of the biggest change of scenery with the shortest drive: Lake Superior, the largest freshwater lake in the world. Though it’s only three hours from home, it looks and feels like the ocean.

Mystified by the pebble beaches, our 11 year old collected a few souvenir rocks to take home, but our 7 year old filled his pockets with rocks until they made his sweatpants sag. Then he filled his bike helmet with rocks: all shapes, all sizes, speckles, solids, and stripes. He filled up half of our the cooler with rocks. He wanted to bring the shore of Lake Superior home with us. He wasn’t alone.

All along the shore, adults combed through the rocks, looking for agates. They threw stones into the water, skipped stones across the surface. People stacked mini towers of them on the boulders. With every step, the rocks crunched under our feet.

At one point, my son approached me, giving me fistfuls of rocks to free his hands to grab even more. “Keep these Daddy,” he said, “and make sure that no one takes them, OK?”

I didn’t see the point in explaining that there was no shortage of rocks here, and people wouldn’t have to take ours … they could grab all they wanted. To him, these rocks were so valuable that thieves would love to get their hands on his loot. Who was I to spoil the illusion?

In the end, we let him take home far more rocks than was sensible. It may have affected our gas mileage. It was as if these rocks could anchor the memories, keep them from drifting off.

At home we spread the rocks over the picnic table. Each one is over a billion years old. Each one is a tangible piece of evidence. Each one proves to friends and relatives that we not only traveled to distant lands, but we also brought home the gold.

Ken Szymanski lives in Eau Claire’s Third Ward neighborhood, with his wife and two sons. He attempts to live in the present, but the 1980s have always exerted a strong gravitational pull on his writing. He tries to fight it, but it’s no use sometimes.

Taylor McCumber is a highly creative yet logical designer who loves creating new visual systems across various media and platforms. She enjoys exploring new forms of technology and is constantly looking for ways to innovate and elevate any design project she works on.