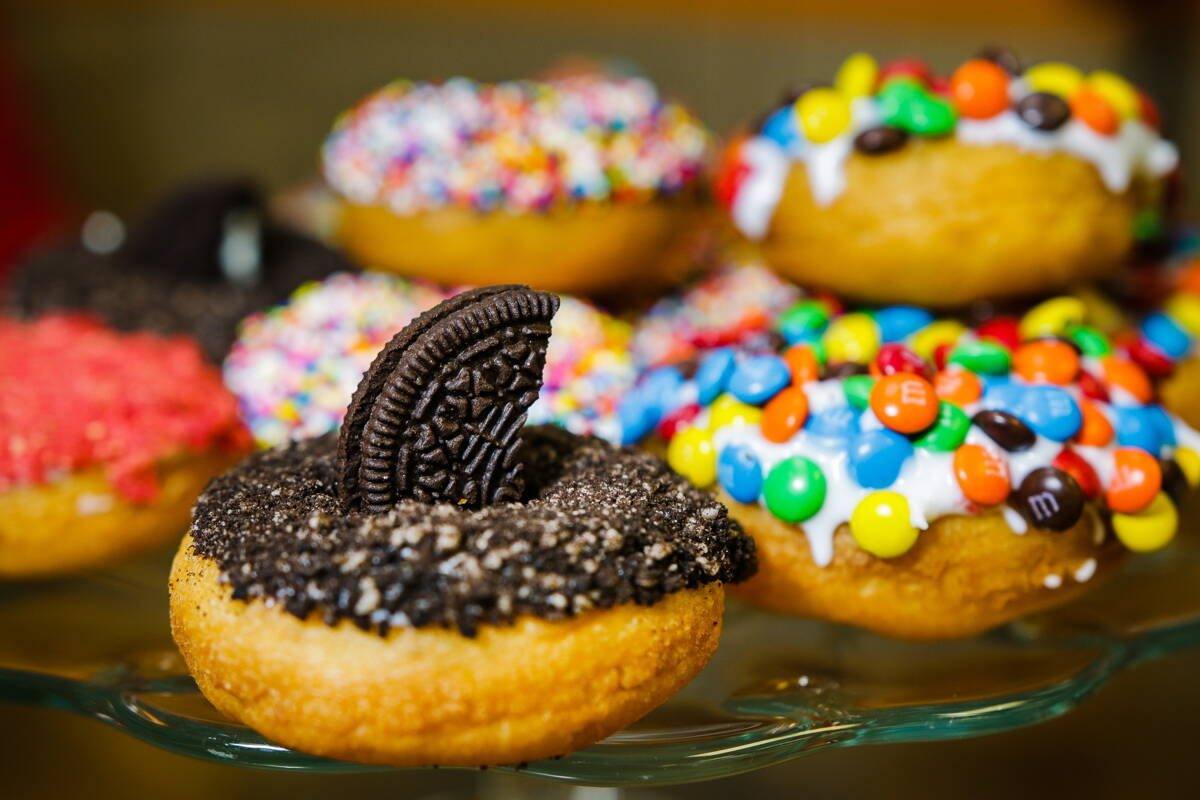 Menomonie residents are about to have their donut fix sated by a new downtown shop: Donut Sam’s (521 Second St. East). Inspired by their youngest son, 12-year-old Sam, Michael and Tanya Husby are planning on opening their doors on March 23 to offer a selection of house-made donuts as well as thoughtfully sourced coffee, tea, and tchotchkes. Housed where the Menomonie Market Food Co-op used to reside, Donut Sam’s will offer seating for about 40 people, and it will be available as a meeting space and event rental.

“We want to bring something to the community that’s community-driven, but also helps a rather large population of young adults needing jobs,” Tanya said. Their plan is to employ people with disabilities, like Sam, who might have difficulty finding work in the region. When the business has gotten off the ground, the Husbys want to work with the area school district to offer internships to students with special needs. The program will be equipped with extensive, multimodal training opportunities and accessible workspaces and accommodations so that participants can practice skills ranging from customer service to food safety and fine motor skills. “We will employ people with disabilities, but also show other businesses how valuable it is to work with people who have special needs,” Tanya said.

The Husbys’ effort to support people with special needs is reflected in more than just their staffing plans. The coffee they will offer, Junky Monkey, is produced by a business that primarily employs individuals with special needs. They will sell a range of other products, including stationary and dog treats made by people with varying abilities and strengths.

Donut Sam’s will focus on contributing to Menomonie’s breakfast scene, taking advantage of their near-campus location to cater to students in need of a quick bite before classes. They will offer gluten-free donuts as well, catering to a larger audience. In time, Tanya wants to offer breakfast sandwiches and other substantial grab-and-go breakfast meals. Ahead of their opening, Donut Sam’s has tried its hand at a few catered events, including a wedding and the annual Menomonie Chamber of Commerce Banquet in February. They also fill personal orders of more than two dozen donuts.

Even more ideas and plans are buzzing around the Husbys’ heads, but for now, they anticipate their soft opening on Monday, March 23. They’ll be open Monday-Saturday from 6:30am-1:30pm and Sundays from 10am-2pm. After they’ve settled in, they’ll plan a ribbon-cutting ceremony with the Chamber of Commerce.

Although Donut Sam’s will offer employment to people like Sam himself, when he’s old enough, he’s got other plans: When Tanya asks him where he wants to work, these days he insists on Kwik Trip!

Learn more about the shop online at www.facebook.com/DonutSams.