THE REAR END: Lean Back to Go Forward

never forget the power of the humble swing set 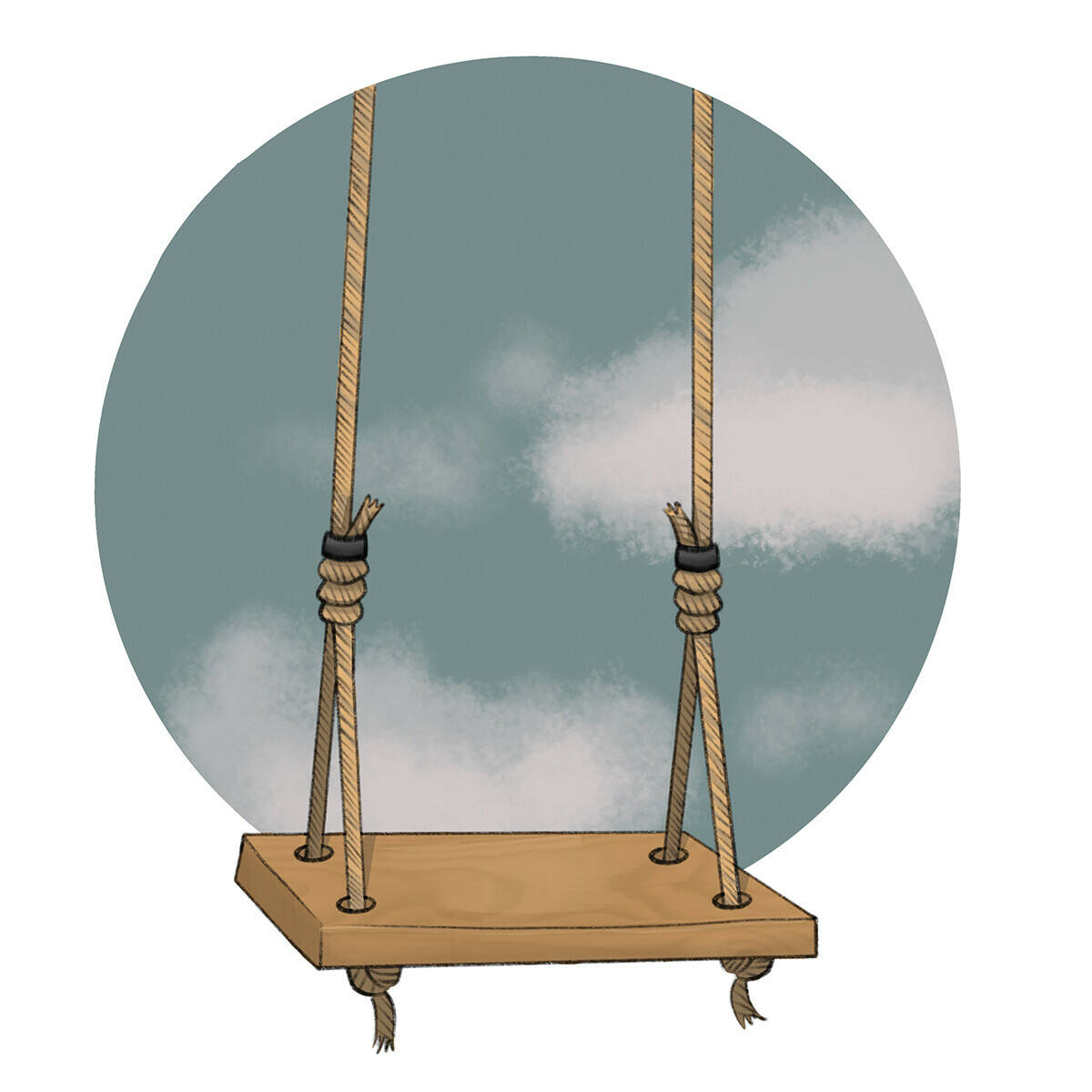 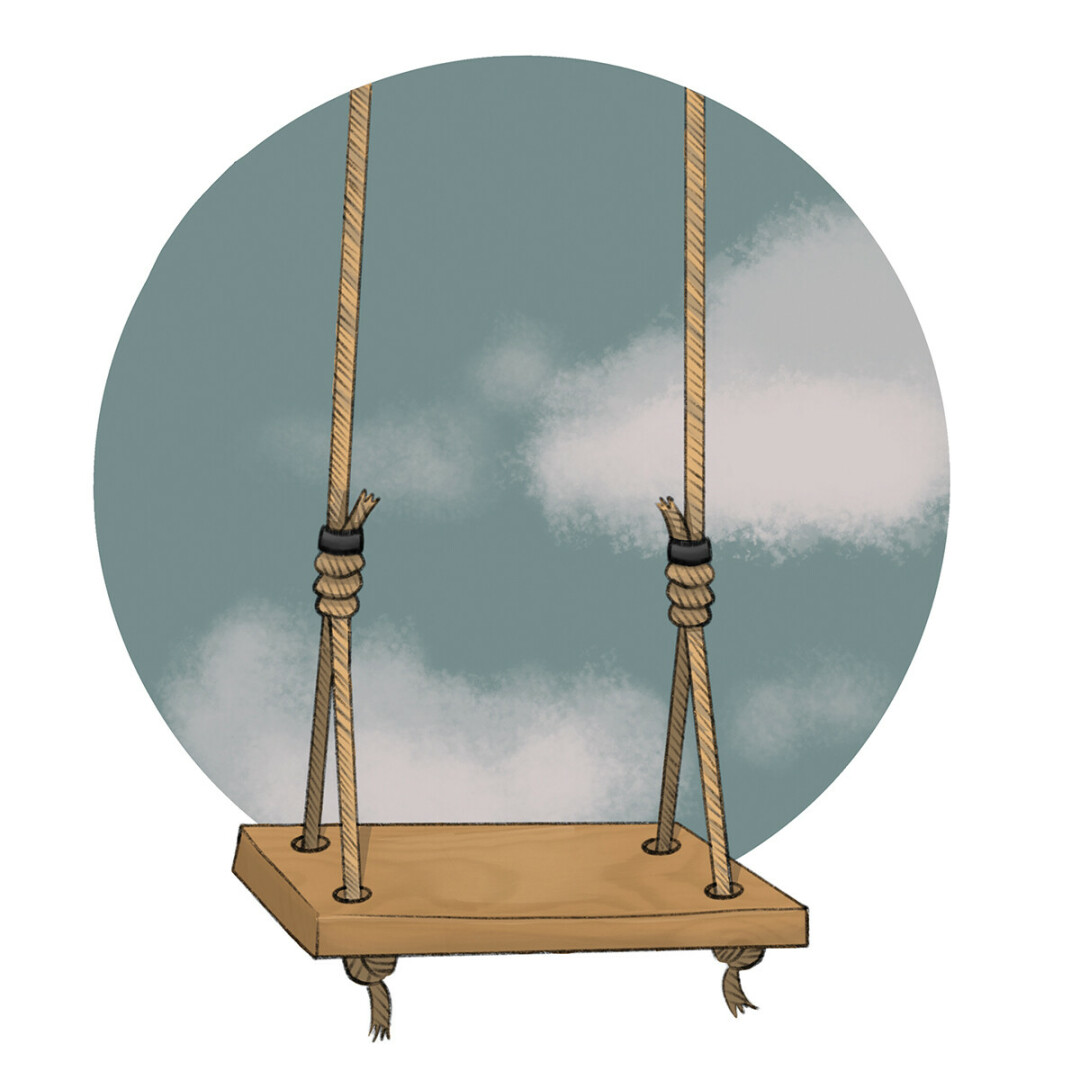 It’s easy to forget how hard it is to swing on a swing. You need to pump your legs. You need to get the timing right. You need to lean back to go forward and bend gravity to your will. But once you get all the details sussed out, it’s the most obvious thing in the world. It’s as easy as breathing, so we forget all the trouble it took.

St. James Catholic Elementary School used to have a large set of swings embedded right in the parking lot. The laws governing our nation’s playgrounds have changed since then, but at the time, if you fell off, you fell right onto the dusty blacktop. These are things I only think about now, years later, as I worry about adult things like cracked elbows and irreversible cranial damage.

I may have come close a time or two, pumping my legs as hard as I could, leaning back as flat as my body would go, getting higher and higher, tucking my feet back at the very peak of the swing, and feeling that queasy nanosecond of flight! before falling back towards the earth.

As a kid, I truly imagined it was possible to not only swing as high as the crossbar, but to actually swing so hard and so high as to complete a 360 degree rotation around the crossbar. Like a glorious rocket ship tethered to the earth by a thin metal chain. Sure, you’d need an underdog push from Ben Spanel – the fastest runner in class – but theoretically, it was possible. And theoretically, it would be the best thing to ever happen to anyone ever.

Most kids just tried to swing high enough to get level with the crossbar. We had a clever name for swinging that high. We called it “bar level.”

Sadly, I must inform you I have never once in my entire life achieved bar level, let alone the completely imaginary 360 degree rotation. And because of things like cracked elbows and irreversible cranial damage, I probably never will.

However, I may have come close a time or two, pumping my legs as hard as I could, leaning back as flat as my body would go, getting higher and higher, tucking my feet back at the very peak of the swing, and feeling that queasy nanosecond of flight! before falling back towards the earth.

I must have come close, right? I have no idea. Right now, I’m imagining someone walking by my school’s playground to see a pudgy little boy on an old swing set, swinging about three feet high and yelling, “I’m at bar level, guys! BAR LEVEL!”

It would be years later, after college, before a swing set would prove even near as exciting. This time it was the playground at Lakeshore Elementary School in the middle of the night. I walked there with a girl who was braver than me. She decided it was time for us to hold hands.

Later on, I learned how this girl was a notorious lover of swings. And yes, she has achieved bar level. She’s braver than me in a lot of ways. Eventually, she actually married me.

Even now, our kids adore the thing. Years ago, my son would demand I push him high enough to touch the maple branches hanging well above bar level. He was only two years old back then, so I’d just yell, “Dude! You’re touching the branches!” And he was cool with that.

My daughter would swing all day if she could, twisting around, flying all wonky. She used to read on the swing. Her mom used to do the exact same thing. When you see your kids doing this stuff, you should work hard to remember it. These are the things that quietly change your life.

It’s easy to forget how important it is to go outside and swing. You’re learning how your body works. In your gut and in the back of your mind, you’re learning about the bizarre and fantastic laws of the physical universe. You’re learning how the world works against you, and how it works with you. You’re starting to master your own tiny part of everything.

These are things we need to learn outside. With a smile on our face.