A Preschool Commencement Speech or Why Certificates Aren't So Bad 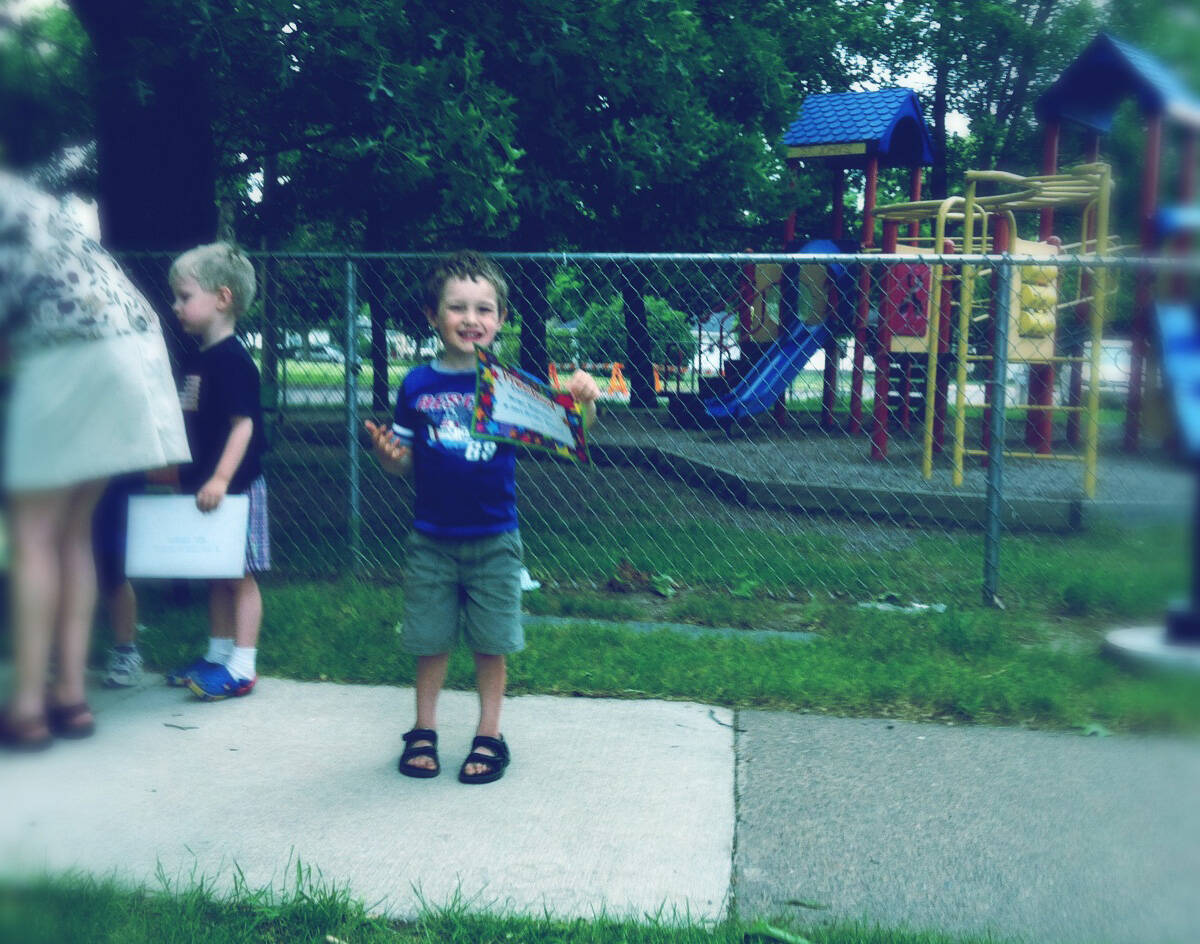 This afternoon, something momentous happened. You all, you four and five year olds, many with faces already sullied with cake frosting and outfits chosen haphazardly by your frantic parents or by your colorblind selves, reached the first milestone in life accompanied by a certificate. Hundreds more certificates will eventually join the one from preschool in a manila folder in your parents’ basement. Much in your life will be recognized by a piece of paper that looks slightly fancier than any other piece of paper, as if your accomplishments are as fragile and cheap as that which is purchased by the ream and cut into scratch paper quarters when one side is used up. Perhaps your swimming lesson certificates and perfect attendance certificates and most improved player or kicker or runner or singer or dancer certificates will meet such a fate, but not your preschool certificate. That one will be worth holding on to, should you ever need to remember your preschool teacher’s name.

Forgive me if I sound cynical. There are those who make fun of preschool graduation, saying this event does not deserve recognition. Is tying your shoes a less significant feat than conquering differential calculus? Not to you. Are the social pressures of the preschool classroom, when Maddie won’t play with you even though you told her to three times, and when Mason grabbed the dump truck when he could clearly see that you also wanted the dump truck, any less difficult to navigate than the cliques that await you in high school? I’ve seen the tears Maddie and Mason caused, and they are just as real as those that accompany getting stood up for prom. You probably will not remember the trials and pain that accompanied your preschool career. But that does not mean they did not exist.

Maybe those who feel you do not deserve a certificate and a picnic and a little mock mortarboard hat have a point. Maybe your accomplishments are too mundane to warrant recognition. Those people probably feel the same way about the participation ribbons, runner-up trophies, and sportsmanship medals that will one day adorn your bedroom shelves. Recognizing everyone tarnishes the value of the first place award. Recognizing everyone fosters mediocrity and denies students, athletes, and competitors lessons on the importance of hard work. Awarding participation over achievement is the reason we have so many pudgy C-students distending their parents’ couch cushions with hours upon hours of television and selfish, slovenly napping.

To those people, and to you, recent preschool graduates, I have a story. After my family moved to a new city in 4th grade, without the social connections that keep ten-year-olds active and fit, I turned into one of those pudgy kids. Tortilla chips and microwave Cheez-Whiz were my recreational equipment. And then in high school, after five years of pathetic self-esteem and social isolation, I joined the track team. I was terrible. I wheezed like an old man and sweated like a toilet tank on a hot day. And then, one meet, the second guy in the second-ranked relay team was sick, and I was asked to run. My team compensated for my pathetic performance, and I earned an eighth place ribbon. I was more proud of that than almost anything else I had done.

So, new kindergartners, the future class of 2028, I urge you to ignore those that would deny you this celebration. We all want and expect recognition. No one complains about compulsory yearly raises, obligatory birthday gifts, or thank yous from the boss for simply meeting expectations. No one feels his or her efforts belittled by a pat on the back. So, with that certificate, you join the ranks of humanity, all of whom expect compensation for their work and appreciative gestures from their spouses and families when they clean the garage or paint the deck or go to the gym, not like a champion, but just once. Just because many, most, even all will do what you just did, you still accomplished something, with finger paint and Elmer’s glue and snack time graham crackers.

Try to not ruin that certificate with your greasy hands, even though you will receive plenty more. It may be your first of many, but the spot it holds at the bottom of the pile, in the back of that manila folder, is a place purchased with tears, and laughter, and stories about farm animals, and hazy memories, and glitter. Oh, so much glitter.