Choosing Kindness: when shopping, a stranger’s response makes all the difference 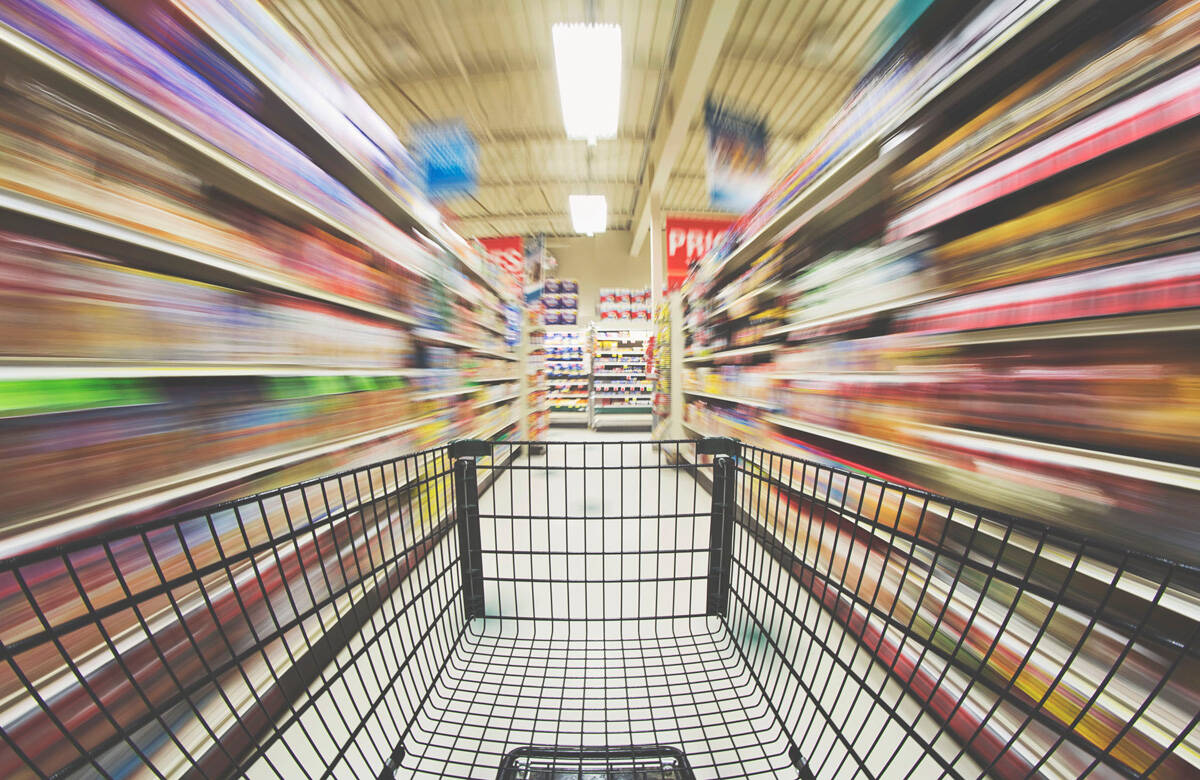 I should have known better. My one-year-old, Eleanor, had woken up after a very short nap, and my three-year-old, Henry, was already bouncing off the walls. This was not the time to go to out. No matter how annoyed I was that two of the light bulbs in my kitchen had gone out, Target was the last place I should have taken my squirmy, sassy, over-tired children. Maybe I was bored, or maybe I was afraid that I was going to cut off the tip of my finger in the very low light of my cooking space, but the need for a trip to Target won. I strapped my kids in their car seats and headed out.

Though the trip started on a good note with the obligatory cookie and some toy browsing, it quickly devolved. After at least half an hour of watching Henry decide which toy he wanted for his many-months-away birthday and chasing Eleanor around the aisles, I finally got them to move on with the promise of being able to look at the books and movies at the front. I quickly grabbed the light bulbs that I came for on the way up. Then I heard the words every mother of a recently potty-trained child dreads: “Mom, I have to go potty!” We moved quickly to the family bathroom outside the pharmacy. (If you didn’t know that this existed, you’re welcome.) It was all I could do to keep Eleanor from throwing her shoe in the toilet and to keep Henry in the room while we finished up. When I finally got them out of there, I realized that – for my own sanity – we had to get out of the store as quickly as possible. So I headed up to the front amid protests and whining. Meanwhile, Eleanor had figured out how to maneuver herself out of the strap on the seat of the cart, and I had to keep my hands on her for fear that she would dive out.

At this point, I just wanted to get home, so I picked the line that looked the shortest. There was only one lady in front of me, and her order looked to be almost all rung up. What I didn’t see until after I had unloaded my cart was the – no exaggeration – two-inch-thick stack of coupons that she had for the cashier to ring up as well. What I thought was going to take a minute or two would turn out to be at least 10 minutes of standing-in-line-purgatory. And when one kid is crying because you won’t let her stand in the cart, and the other kid is crying because you won’t buy him the Nutella dip pack conveniently displayed at pre-school eye level, 10 minutes feels more like 10 hours.

I knew that someone had lined up behind me, trapping me in the aisle, but I was too embarrassed to look anyone in the eye. Then she spoke to a hysterical Henry: “Those shoes are pretty neat! Can you tell me who is on them?” He started to calm down and eventually he gave her an answer (they were Spiderman shoes in case you are wondering). The lady then gave Eleanor some attention and told me how beautiful she is (which she is, but not when she is throwing a tantrum). She told us about her two kids, a son who is 22 and a daughter who is living overseas. And then she told me that it all goes so fast. She gave me a pat on the arm, and she was so sweet when some would have been dismissive or annoyed. As I finally made my purchase and turned to leave, I looked back and thanked her again. She saw me at my parenting worst, and she chose to help. Instead of leaving the store that day feeling stressed and upset, I left feeling understood and cared for.

For me, as a relatively new resident of the Chippewa Valley, this has been my experience here over and over again. From almost-strangers bringing us food after Henry’s birth to neighbors helping us out with mowing or raking, the people here seem to make it their mission to help others. That lady at Target saw a fellow parent who reminded her what it was like to be in the trenches, and she reached out. She chose kindness. And though I shouldn’t have gone to Target that day, I’m glad that I did.

Meredith Ball currently resides in the Putnam Heights area of Eau Claire where she is president of the newly formed neighborhood association. Originally from Indiana, she has degrees in English education and school counseling, but for now she stays home with her two adorable and ornery children.