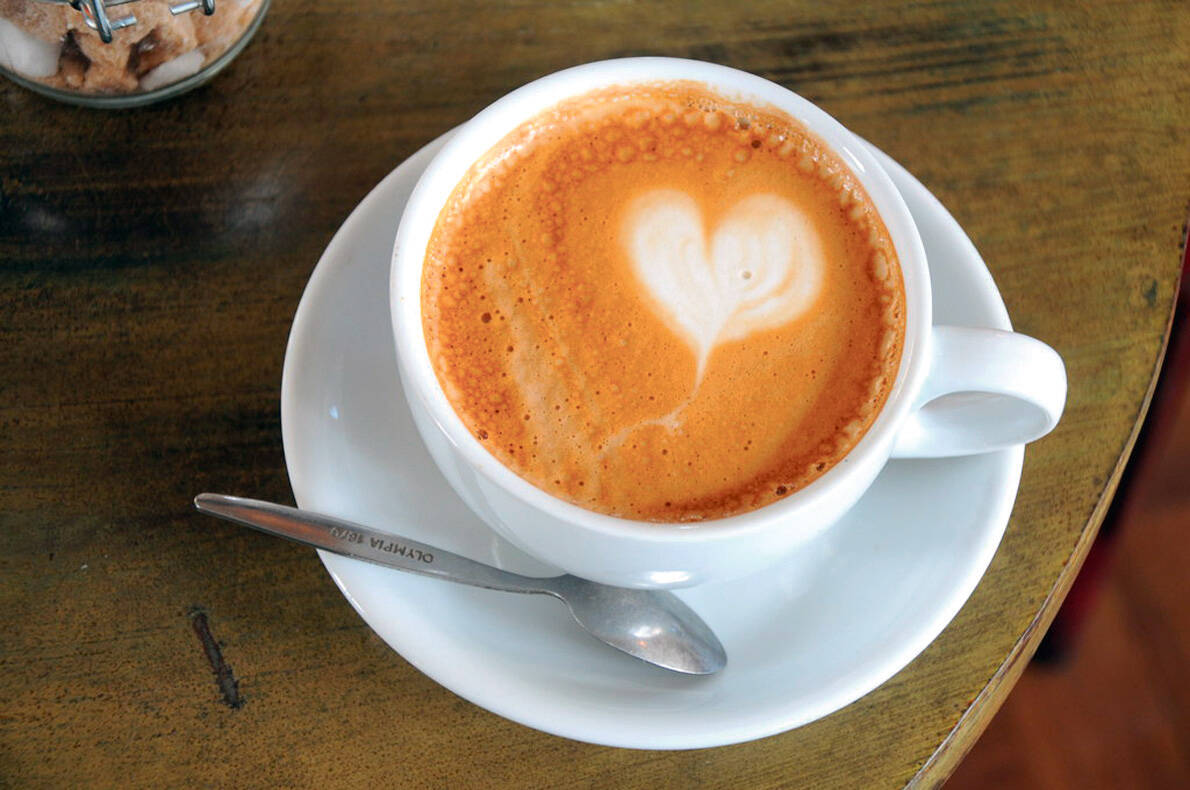 Dining out as a family has been challenging ever since my oldest began walking and almost Hansel and Greteled himself into a pizza oven at Foster Cheese Haus. We’ve gone to a few places here and there, but it’s always ended badly. (Burrachos, I’ll say it again: I’m so sorry.)

Desperation can make you do funny things; one day recently, I was running errands with my two kids (now aged 3 and 1 1/2 years), and they got hungry right when my mid-morning sleepies started to hit. As I parked the car in front of the French Press, I reminded/told/begged them to be on their best behavior because this was a fancy restaurant with breakable things. I had only been there once when it first opened and didn’t remember much about it except that the pastries were sinful, the coffee divine, and the atmosphere distinctly adult.

As I walked to the counter to order, my kids took off running towards something. “Dear God,” I thought, glancing around, “Was it a vase? A display of handmade coffee mugs? An actual French press made of actual glass and holding actual boiling hot coffee?”

You know what I mean by “adult.” Real utensils and glass cups and a menu that does not contain the word “nugget.” The food was inventive and sophisticated, and I didn’t see a ketchup bottle anywhere. In other words, it seemed to be the kind of place that instantly appeals to parents (specifically mothers) when they have a rare morning of leisure away from their young kids. And here I was, bringing my kids into it.

It was Thursday, so I had high hopes the place would be empty but, alas, there was a small but growing crowd who must have also hit their mid-morning sleepies. I prayed that they would all be tolerant grandmothers who lived far enough away from their own grandchildren to find a disturbance caused by anyone under the age of 5 to be not only excusable but also charming.

As I walked to the counter to order, my kids took off running towards something. “Dear God,” I thought, glancing around, “Was it a vase? A display of handmade coffee mugs? An actual French press made of actual glass and holding actual boiling hot coffee?” No. Prominently featured in this elegantly decorated space was a well-stocked toy corner, complete with dinosaurs, crayons, stickers, and something that made noise but the purpose of which was otherwise a mystery.

“Huh,” I thought. “Well, that makes things easier!” Then I noticed the artfully drawn menu announcing that most items could be made half-portioned for kids, unlike in most restaurants, which only offer the dutiful mac and cheese/hot dog/chicken finger trifecta. My son’s water didn’t come in a flimsy plastic cup, but in a sturdy cup, perfect for little hands and not the least bit disposable. These might seem like trivially small details, but together they all said to me that this was quite a rare thing: a restaurant for adults and for children. The perfect place for a harried mom on a Thursday morning.

I settled into a table by the toy corner and drank my coffee (hot, for once) while they fed crayons and cinnamon buns to a dinosaur, and no one gave me the side eye. Which got me thinking. As traumatic as it had been for me to take my son to Foster Cheese Haus and, lest we forget, Burrachos, no one had given me the side eye there, either. Some had even chuckled as my kids quite effectively trashed the place. The kids hadn’t just been tolerated, they had been accepted. And at the French Press, they were even being welcomed into this adult space.

I’m not from here originally, so I’m keenly aware of how rare this is. In her essay “Everybody’s Somebody’s Baby,” Barbara Kingsolver reflects on a visit to Spain with her 4-year-old daughter and the differences between Spain and her home in Arizona. In Tucson, she was once told at a restaurant, “We come here to get away from kids,” despite her daughter not having made a peep.

Contrast that with her experience in Spain, where she sensed an all-encompassing village that was co-raising the children. “My second afternoon in Spain, standing on a crowded bus, as we ricocheted around a corner and my daughter reached starfish-like for stability, a man in a black beret stood up and gently helped her into his seat. In his weightless bearing I caught sight of the decades-old child, treasured by the manifold mothers of his neighborhood, growing up the way leavened dough rises surely to the kindness of bread.”

Are we a place where people seek to get away from kids, or a place where even strangers treat children with dignity and help to raise them like dough? My experience tells me it’s the latter. Even places like the French Press, with its sophisticated menu and breakable serving vessels, has set aside an awesome corner just for kids and invited them to partake in any item on the menu, just as their adults do. It would be amazing if more of our coffee shops and restaurants found ways to welcome children in these, or similar, ways.