Put Night Terrors Back to Bed 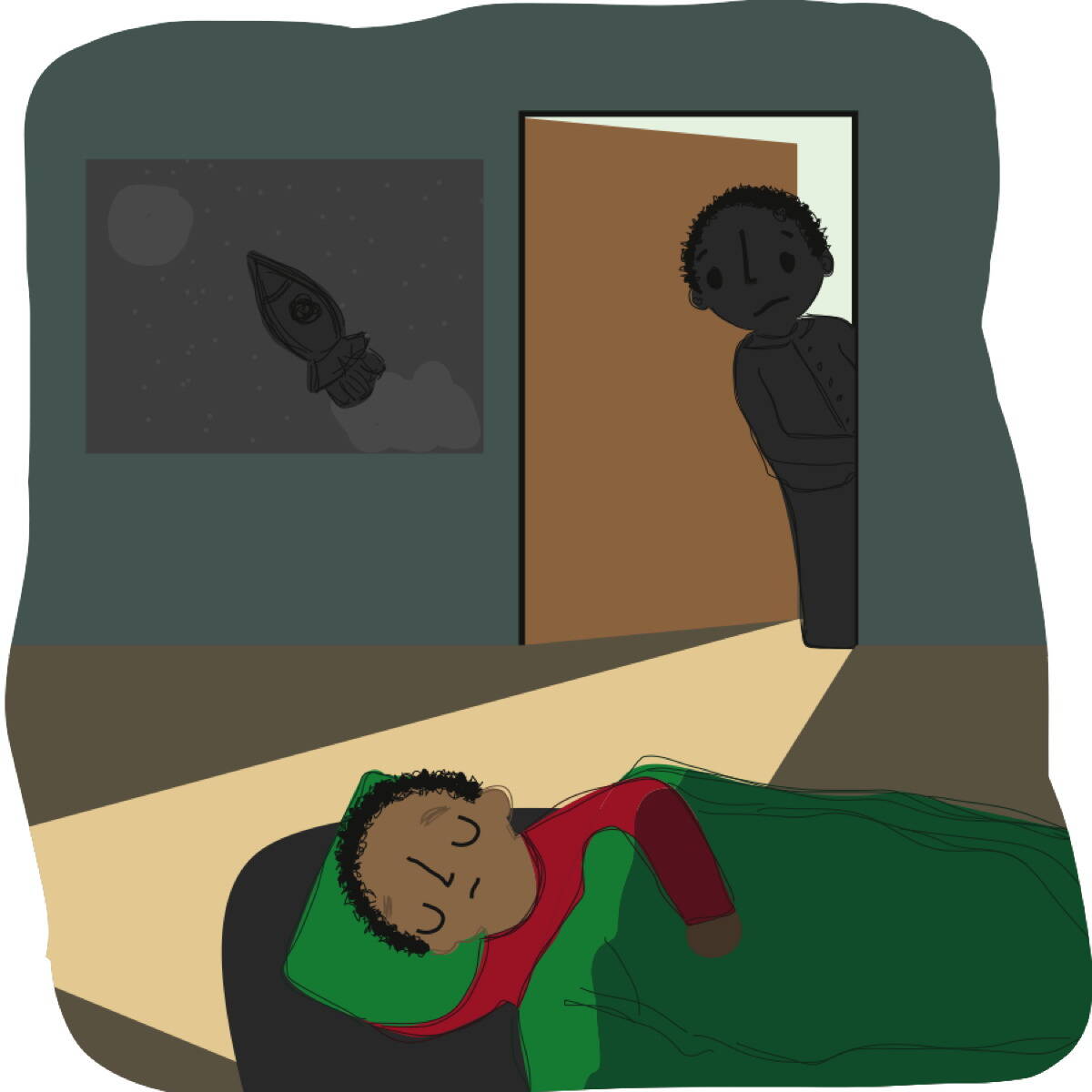 You’re finally starting to relax. You put your child to sleep more than an hour ago and haven’t heard a peep. Then chaos ensues: a bloodcurdling scream followed by a crying fit. You can’t get to little Suzy’s room fast enough. You fling her bedroom door open, but there’s no hideous monster hovering over her. And all of Suzy’s limbs are firmly intact. Yet she’s in a state of panic. You try to comfort her, but she doesn’t acknowledge your presence.

Less than 6 percent of children, mostly between the ages of 3 and 12, have night terrors, according to WebMD.

Tim Karpenske, sleep lab technologist and educator at the Sleep Disorders Center of HSHS St. Joseph’s Hospital, is trained to diagnose and treat sleep disorders such as night terrors, but it was his own child’s experience with night terrors that gave him firsthand knowledge. “It’s scary,” he said. “You’re sitting there at night holding your kid. It’s mortifying to see your child like that. It’s not called the ‘night scaries.’ It’s terrifying.”

That doesn’t help parents whose children are going through the ordeal now, though.

Karpenske said there are clear signs of night terrors, as well as things parents can try to hopefully stop them.

Night terrors are characterized by frequently recurring episodes of intense crying and fear during sleep. Rarely can parents wake children during an episode. Kids typically do not remember what happened when they wake in the morning, Karpenske said. Night terrors also tend to run in families. And while many times there is no specific cause, Karpenske said the most typical trigger is a stressful life event.

In the case of Karpenske’s son, they determined his night terrors started after a tonsillectomy. “The child often doesn’t know they are feeling stress,” Karpenske said. “But if you can offer reassurance, a safe environment and a good, steady routine, the child will feel secure.” Karpenske also asked for his son’s favorite toy, and then told him that all of the family’s love was inside of that toy. The child slept with the toy and the night terrors went away.

But it’s not always that simple.

Karpenske said another option is to disrupt the sleep pattern. If the child typically goes to bed at 9pm, and at 10pm the episodes begin, wake the child 10 minutes before the night terrors typically occur. Have him or her go to the bathroom, or get a drink of water. “Break the sleep cycle into a couple of pieces,” Karpenske said. If the child is at risk of hurting himself or others, it may be time to look into counseling or medications.

Corina Fisher is a licensed clinical social worker and substance abuse specialist with L.E. Phillips-Libertas Treatment Center in Chippewa Falls and HSHS Sacred Heart Behavioral Health in Eau Claire. Although she doesn’t specifically work with children, Fisher said she does help people who have sleep disorders.

“Most of the time they know what it’s related to – some sort of traumatic experience,” Fisher said. “It can be something short-term, too, like a death or car accident.” The same holds true for children with night terrors.

Fisher makes sure her patients don’t have a physical condition needing medical attention first, then she concentrates on coping skills. “We work on relaxation techniques, and thinking about positive things. I ask them to journal about the stress they feel. All of that should be done before bed,” she said. “It’s about simple things that we can change before bed.”

Karpenske said the same holds true for children. “It’s gut-wrenching for a parent, but to understand what is going on, and to know that parents can do a lot by just getting their child in a routine and minimizing stress is huge,” he said. “This is not something that parents have to feel ashamed to talk to their pediatrician about. For families, this is horrifying.”