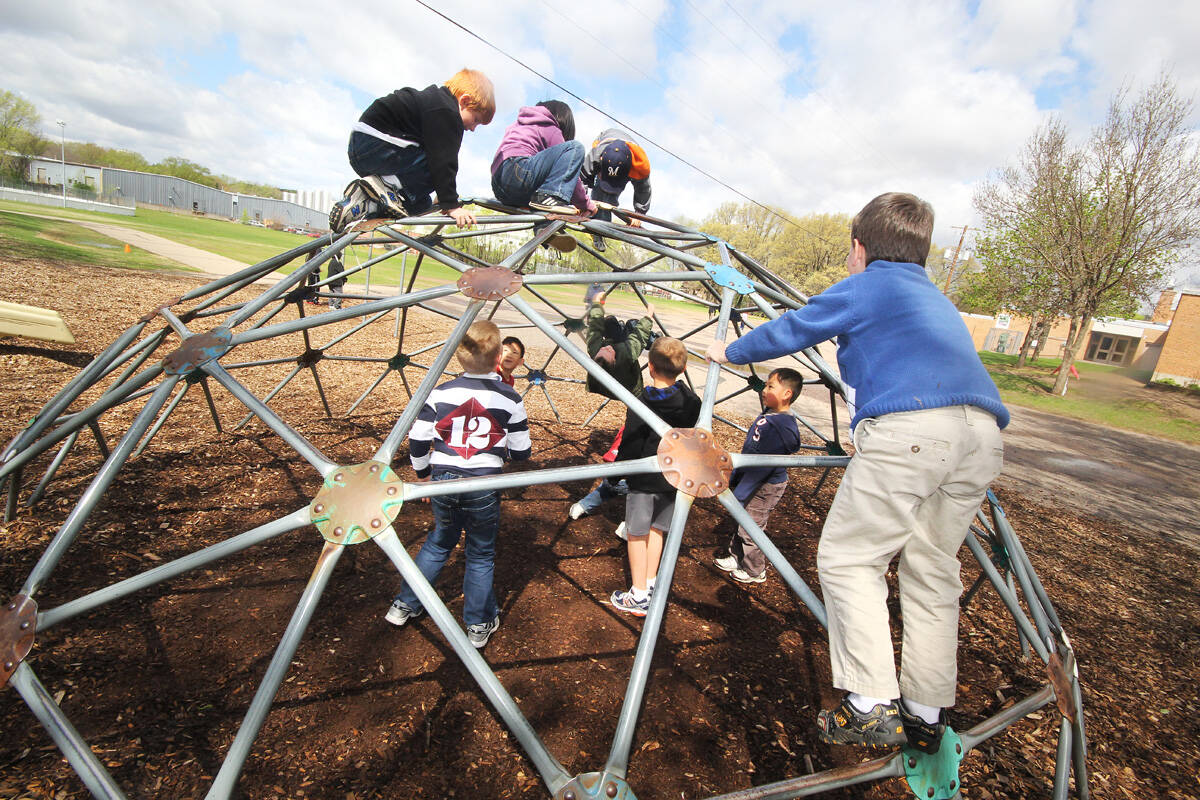 Eau Claire has always been a “playful” kind of place, but thanks to hard work by a group of local leaders, that description is now an official title. On May 18, Eau Claire will receive the Kaboom! Playful City USA designation. Playful City USA is a recognition program honoring family-friendly cities that are taking bold action to help all kids – especially those growing up in poverty – get the balanced and active play they need to thrive.

Armed with the belief that the well-being of society begins with the well-being of children, Playful City USA exists to elevate public discourse around the importance of play and also to recognize cities that are integrating play into the very fiber of their communities.

“My kids have grown up here, so I thought this would be a great way to shine a light on all of the terrific play opportunities Eau Claire has to offer,” he said. “Eau Claire has a long history of businesses, nonprofits, and municipal entities working independently to promote play and make our city a great place to raise a family, so the idea of uniting all these efforts under the Playful City USA banner made perfect sense.” Group member Carmen Peterson agreed: “After reading the proposal, it seemed like a great fit for the energy of the group and the already play-friendly city we live in.” So what exactly does the Playful City USA designation mean?

For starters, the announcement will kick off a citywide Pledge-to-Play campaign challenging residents to spread the word and promote their favorite places to play in Eau Claire. The designation will also provide increased access to areas of play, ideas for family-friendly activities, elevated stature for state and national grant opportunities, and – of course – a shiny new highway sign to make it official. As an added bonus, Chippewa Valley Family magazine has agreed to host Eau Claire’s “map of play” as it continues to feature play locations and offer resources about the importance of play in a child’s life.

For Chippewa Valley Family editor Renee Sommer the designation is about more than just putting up a few signs. “It’s about our community coming together to say our children’s health and well-being is important to us,” she said. “It’s about understanding that play is important to a child’s development, and to build a strong future for all of us we need to support our kids in what not only comes most naturally to them but what is also a vital component in their childhood: play.”

Sommer continued: “Chippewa Valley Family’s entire mission focuses on building strong families by providing the tools and resources families need to connect with one another and their communities. The Playful City USA initiative falls right in line with our overall goals and objectives. It’s the right thing to do for our Valley, for our kids, and for our future.”

“When I think back to when I was a kid, the freedom I had to play was immense,” said group member Teva Dekel. “I would be gone for hours and come back home just to grab a bite. My imagination was all I needed. I could be a king or a pirate or a villain. I spent my days playing with kids in the neighborhood and creating incredible fantasy worlds where we could take over each other’s thrones or forts.”

Group member Monica Obrycki agrees that there’s something missing in most families. “I have two children, and the word that kept resounding with me throughout this entire process was ‘unscheduled,’ ” she said. “We live in a time where each moment of the day can easily be consumed by an endless list of structured activity; however, it’s during unscheduled times that I’ve seen my kids’ lights shine.”

But Eau Claire’s Playful City USA designation isn’t just for the kids. Reflecting on their own favorite childhood pastimes, like kick the can and pick-up sticks, members of the group affirmed the power of play for grown-ups, too. “If we all just moved a little more, laughed a little more and experienced our beautiful parks a little more, then we would be a whole lot happier and healthier,” said Anna Sizer, community development director at Mayo Clinic Health Systems. Although he joked that Phil Rechek made the group do it, J.J. Smieja felt that being part of Playful City USA was more than just a group project. “The health and happiness of people around us should be far greater than the stress to succeed. With so much energy and passion going into the heart of Eau Claire, embracing the importance of play now will help ensure happy and successful families as we build new businesses and grow into new areas of town.”

Obrycki chimed in with an additional observation about the importance of play for the business community. “Many employers will tell you that one of their greatest challenges is attracting and retaining talent,” she said. “In fact, when the City of Eau Claire and City of Altoona economic development planners were asked what the biggest challenge is for our area, they both agreed that labor shortages are a real concern. In order to attract the type of talent we need for our community to be successful, we must support the inherent qualities of play: curiosity, imagination, and discovery. These are the foundational elements that lead to skilled and employable adults.”

For Latacia Greeley, the Leadership Eau Claire experience itself was filled with plenty of playful moments, “The people in this group are some of the best I have ever met,” she said. “I know it sounds cheesy and lame, but I just teared up a bit. They are amazing and smart people and the fact that we get to work hard and play hard together to make our community better is a true honor.”

Although the Playful City USA designation marks the end of the group’s Leadership Eau Claire project, group members hope that the designation is just the beginning of playability in the Chippewa Valley. Other cities who’ve received designation have discovered new assets to fill their communities with play, from installing musical instruments or kid-friendly art projects on the sidewalks to making “dead time” zones (such as bus stops, doctors’ offices, and laundromats) more playful to closing down specific streets so kids and families can play outside safely.

And while children’s museums and public playgrounds are definitely playable places, you don’t have to build such things to be part of making Eau Claire a playful city. In fact, the key to the Playful City USA program is remembering that play belongs to everyone! It belongs to the auto shop that builds windows so kids can watch the mechanics at work. It belongs to the stay-at-home-dad who sits among stuffed animals for a tea party. It belongs to the restaurant that creates a kids’ play place. It belongs to the teacher who spends hours making sure his classroom doesn’t feel like a classroom. It belongs to the bank that keeps pretend money and lollipops on hand for their smallest clients. It belongs to the neighbor who keeps extra bikes and skates in the garage for when the kids’ friends come over after school.

Play isn’t something that can be branded or packaged or sold. Instead, it’s something we all buy into as a community. “Being a part of something as big as promoting awareness of unscheduled play feels organic,” Dekel said. “It is something that comes from the soul: the desire for kids to behave as kids.” Ultimately, that’s why the Playful City USA designation isn’t about Kaboom or the Leadership Eau Claire group or Chippewa Valley Family. It’s about you, Eau Claire. And you totally earned this one.

Jacqueline Van Hemert is the Director of Programs & Events at the Children’s Museum of Eau Claire. She’s an enthusiastic advocate for the power of play, the power of “edu-tainment” and the power of a good cup of coffee.