Tale of Treasure: a fantasy story about overcoming anger 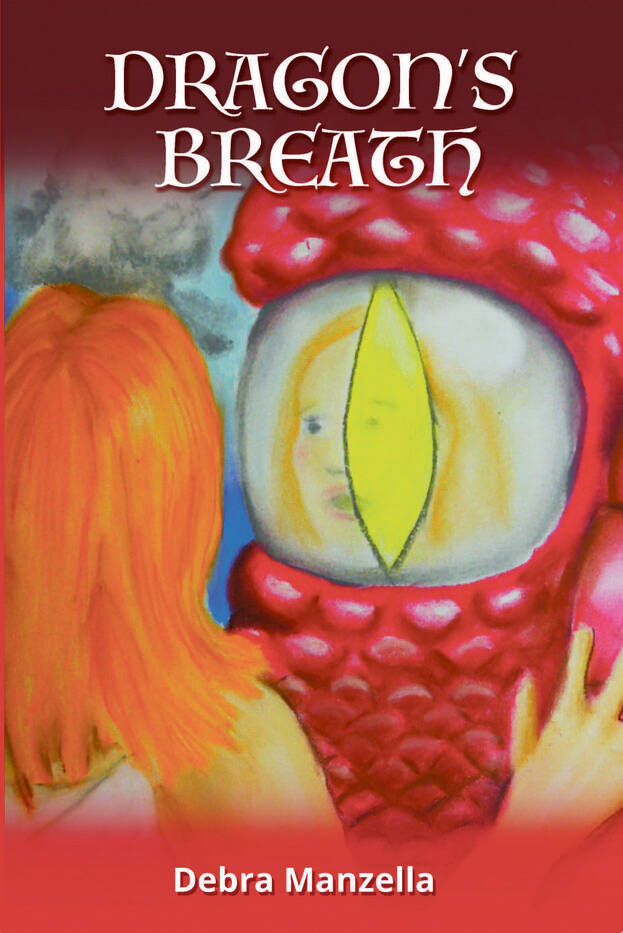 Eau Claire author Debra Manzella is back with her second book, a fantasy tale for children titled Dragon’s Breath. While her first book, The Dwarf’s Treasure, served as an introduction to the daughters of Mother Nature and Father Time, this new book focuses on Ruby, an aptly named redhead with a scorching temper and a kind heart.

The tale begins with the foreboding rising of a red sun. A great heat is sweeping across the enchanted land, and a dangerous fury builds and threatens the peace the princesses sought and achieved in their last adventure. Emerald, Diamond, Sapphire, and Ruby gather around the white witch Crystal’s Book of Charms for a story within a story telling of how this new threat came to be. And when it seems as if Ruby’s birth ignited the initial rage, Ruby decides she must be the one to quench it.

Manzella didn’t start out writing Dragon’s Breath with the intention of tackling the moral of overcoming anger. However, she explains, “As the story progressed, I got to thinking about bullies in schools and how anger is hard to control. … My books are intended to teach as well as entertain.” Each princess is unique and, as such, has different gifts and lessons to learn along with the readers. “Eventually, I would like to write a story centered around each princess and her special talent, but the girls always need to work together to be their strongest,” she says.

Dragon’s Breath was written for readers between second and fourth grade. With its large font and John Flottmeyer’s whimsical illustrations, it’s an inviting read for readers of all skill levels, even those less confident in their abilities. Manzella chose this age group in part because it’s the age of her own grandchildren. They serve as both inspiration and her greatest critics. As she explains, “They tell me what they like and don’t like about my books, so that I can improve with the next story.” She also chose second- to fourth-graders as her intended audience because, “They are starting to read their first chapter books. ...They are curious and willing to use their imagination. I want the stories to become more involved and more difficult so that this group will continue to be challenged in their reading and comprehension skills.”

Manzella looks forward to hearing young readers’ thoughts on the story and their ideas for other adventures these special princesses might have.

You can pick up your copy of Dragon’s Breath at The Local Store, 205 N. Dewey St., or online at Amazon.com.