The Road Less Traveled for a Reason 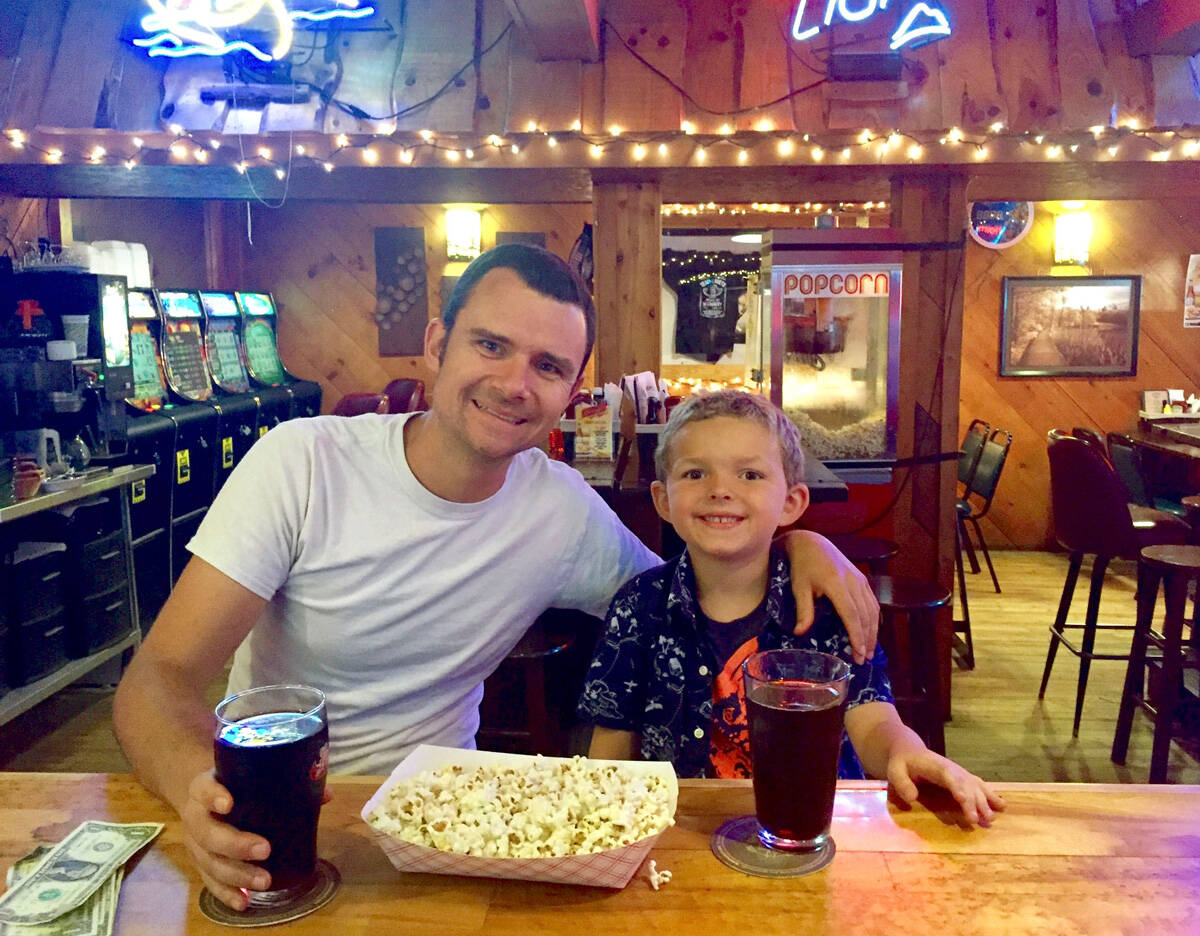 From the first mile, I knew our Wisconsin road trip was destined to end one of two ways: either my 5-year-old and I would bask in the glow of father-son bonding, or one of us would be hailing a cab.

Over the past 72 hours Henry and I’d spent time in Rhinelander, Eagle River, and Mercer, all stops on what I’d vaguely determined was a “book tour,” though the majority of our time was spent playing Marco Polo in the motel pools and combing every antique store we could.

On our final night – following a reading at the Mercer Public Library – he and I packed up our tub of remaining books and returned once more to the minivan.

“Almost home,” I said, as I started the engine. It seemed like the truth when I said it.

Shortly after pulling out of the library lot, the dusk gave way to darkness.

No problem, I thought, just follow the back roads to the highway.

Which would have been fine if it weren’t for the detours.

No worries, just turn on your GPS.

Which also would have served as a fix if my cell phone had reception.

What happened next seemed to be pulled straight from the pages of a storybook. A storybook written by Stephen King. Which was, indeed, the kind of story I had on my mind as we thundered through the desolate Chequamegon National Forest.

Sure, we were utterly lost and alone in the dark, but otherwise, things were fine.

Right up until a roaring truck loomed in the rearview. And stayed there. Just a bumper away. For 30 miles or more.

Which wouldn’t have been a big deal, either, if it wasn’t for the fog hovering around my headlights, making it difficult to see the darting deer.

Meanwhile, in the back seat, Henry paid little attention to his white-knuckled chauffer. The Kindle was charged, and the candy was flowing. What more could a 5-year-old want?

What his father wanted was for the newly lit “check engine” light to go off. But at that point in the evening, I’d have settled for a smoking carburetor and a ride home from a friendly tow truck driver.

You’re fine, I thought, glancing the truck headlights in the rearview, everything’s going to be fine.

Back in Mercer, everything had been fine. Better than fine, even.

In the hours leading up to the reading, Henry and I’d stumbled upon the Heart of the North.

That’s no figure of speech; that’s the name of a bar.

Once inside, we climbed onto stools, ordered root beers on draft, and ate boat after boat of complimentary popcorn. We tried our best to fit in alongside our fellow barflies: hunkering low in that dimly lit room, our grinning faces awash in TV glow.

It was our finest hour, and as we sat there – sipping foam and guessing the number of pickled eggs in the giant jar before us – I realized this was about as good as it gets.

Four hours later – after becoming lost in the dark and trailed by what I could only assume was a psycho killer – I realized that this was about as bad as it gets. I made peace with my maker, confessed a couple of sins, and then, in a Hail Mary attempt, began listing off all the vices I’d quit if someone up there saw fit to see us home.

Shortly before midnight, as we passed through the town of Winter, it appeared that my prayers had been answered. Not only had we found our way back to the main road, but we’d lost our psycho killer in the process. Miraculously, even the fog began to fade.

This was the big father-son moment I’d been waiting for. The world had seen fit to test us, and we’d managed to endure that test together. I turned to tell Henry we’d done it – that we’d successfully navigated the terrain like a couple of modern day Magellans – but upon glancing back, all I saw was his snoring silhouette in the car seat. The root beer had worn off, and our made-for-TV-movie moment was suddenly gone.

At least I thought it was gone until the following morning, when Henry regaled his mother with story after story about the frosty root beer, the buttery popcorn, and the best pickled eggs this side of the Mississippi.

“It was the best time ever!” he concluded.

My wife turned my way for confirmation, so I gave it.

Head down, eyes down: “Best time ever,” I agreed.

B.J. Hollars is the author of several books, most recently Flock Together: A Love Affair with Extinct Birds. He is an associate professor of English at UW-Eau Claire.