Get the Family Jazzed up for the Eau Claire Jazz Fest 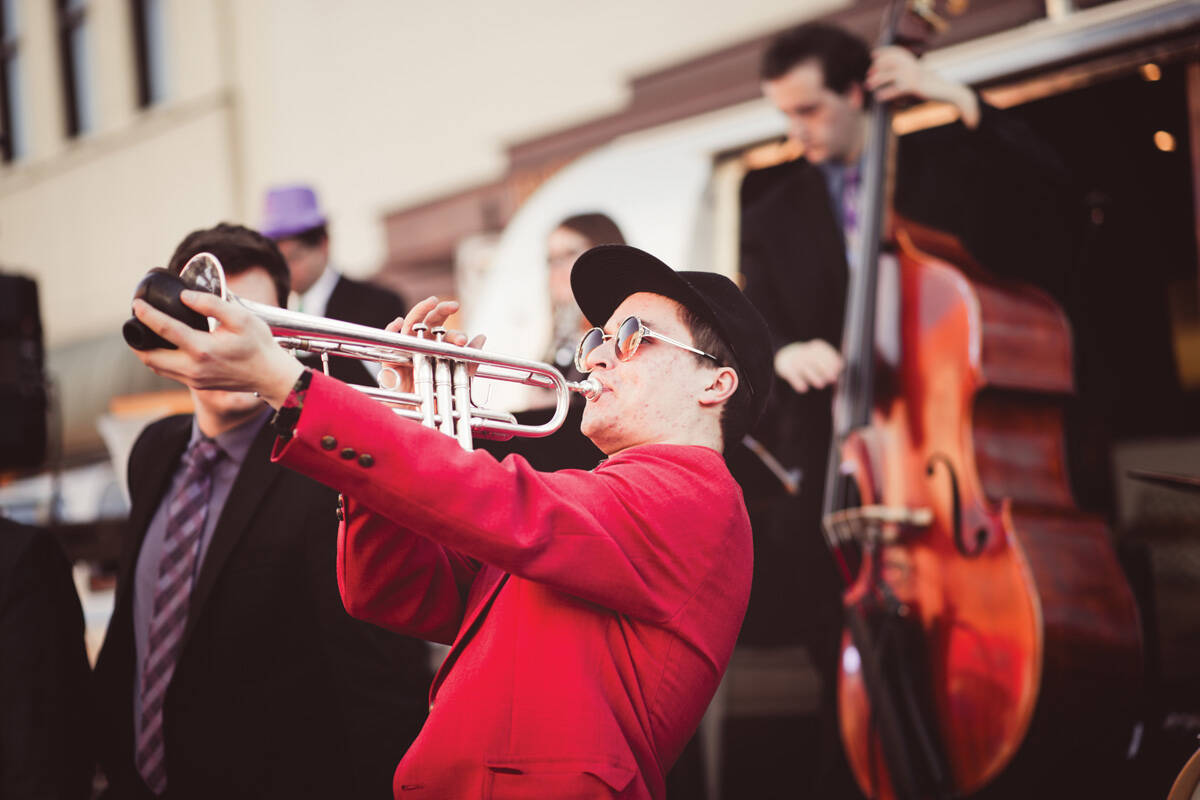 For more than half a century, Eau Claire has welcomed spring with big band standards and wandering improv riffs. This year, families will be able to enjoy the rhythm of 52nd Street as they wander South Barstow during the 52nd annual Eau Claire Jazz Festival. More than 60 bands will perform live jazz on Saturday, April 20, at 16 venues – 10 of which are open to all ages – around downtown.

The festival takes place April 20-21, beginning at the UW-Eau Claire campus with competitive performances by middle school, high school, and college students from all over Wisconsin and surrounding states. These performances are open to the public. The best-scoring college Honor Band and Honor Combo will perform at Friday’s Headline Concert at the State Theatre, while the top high school students will perform Saturday at the Davies Center. Notable guest artists will host clinics and master classes throughout the festival. These classes are open to all ages, educating participants on elements of music performance. Bob Mintzer and Bobby Sanabria will close out both nights at the Headline Concerts at the State Theatre. Mintzer is a Grammy award-winning saxophonist who plays in a number of ensembles, writes music and educational texts, and conducts the WDR Big Band in Cologne, Germany. Sanabria, also an award-winning musician, is a percussionist who specializes in Latin jazz. He teaches at the Manhattan School of Music and the New School for Jazz and Contemporary Music.

“I think (Jazz Fest) is a big anchor in the arts and culture movement,” said Gweni Smith, the festival director. She believes the Jazz Festival has played a part in developing the artistic economy of Eau Claire over the decades. This is the second year Smith has organized the Eau Claire Jazz Festival.

More information about Jazz Fest will be posted at eauclairejazz.com as details are solidified.

The 52nd Eau Claire Jazz Festival runs April 20-21. Competitive student performances and music workshops will take place both days on the UW-Eau Claire campus. 52nd Street is on Friday, April 20, at 16 venues in Downtown Eau Claire. Headline Concerts featuring Bobby Sanabria and Bob Mintzer, accompanied by UW-Eau Claire Jazz I, are April 20 at 7:30pm and April 21 at 7pm. General admission is $25, and student tickets are $10.