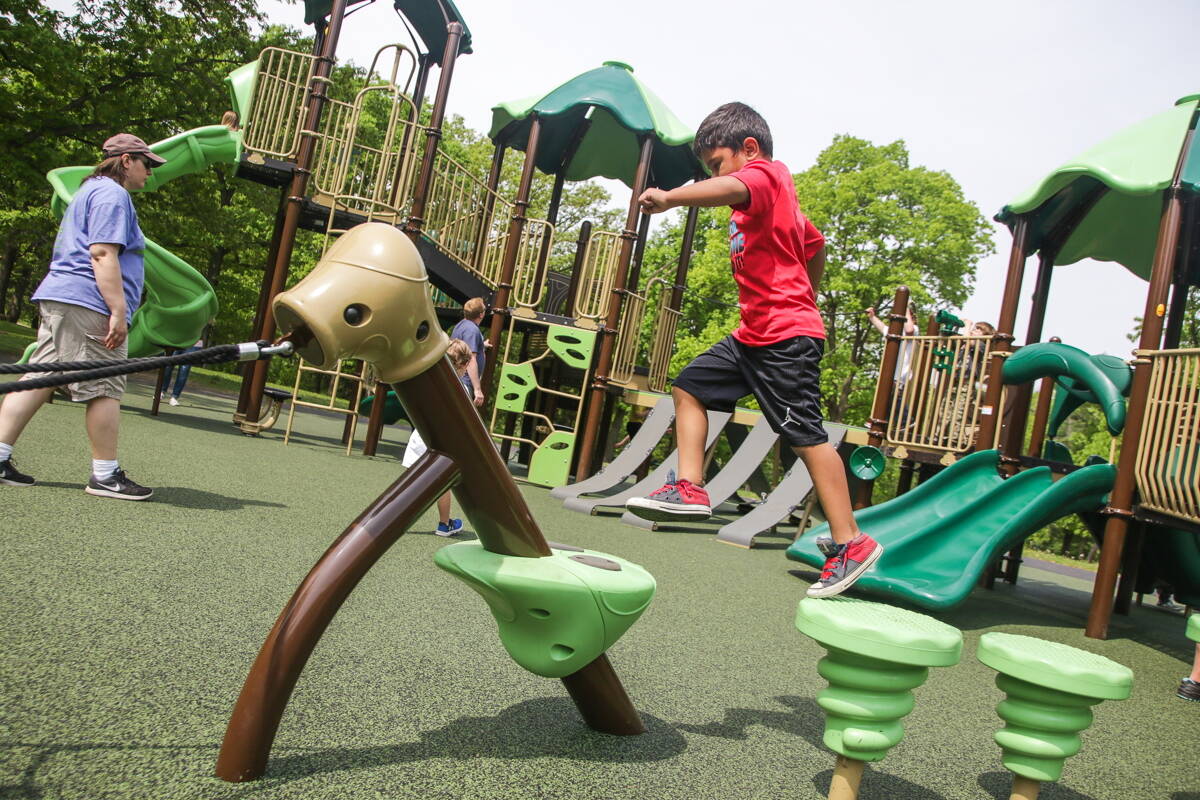 Carson Park’s playground recently received a beautiful, lime-green upgrade as the past play structure reached the end of its 30-year life expectancy. The $480,000 project from Playworld Systems features areas designed for different age groups and ability levels so that those in the 2- to 5-year-old age bracket can enjoy themselves as well as 5- to 12-year-olds. More than 13 elevated play elements, including a glider swing, are accessible to children in wheelchairs. The gravel ground cover was replaced with a rubbery safety surface, providing easier terrain for little wheels. This is an amazing step forward for inclusivity in the parks system so that all children can have the opportunity to enjoy themselves outdoors during the summer months. The playground is made of plastic and metal parts with more than 90 individual play elements, including not just physical activities but also sensory components such as musical instruments and a scavenger hunt throughout the structure. It rests on recycled rubberized surfacing and engineered woodchips designed for fall protection, which is much more sustainable, requires less maintenance from park staff, and is safer overall. It is also the first park in Eau Claire that features a zip line!

This playground, along with many others around the city, was renovated in the late 1980s and early ’90s as safety standards became much more stringent. Much of the equipment was updated for this reason back then, so most of the 26 playgrounds in the Eau Claire park system are coming to the end of their lifespans around the same time. The park still adhered to current safety standards, but the manufacturer no longer mass-produced spare parts for the old structure. When anything needed to be fixed due to general wear and tear, custom parts had to be ordered. The expense of preserving the old structure made complete renovation the logical next choice. The Parks, Recreation, and Forestry Department wanted to keep the old structure up for as long as possible last summer so that people could enjoy it for the rest of the warm weather, so demolition of the park started in late October. Construction went on for a couple of weeks until weather dictated the renovation to be put on pause. The iconic tall brown slides of Carson Park remained untouched, as they were renovated seven years ago and are predicted to be safe for another 15. Todd Chwala, the department’s community services manager, said that they recognized that these slides have always been “a focal point of the playground and it wouldn’t have been the same place without them.”