You’d throw a fit, too, if you were still figuring out how life worked 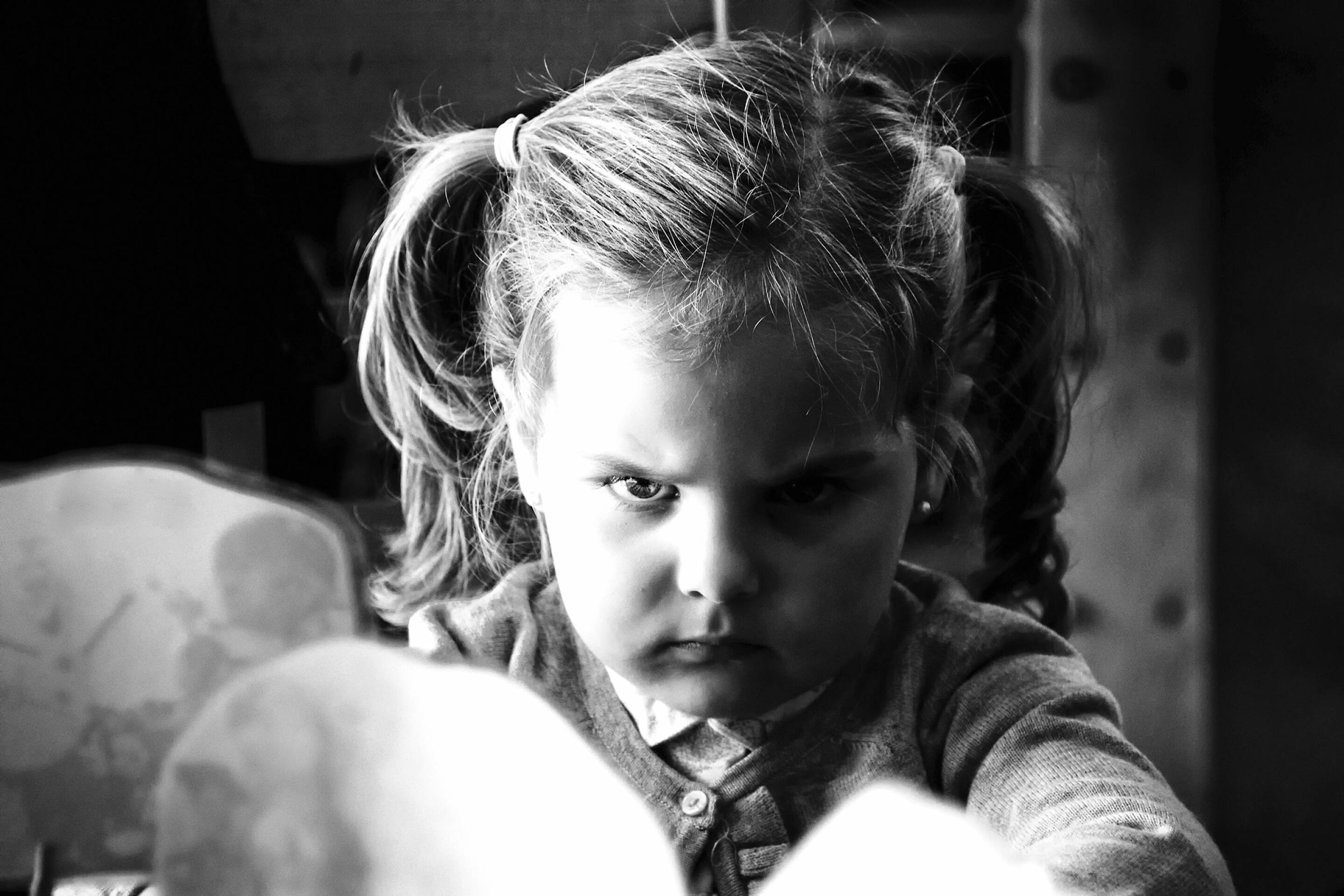 We started the day with a tantrum because we woke up with pajamas on. Literally open eyes, cry, scream: “Pajamas off!  Want shirt and pants!”, cry some more, eventually calm down and blow your nose on Dad (the universal sign of the end of this particular tantrum).

We made it almost through putting said shirt and pants on when our 3-week-old Band-Aid came off, which is now an extension of our being and thus was like losing a limb. Cry, want a “Van-Baid,” blow nose on Dad, etc. My daughter was 2 at the time. Often the “Terrible Twos” seemed like a myth: It’s true 2 percent of the time but mostly just a lot of inaccurate information based on the trials and tribulations of a tiny human figuring out how they work, and how you work, and what fits up their nose, and what fits up your nose.

I ask my daughter if she wants oatmeal because that’s what I’m having for breakfast. “No, cinnamon toast.”  Before I can even open the fridge door, she cries: “No ... want ... cinnamon ... toast!” If I had a Star Trek food replicator, it still wouldn’t be ready yet. I try to explain this to my little bundle of joy, but trying to rationalize logic to a 2 year old in the middle of a tantrum is kind of like trying to juggle chainsaws in outer space. It just doesn’t work for a variety of reasons.

Eons later, cinnamon toast is done. I push the plate in her direction cautiously and timidly, in the same way a first-time zoo keeper would feed a tiger. Will she be so ecstatic that she devours it and tells me I’m best Dada in the world? Or will I have to dodge flying cinnamon toast, plates, and whatever else is within her grasp that she could throw at me? All scenarios are equally possible. It’s a high-pressure moment.

I’ve decided that all those contestants on those reality cooking shows don’t have children. I can do a grown adult swearing at me and belittling my cooking technique all day. Try making cinnamon toast when you are half awake and you need to toast it ever-so golden brown, apply minimal butter and a 2:1 ratio of sugar to cinnamon, and perfectly cut the toast into exact geometrically accurate triangles while a toddler watches your every move and if you make the slightest inconsistency you will have to start all over and you haven’t even made coffee yet and had to leave for work 5 minutes ago and you are still wearing pajamas and the house might be on fire. Cooking shows would be like a vacation.

My daughter takes a half second glance at the perfectly prepared cinnamon toast in front of her. “No, Dada! Want oatmeal!” Oh, OK. See, I thought the meltdown about wanting cinnamon toast actually meant you wanted cinnamon toast. My mistake for not realizing that was code for oatmeal. I begin preparing oatmeal, receiving slightly incorrect commentary from the literal peanut gallery on the preparation. Apparently my recipe for morning oatmeal includes salt, pepper, and a cup of sugar. Delicious.

So as I eat oatmeal, drink my coffee, and think about this collection of atoms, each one perfectly in its place – each more perfect than the next – sitting beside me, I can’t help but treasure these moments, as frustrating as they may be at 7am, half awake, as they are finite and that’s what makes them so special.  By the way, she is enjoying her cinnamon toast so much she is counting the bites.