Preserving That Ol’ Camp Magic: Staying on as a counselor is one way to extend the joy of summer camp 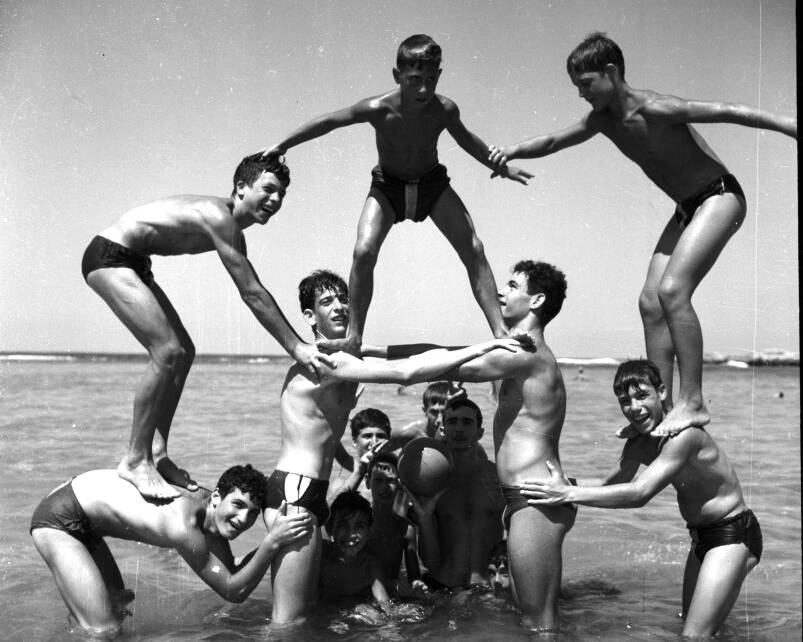 There’s no place on earth more sacred than summer camp. No place more wondrous than the edge of a dock at dusk.

I know because I am there – an 8-year-old alongside all the others, trembling in my swimsuit as I await the whistle blow. Our counselors take their positions, strapping their lifeguard tubes across their chests like bandoliers. The wait feels interminable, our scrawny bodies a swirl of kinetic energy, which we attribute mostly to bug juice. All we want in the world is to enter that cool water, to feel the muck between our toes, the seaweed against our ankles, and the heart-racing terror of not knowing which fish will nibble who first.

“Who but a counselor, after all, can turn a blade of grass into a whistle? Or a tangle of dandelions into a crown? Every day, we counselors expanded our repertoire: bandaging scraped knees, applying calamine lotion. ... But mostly, we grew to become big brothers and sisters to our beloved campers, and we were gobsmacked, week after week, by the heartbreak of having to say goodbye.”

When at last the whistles shriek, the cannonballing begins. We are relentless in our bombardment, hurtling ourselves into that darkness until the once placid waters transform into a kid-churned maelstrom. From across the swimming area, I hear a solitary “Marco!” followed by the chorus of “Polo!” That day – and all the days after – we’ll swim until the sun runs out.

But as every camp alumnus knows, there comes a day when even the summers run out. To buy oneself a little more time, the savvy camper will attempt the transition to counselor. Which, for me, prolonged my goodbye to the camp I loved for another three summers. The transition wasn’t without its challenges. As a camper, your job is to revel in the magic of camp, but as a counselor, you are expected to make it. It is a charge nearly as sacred as summer camp itself.

Who but a counselor, after all, can turn a blade of grass into a whistle? Or a tangle of dandelions into a crown? Every day, we counselors expanded our repertoire: bandaging scraped knees, applying calamine lotion, working the plunger with good cheer and aplomb. We learned to start fires and put them out. To raise flags and lower them. We threaded bait onto hooks and bobbers onto lines. We drained capsized canoes, re-strung bows, and dispensed with one wave of homesickness after another. But mostly, we grew to become big brothers and sisters to our beloved campers, and we were gobsmacked, week after week, by the heartbreak of having to say goodbye.

Thankfully, there were always new campers to fill the void. A fresh batch of boys and girls anxious to test their mettle on the climbing tower, or lose their shoes in the mud. By summers end, the only perfume we counselors knew was bug spray. Every joke was an inside joke, and we began to speak in a shorthand wholly untranslatable to those who were not there. We knew every bullfrog by name, every squirrel by its temperament, every patch of poison oak on the premises.

And then, in the time it takes for a firefly to flicker, the summer – which once seemed so endless – eventually reached its unceremonious end. As the last cohort of campers waved goodbye, we counselors wondered what came next. Who could we make magic for if not them?

Today, I view my camp counseling experience for what it really was: a dress rehearsal for parenthood. A chance to play a role I wasn’t sure I wanted. Camp clarified my position on the matter. It was a place where I could feel simultaneously scared and safe. A place where I could leap into dark waters while knowing, too, that an eagle-eyed lifeguard was always just a breast stroke away. It was the kind of place where if you forgot the words to a song, someone would fill them in for you. But most importantly, it was a place where goofiness was close to godliness, and, as our T-shirts read, a place where there were no strangers “only friends you haven’t met.”

The truth is, I can’t remember too many of those campfires, or any of the words to those songs. What I do remember is the sunbaked warmth of that metal dock beneath my 8-year-old feet. And the butterflies in my stomach as we campers waited for those whistles to blow.

For me, it’s these memories that informed everything that came next. A decade after that first leap from the dock, I donned the whistle and did my part to make summer camp feel sacred for somebody else. I did so in the hope that one day those campers would, too.

Of the many lessons I learned at summer camp, none are more important than this: in our own way, we are all magic makers. The trick is to suspend your belief that you’re not.

B.J. Hollars is the author of several books, including a collection of essays, Harbingers, which will be published April 2. He is an associated professor of English at UW-Eau Claire. Learn more at bjhollars.com.