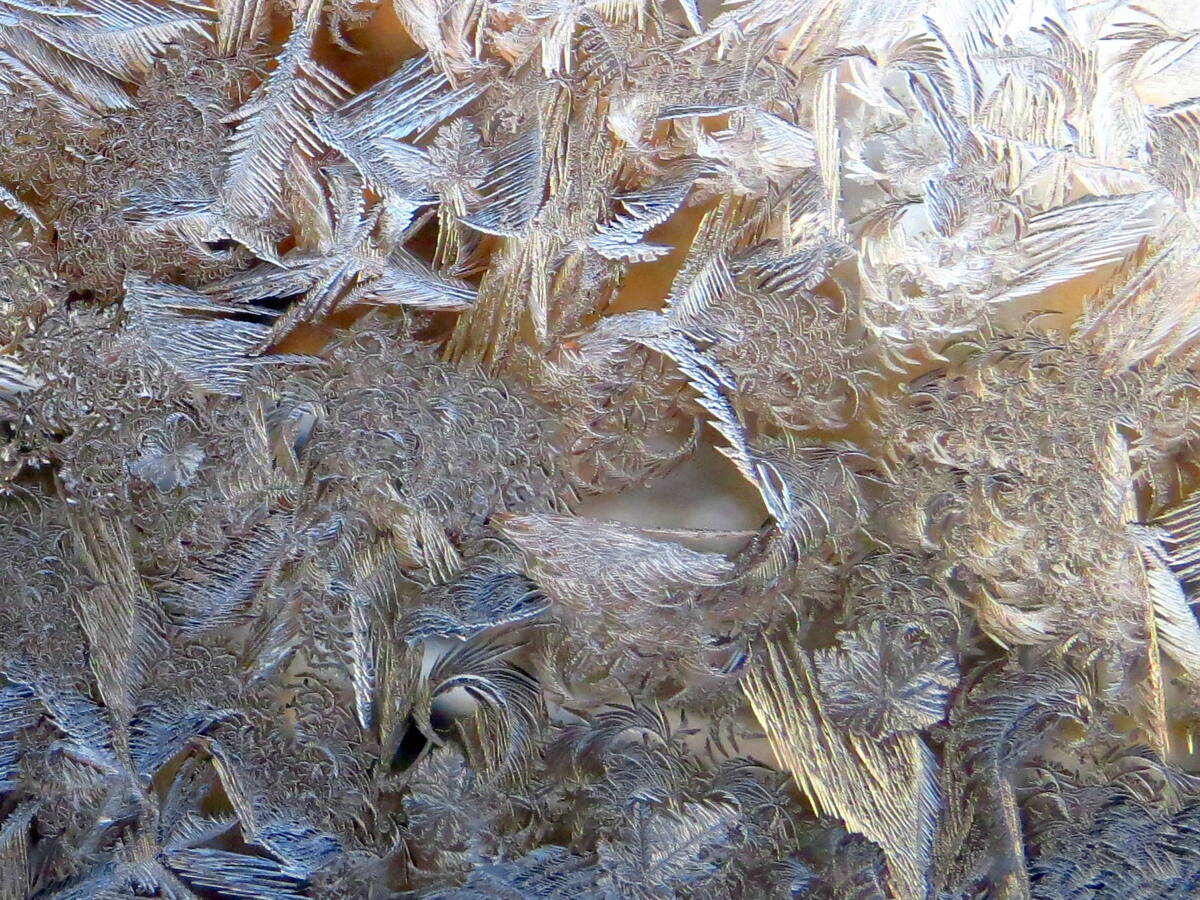 Brrrr … it’s getting chilly out there! It’s fun to walk out in the mornings and see that lovely coating of white frost. But what is frost, anyway?

There are different kinds of frost, depending on how they were formed.

Radiation frost is the most common and is what accumulates on windshields in the morning. We usually just call this type plain old “frost.” It occurs when the weather is calm and cold under clear skies. Clear skies allow surfaces such as windshields and grass to quickly radiate heat out to space. When surfaces cool below freezing, water vapor touching those freezing surfaces instantly turns to ice. In other words, this frost skips the liquid stage and turns directly into a frozen solid. This is called deposition.

If radiation frost is thick enough, we call it hoarfrost. “Hoar” means “ancient” or “gray,” and hoarfrost looks like a fuzzy gray beard.

Another common sight later in the winter is frost on your window. This fern frost happens when it’s very cold outside but warm and humid inside. Humid air touches the cold glass and freezes on the inside of the window into beautiful patterns that can look like fern fronds or feathers. Dirt, cleaner residue, and scratches on the glass all change the patterns. Rime Frost in all it's frozen glory.

Less commonly seen in the Chippewa Valley is rime. (“Rime” means “crust.”) Rime occurs when the air holds a lot of supercooled water droplets, as in freezing fog. (Water droplets that are “supercooled” are below freezing, but have nothing to freeze onto, so they stay liquid.) When these supercooled water droplets touch a surface, they freeze into a solid. More and more tiny droplets gradually freeze and accumulate. Rime can grow very long and thick on the windward sides of objects and can look like combs or feathers.

As we move into winter, the air will be too cold to hold enough moisture to form frost. We’ll see several months of snow before we have to scrape those windshields again in the early spring when moist air returns.