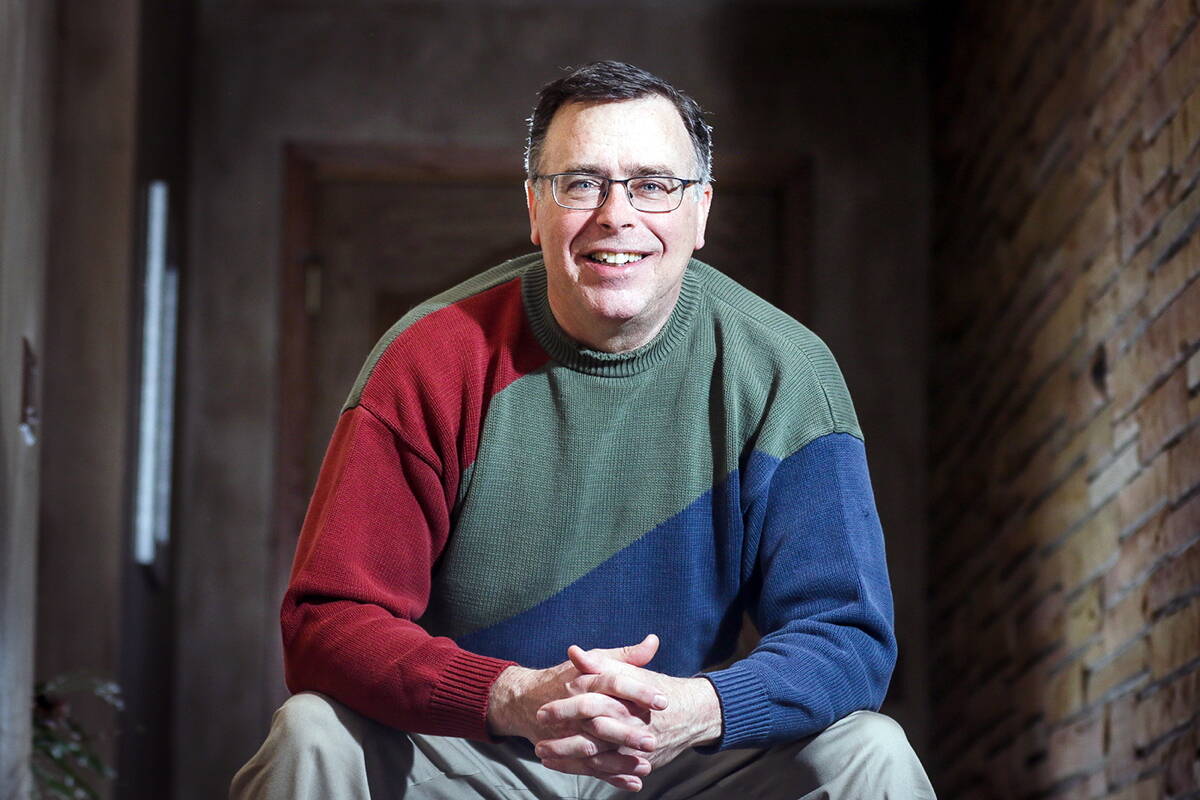 Christopher Thielen, an engineer from Chippewa Falls, recently self-published his first children’s book, The Chicken from Czechoslovakia. The story was originally told by Thielen to his four (now adult) children as part of their bedtime routine and preserved in writing by him at his wife’s urging. Years later, Thielen’s wife, Gail Jean, found the text and had it printed on Shutterfly as a gift for Thielen. He was so inspired by the gift of the story in print that he decided to find an illustrator and publish the story to share with the world. Thielen collaborated with illustrator Andrea Merboth, an acquaintance who had always wanted to illustrate a children’s book, to transform a bedtime story into a storybook.

“It’s a wonderfully positive book about believing in yourself, pursuing your dreams, and seeing that you are a special individual with your own talents.” – Christopher Thielen, author of the children’s book The Chicken from Czechoslovakia

The story itself was inspired by – and originally told to – one of Thielen’s children more than 15 years ago.

“One of the ways I would create stories for my kids was to ask them for inputs to create the plot line,” Thielen said.  “Name a place, name an animal. … The night I created this particular story, one of my children was having issues with giving up and coming up with excuses as to why he couldn’t get things done. So I wove all that together and The Chicken from Czechoslovakia emerged.”

The story features Chuck the Chicken, who wants to be a ski jumper, but has been told that is not a realistic endeavor for a chicken. Still, Chuck believes in himself and his goal, and sees an opportunity to do something he has always wanted to through unconventional means. He draws on his own strengths – specifically the frequently overlooked wings of a chicken – to make his dreams come true.

“It’s a wonderfully positive book about believing in yourself, pursuing your dreams, and seeing that you are a special individual with your own talents,” Thielen said. Cover art for the Chicken From Czechoslovakia

Thielen said he spent hours researching chickens to determine what Chuck should look like and how to bring this character to life. Merboth, the illustrator, found a picture of an adorable crested chicken, and Chuck came to life in watercolor. Of the hundreds of types of chickens they found while researching, they settled on Chuck being a Silver Lake Polish Chicken, with the understanding that the breed is known for being productive and smart – both attributes the chicken in the story possesses. Thielen has already written a draft of a sequel to this story, but at this time has not determined whether he and Merboth will be collaborating again on the story to have it published. He does also plan to publish another, unrelated piece, in the future.

Thielen dedicated The Chicken from Czechoslovakia to his daughter, Hanna, now a kindergarten teacher. He feels the positive, encouraging message of the book is one that kids nowadays need to hear, and he hopes the story is enjoyed by readers near and far. Thielen said the proceeds of the book will be split between the writer and the illustrator, and he has agreed to donate his portion of the proceeds to St. Jude’s Children’s Hospital.

The Chicken from Czechoslovakia is available for purchase at amazon.com.