The Playing Field: Finding Some Roots in a Wide-Open Space 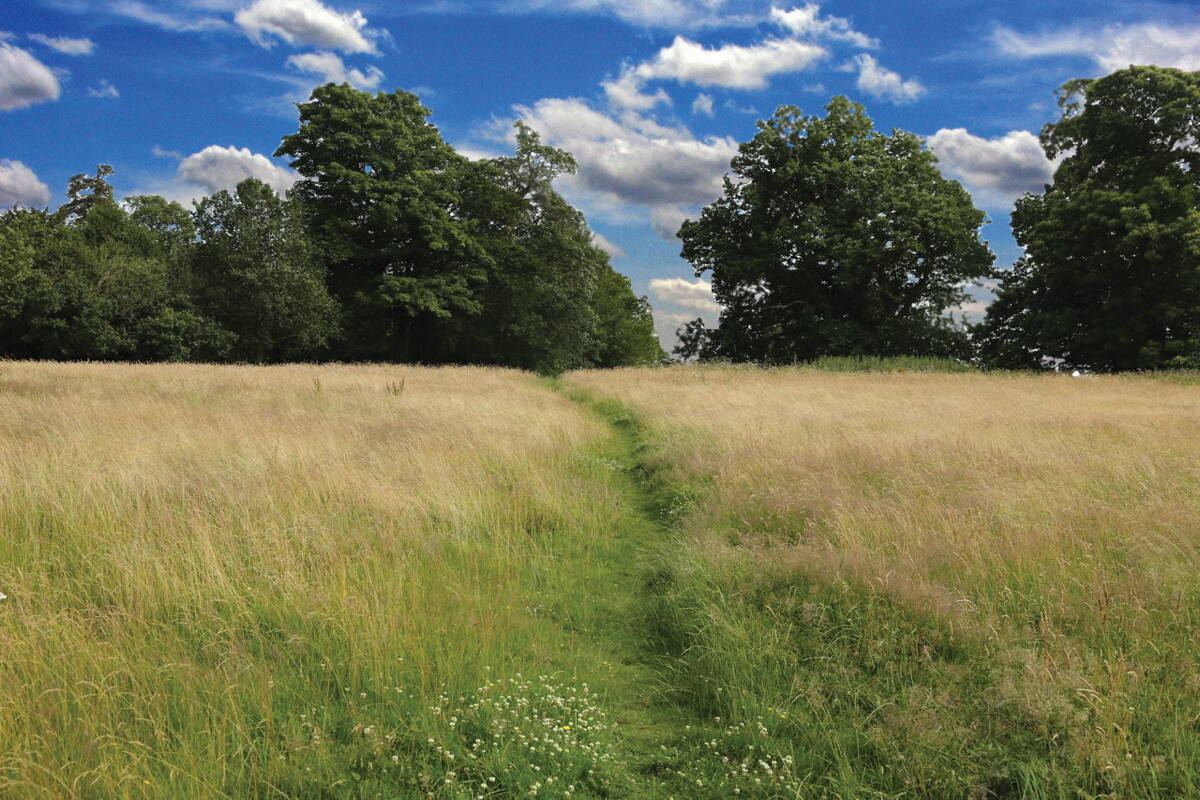 I grew up on Eau Claire’s west side, almost directly across the street from a huge empty lot. The lot was mostly covered by a field of tall grass, but it contained a few small pockets of woods and an old dead tree just laying on its side out in the middle, all by itself. It hadn’t been cut down. It just got old and died.

This wasn’t a brand-new neighborhood, some cookie-cutter housing development. My parents had built our home in a largely empty chunk of land where a few new houses cozied up to the older ones. The lot across the street was big enough to hold three full-sized houses, each with a massive back yard. Today, that’s exactly what you’ll find there. But for years and years it was just a big field with nothing in it.

We didn’t really go into the field in the wintertime, when the snow was high. But when spring showed up, we’d run back out there, revving our games back into gear, trudging through the soggy, brown grass left there to wilt the previous fall. Our pant legs would get soaked. Our butts would get dirty. Our hands would somehow find mud in that sea of weeds.

It belonged to me and my friends. It was ours.

There were about 10 kids on our block of the grade-school age, but only five or six of us took to the field after school and on the weekends. My best friend and his younger brothers lived right next to it. We had secret hideouts and trails. We had shortcuts and battlegrounds. We had a different set of games for every square foot of that field. Because we owned it.

That old dead tree I mentioned was pretty big. Toppled onto its side and beaten smooth by years of wind and rain, we could straddle it like a horse. But we didn’t play cowboys and Indians. The Lone Ranger enjoyed a brief resurgence in the early ’80s, and my parents bought me some of the toys, but the Masked Man could never hold his ground against Darth Vader. That big log was the Millennium Falcon more often than not, and we’d scramble across the field as Storm Troopers blasted laser bolts past our ears and we yelled, “We gotta get off this planet! Run!”

Then we’d hop onto the old tree and argue over who got to punch the imaginary hyperdrive button. Sometimes one of us would – “Oooooh nooooo!” – fall overboard during takeoff, forcing a dangerous high-speed rescue.

Eventually, we all learned to ride our bikes, and that big dead log just seemed kind of ... slow.

We didn’t really go into the field in the wintertime, when the snow was high. But when spring showed up, we’d run back out there, revving our games back into gear, trudging through the soggy, brown grass left there to wilt the previous fall. Our pant legs would get soaked. Our butts would get dirty. Our hands would somehow find mud in that huge sea of weeds.

Do you ever just reach down and grab a big clump of grass with both hands, just to ... pull on it? I used to do that all the time. If the field was mucky enough, I could grab a bunch of weeds and slowly drag their root system up out of the Earth with a satisfying thhhhweeeerp. I felt like He-Man, Master of the Universe, and when I bragged about my He-Manly triumph to my friends, they’d give it a shot, too.

If the roots were stubborn, refusing to be ripped from their home, I’d lean back on my heels and feel the weight of my body, hanging like a little counterweight. Seconds ago this grass was a meaningless clump of dead-ish plant matter. But now, feeling how fused it was to the ground, it meant everything.

I had absolutely no doubt about this: If the world was suddenly flipped upside down, I knew the weeds would hold me. I could just hang there, holding onto that clump of grass as my feet dangled towards empty space, the clouds chugging along far below. If my hands were just strong enough to hold on, I’d be safe.

And everything else would tumble down into the hazy blue springtime sky.