Lessons From Ye Olde Past

learning about chivalry, tolerance, and turkey legs at the renaissance faire 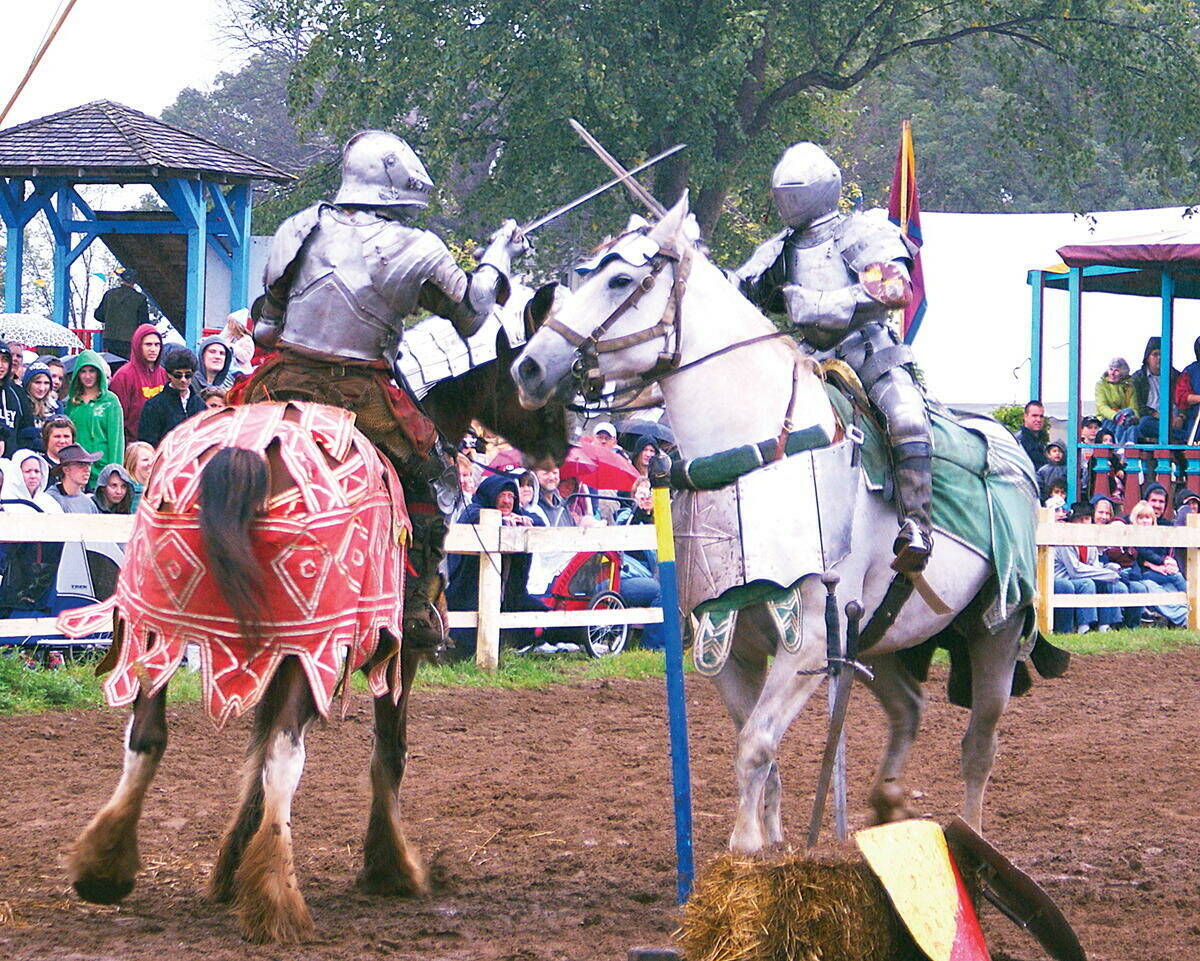 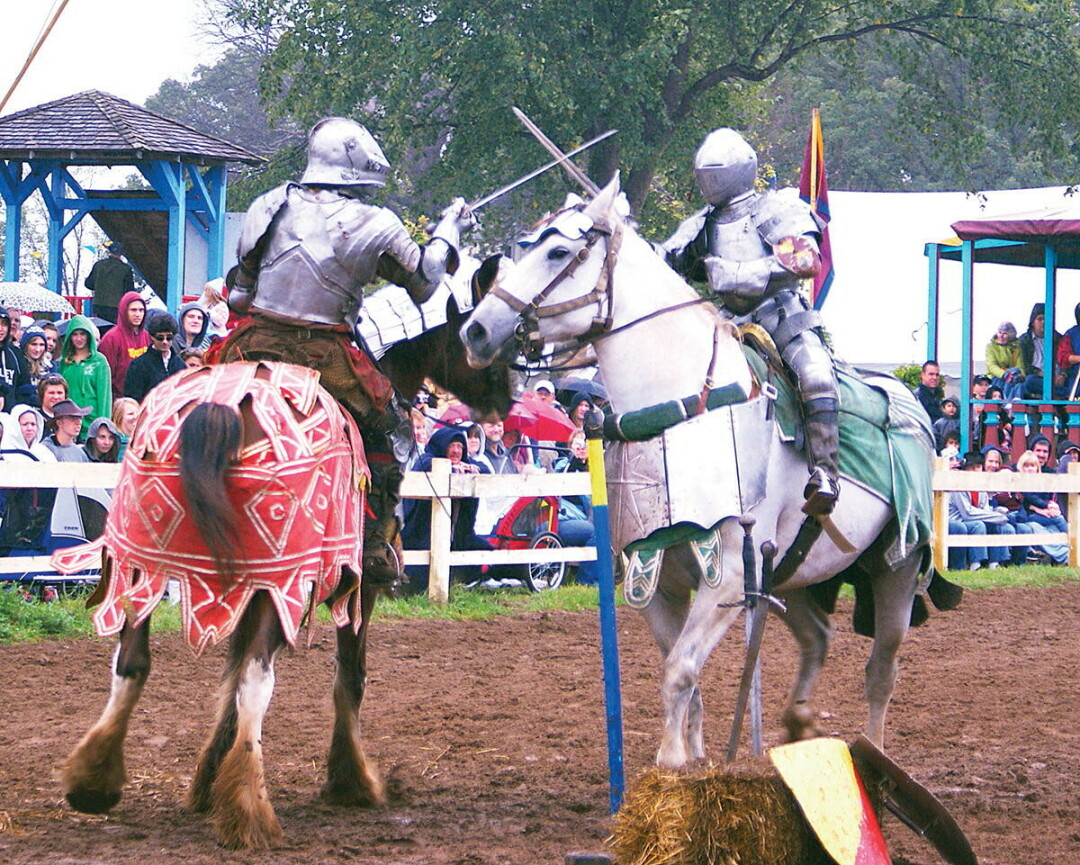 My plan was simple: invent a time machine, make a brief trip to the 16th century, disparage a hot-headed knight, get challenged to a joust by the aforementioned hot-headed knight, win said joust, and finally, return to the 21st century to place one giant checkmark alongside my “They-Said-It-Couldn’t-Be-Done” bucket list.

What could be easier?

A lot of things.

In fact, the easiest way to achieve the same end, I soon learned, was to bypass the time machine altogether. Instead, one Sunday last summer, my friend and I just hopped in his truck, buckled our 7-year-old sons into the backseat, and made the two-hour drive to Shakopee, Minnesota, home of the Minnesota Renaissance Festival.

Maybe it wasn’t exactly the same as traveling into the distant past, but close enough. And if it turned out the renaissance festival couldn’t provide me a hot-headed knight worthy of jousting, then I’d make do with a Vikings fan.

As we pulled into the parking lot, my friend and I attempted to get our boys into the renaissance mood by inserting the phrase “ye olde” before every modern-day reference.

And so, upon parking ye olde truck, we boarded the ye olde school bus to shuttle us to the ye olde gates. But not before making a brief pit stop at ye olde porta potties, which, by my estimation, were about as clean that day as the privies from half a millennium before.

And then it happened: No sooner had we walked through the festival gates than we’d left one era and entered another.

I notice another rule of knighthood scrawled right there on the certificate: “Remain free of racial and religious intolerance.” it read. “Remember that if you want to be respected you must also respect others.”

Would you believe me if I told you that the renaissance festival was all I dreamed it would be and more? From the turkey legs, to the bawdy humor, to the era appropriate mud, every detail was perfectly curated down to the pantaloons.
The only anachronisms were the modern-day prices. Somehow, I doubt even lords and ladies shelled out eight bucks for a bread bowl filled with soup. Still, I had to admit, it was cheaper than a time machine.

We made our way toward the jousting tournament, where I readied myself for the battle to come.  I cleared my throat, preparing myself for cowardly combat. Though once I was within heckling range of my hot-headed knight, I did the unexpected thing: I kept my big yap shut. A glance toward my wide-eyed son had reminded me that perhaps there was something more important here than my checking off some ego-driven, childish prank from my bucket list. Plus, he’d shot me his “Please Don’t Embarrass Me Look,” and I’d felt compelled to oblige.

To save face, I persuaded myself that my ability to refrain from getting us kicked out of the renaissance festival was the braver act anyway.
Not all heroes wear chainmail.

For my efforts, we were treated to another six hours in the 16th century. In which time we watched a man swallow fire, saw a glassblower make a goblet, and accidentally entered a museum of medieval torture devices (“Don’t tell your mother,” I begged.)

By early evening, our spirits were soaring. And they only soared higher when, at the request of some guy dressed as his Majesty King Henry, both my son and his buddy were brought before the royal court to become knighted. My son knelt before the king as his majesty placed the flat end of the sword blade upon my not-so-little boy’s shoulders – first his left, then his right.

At the ceremony’s close, as my son rose to his feet to accept his certificate of knighthood, I came startlingly close to shedding a few ye olde tears. This coming from the guy whose intention for attending the festival in the first place was mostly to stir up trouble. But here was a king telling my son that knights must never stir up trouble. That instead, knights must live their lives with honor, loyalty, courteousness, and other chivalric qualities.

Later, when my son hands me his certificate of knighthood so that he might go root out evil in the world (or rather, hit his friend with a pillow case while balancing on a log), I’ll notice another rule of knighthood scrawled right there on the certificate: “Remain free of racial and religious intolerance,” it reads. “Remember that if you want to be respected you must also respect others.”

Blame it on the bread bowl, or the turkey legs, or one too many draughts of mead, but in that moment, I fell a bit in love with the renaissance. Here, amid the paupers and knights and kings and queens, we were all learning a lesson about mutual respect. No matter if it wasn’t exactly historically accurate (see: The Thirty Years’ War, The St. Bartholomew’s Day Massacre, amid other instances of astonishing acts of intolerance), at least we were getting it right now. My friend and I watched on proudly as our newly knighted boys held their heads high, dodged swinging pillowcases, and committed themselves to their higher calling.

Maybe I hadn’t succeeded in my quest to defeat a hot-headed knight in the joust, but I like to think I checked off another bucket list item instead. I learned to behave in a manner befitting my station; a father ought to know better than to act a fool.
My son, ye olde knight, taught me that.

B.J. Hollars is a father, a writer, and a professor of English at UW-Eau Claire. His most recent book is Midwestern Strange: Hunting Monsters, Martians, and the Weird in Flyover Country, which was published in 2019 by the University of Nebraska Press.