a community of giant pumpkin growers thrives in the Valley 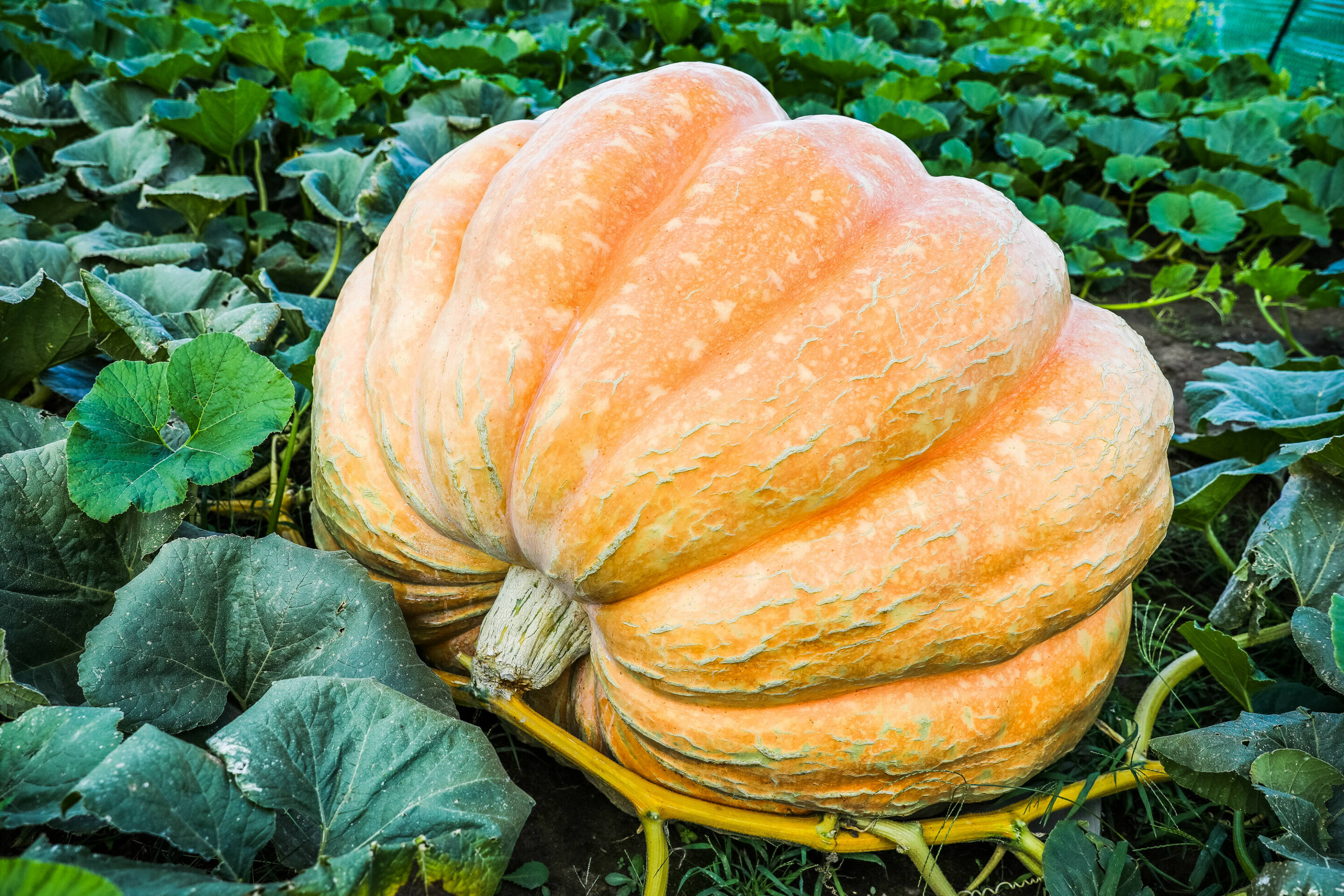 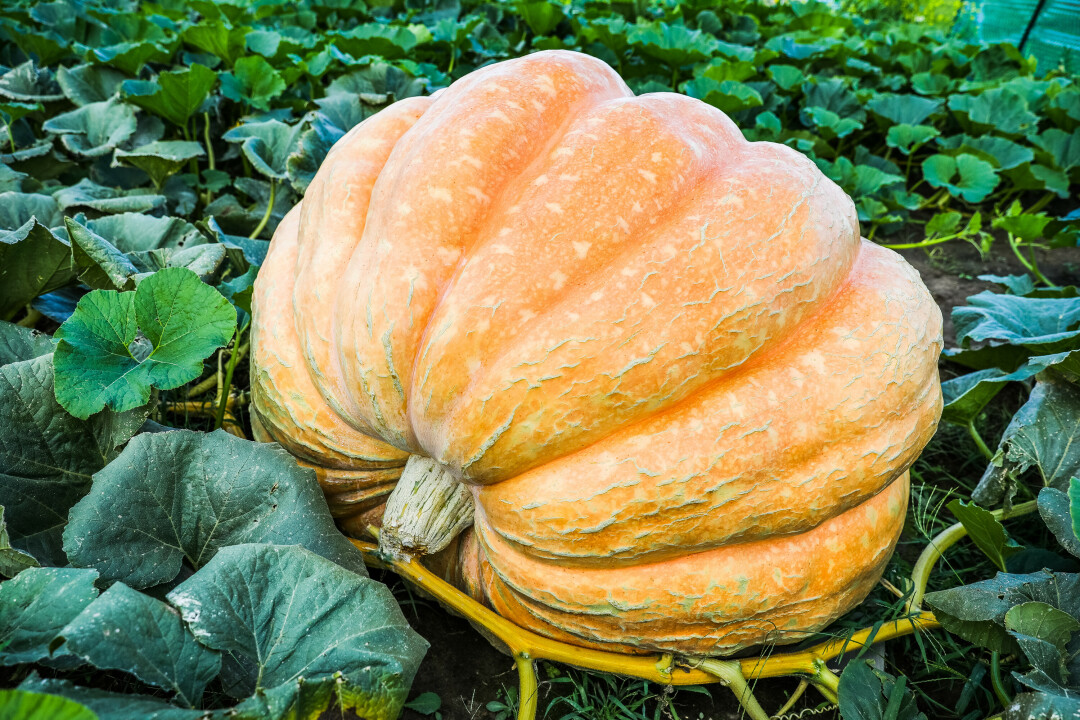 "Kayla the Brave," a 940 lb. pumpkin at Engel's Giant Pumpkin Patch in Menomonie.

The first giant pumpkin that Shannon Engel ever grew was classified as a “squash” because it was looking a little too green. “From that day on,” he said, “I vowed I would never grow an ugly pumpkin again.”

Now an expert at giant pumpkin growing, Engel – a hobby farmer who runs Engel’s Great Pumpkin Patch and Carvings in Menomonie – has grown pumpkins as large as 1,411 pounds. To put that in perspective, the world record for giant pumpkins is 2,624 pounds and the Wisconsin record sits at 2,283 pounds. Engel, who is a part of the River Prairie Giant Pumpkin Fest in Altoona and the Stillwater Autumn Fest in Stillwater, Minnesota, annually enters his pumpkins into competitive weigh-offs, and his massive pumpkins have pulled their weight.

Engel now mentors about 20 new growers who “pumpkin-911” him, he said, with last-minute questions about their pumpkins. Among those Engel mentors is Kathy Westaby, a local gardener who is currently growing her first giant pumpkin in the Menomonie Community Garden, which she estimates will reach between 500 and 600 pounds. “It will get out of there somehow,” Westaby laughed. “I might have a pumpkin smashing party.”

Shannon and Jodi Engel and one of their gargantuan gourds.

Growing giant pumpkins starts by knowing a local giant pumpkin grower, according to Engel, as giant pumpkins are a totally different kind of pumpkin than your run-of-the-mill jack-o’-lantern or field pumpkins, which only grow to be about 240 pounds at the most. Engel plants his seeds around the last week in April, starting them indoors. Once the seeds germinate, Engel puts the plants outside into little protective greenhouses with a microclimate to help them get a head start. Many times, giant pumpkin growers will invest in soil-heating tables to warm the soil, fooling plants into believing it’s actually closer to summer than it is.

By June 21 – the longest day of the year – ideally pumpkin growers want their plants two-thirds of the way grown.

Many people, upon seeing such enormous pumpkins for the first time wonder:

How much MiracleGro do you feed it? (None. It’s not needed.)

How much milk do you give it?

“That would be like you taking a bath in milk,” Engel said. “The pumpkin has no way to absorb that.” So the answer is: none. You shouldn’t feed your pumpkin milk.

When it comes to successfully growing a giant pumpkin, the key to success is in the seeds, soil, preparation, and preventative measures – and lots of luck from Mother Nature, Engel said.

Back in the old days, Engel would have eight or so people hoist the pumpkin up together to put on a palette to get the pumpkin to a weigh-off. Now, he hires out a skid-steer loader. 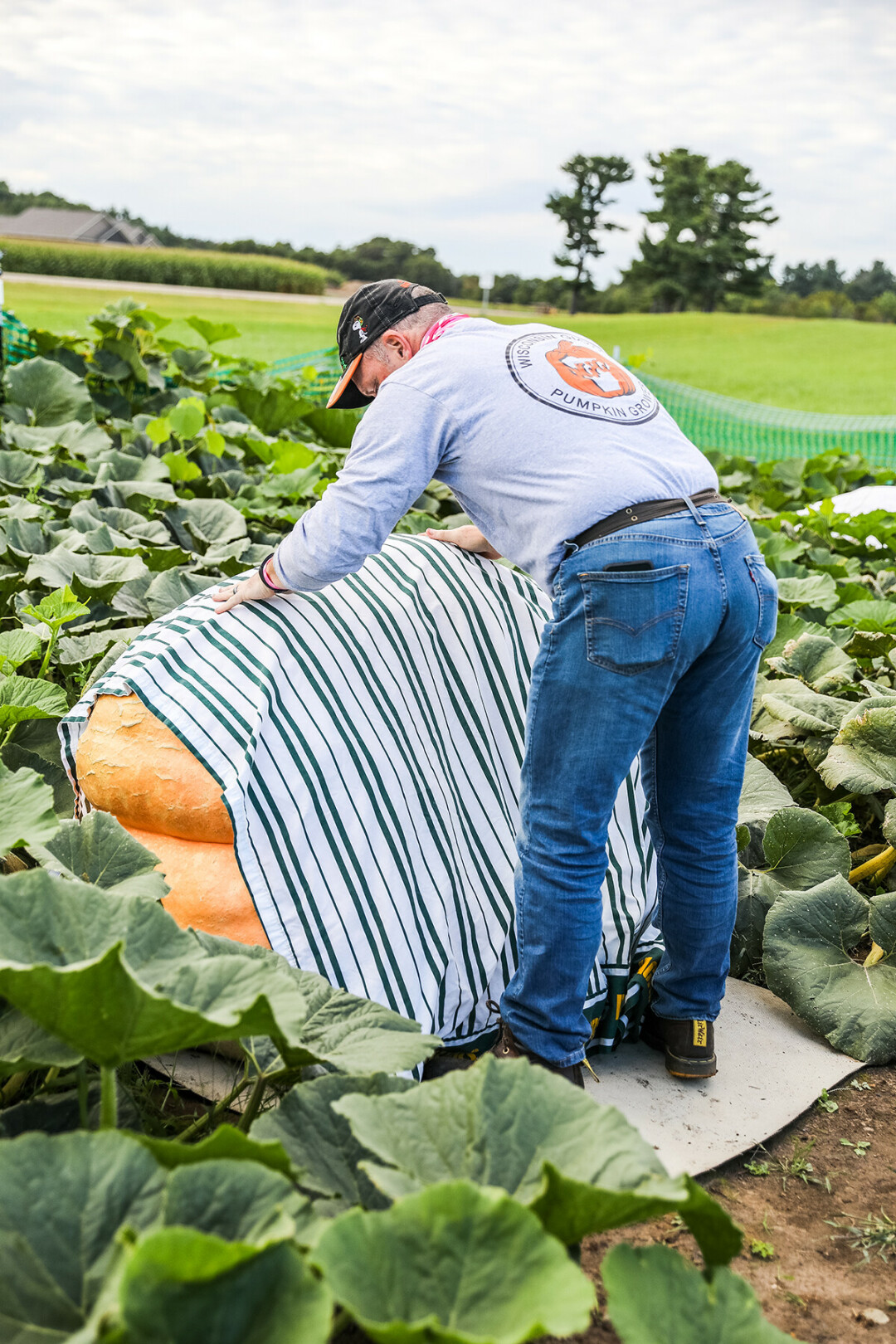 GIVE ‘EM PUMPKIN TO TALK ABOUT

If the stars align, you too may grow your own ginormous pumpkin.

To start, Engel recommends reaching out to a local giant pumpkin grower and taking a tour of their patch. He also recommends getting involved with the Chippewa Valley  Giant Pumpkin Growers.

“I get as much enjoyment out of them guys bringing their first pumpkin to the scale as I do weighing a personal best myself,” Engel said. “My whole goal out of that is to expand the pumpkin growing community.”

If you’re interested in seeing some jacked pumpkins in real life, check out the River Prairie Giant Pumpkin Fest in Altoona on Sept. 26, with more information available at rpgiantpumpkinfest.com.