Autumn Amazement: The Making of a Corn Maze 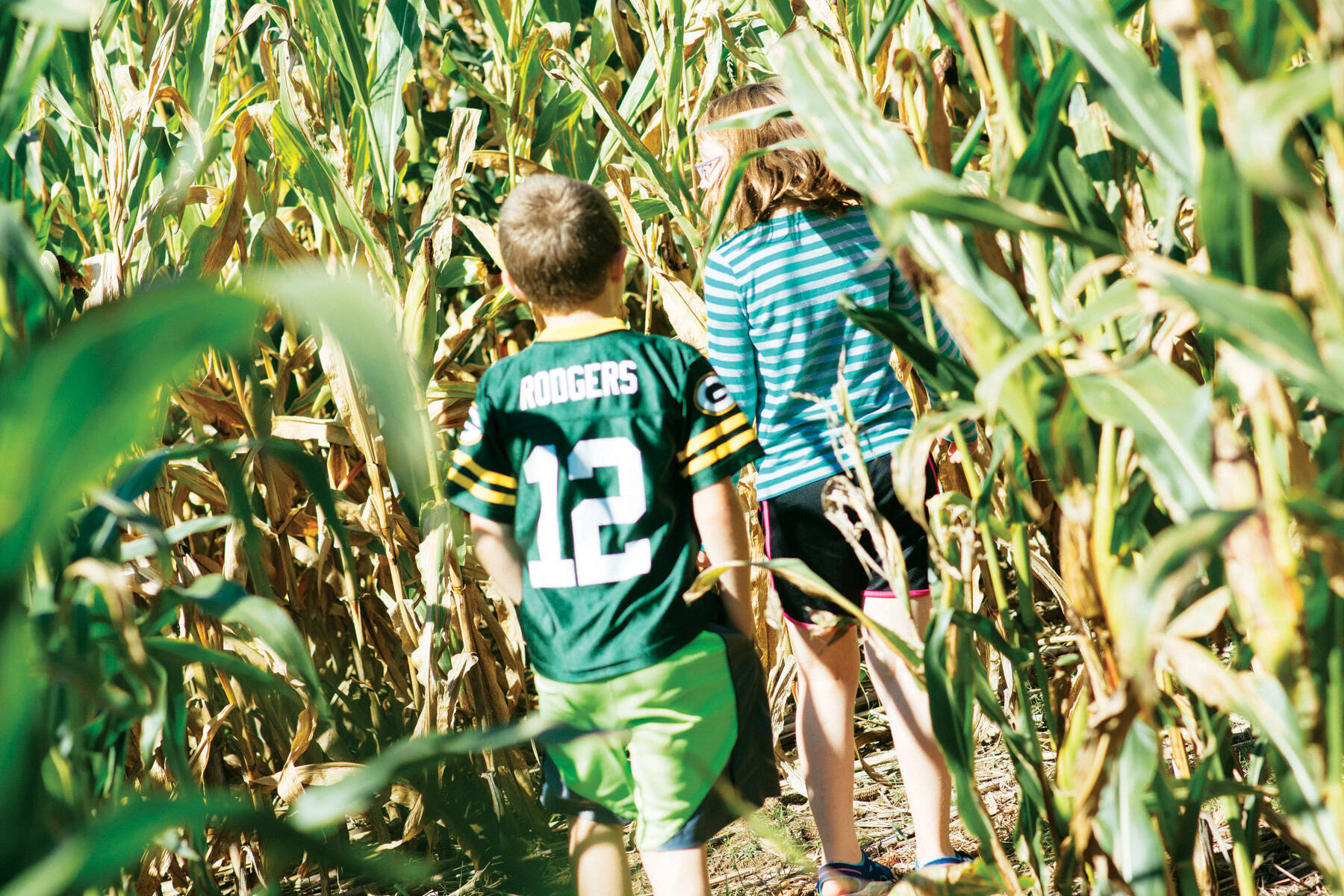 You are winding your way through the maze, considering your options, bracing yourself for what’s around the bend. Your world has become very small and uncertain. Its contents are the mottled brown and gold corn on either side of you, the line of sky above, and the thrill of your next decision.

When you enter the cornfield to lose yourself each fall, you become part of a story old as pyramids – the first maze, then called a labyrinth, was constructed by ancient Egyptians to be travelled as a spiritual journey. Since then, cultures have used mazes for religious observance, storytelling, and recreation.

The corn maze, however, is a modern phenomenon. Don Frantz is credited with the creation of the first corn maze, the dinosaur-themed “Amazing Maize Maze” which was grown in 1993.

Govin’s Meats and Berries in Menomonie has been running an annual corn maze for more than a decade. John Govin and his family come up with the theme, which has ranged from football to bees, and hire The MAiZE Company, a Utah-based corn maze design firm, to cut their 11-acre field.

Farms that specialize in events and community participation through corn mazes, pumpkin patches, and hayrides are at the mercy of the weather. When it rains or gets too cold, traffic slows or stops entirely, gouging revenue. This means that while traffic-based farm businesses can be highly profitable, they can also be a big risk should the Valley face a rainy autumn.

Since the first corn mazes were cut, their popularity has grown exponentially; hundreds of them are grown annually in the United States alone. Eight that are within reasonable driving distance for a family outing are listed below.

FOUR STEPS TO MAKING A MAZE

Some mazes are drawn freehand, while others are created using special design software. The image is plugged into a GPS mapping program which can be used with a mobile device.

Corn mazes are “cross planted.” This means that they are planted in rows that run North to South, and then planted again in rows that run East to West. This makes the field dense and harder to see through.

When the corn has sprouted and grown to 6”-10”, the design is cut into the field. Larger operations use GPS-equipped tractors to cut, while smaller ones use a riding lawnmower and a GPS-based cell phone app. Some mazes are even cut by hand.

While the remaining corn grows, the paths are maintained through regular mowing and mulching. This prevents other plants from taking over the walkway. Come fall, farms open the maze to fun lovers of all ages.