Get the Scoop on Monster Scoop 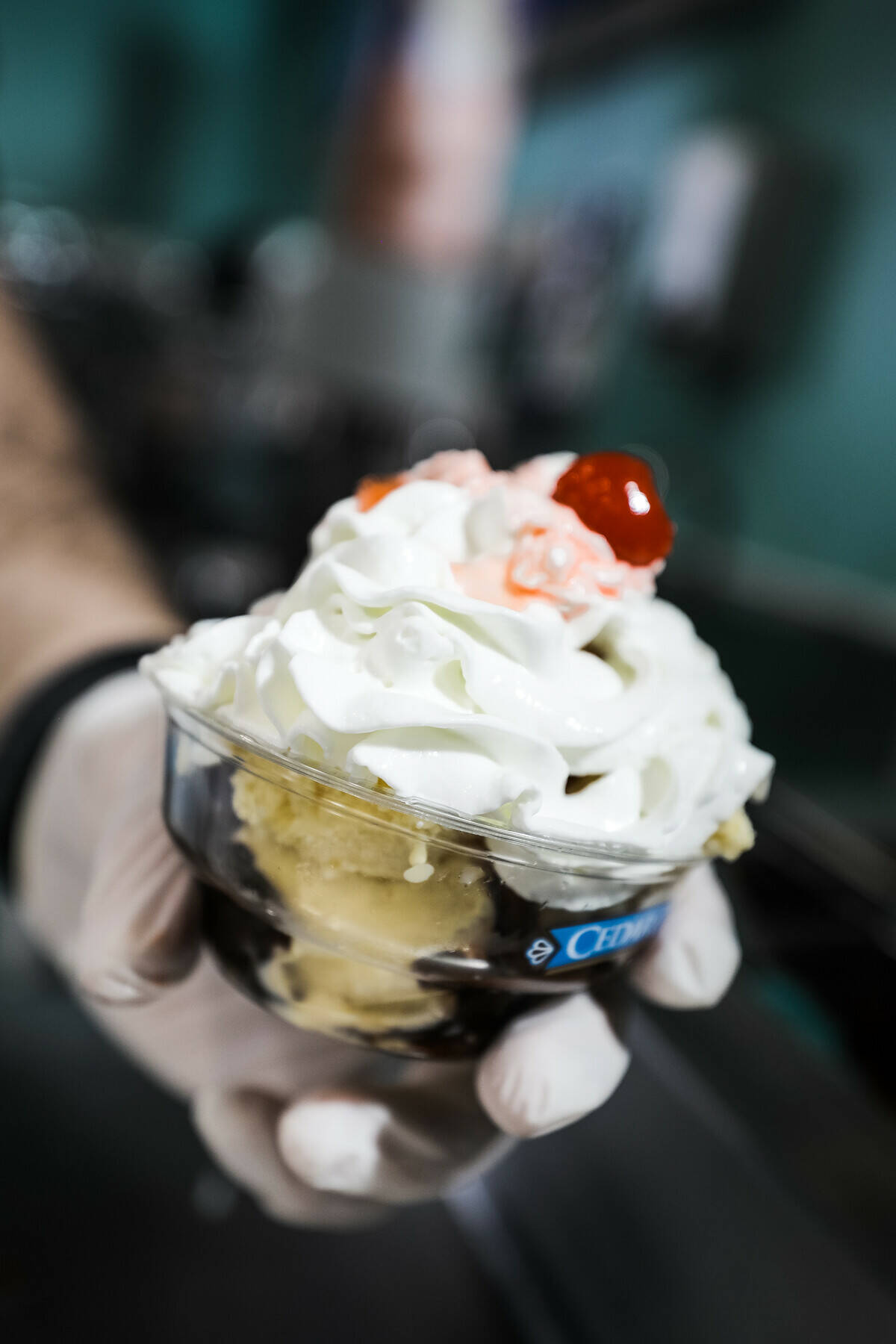 A sweet new string of Chippewa Valley businesses is set to add monster-sized value to the area’s blossoming dessert market. 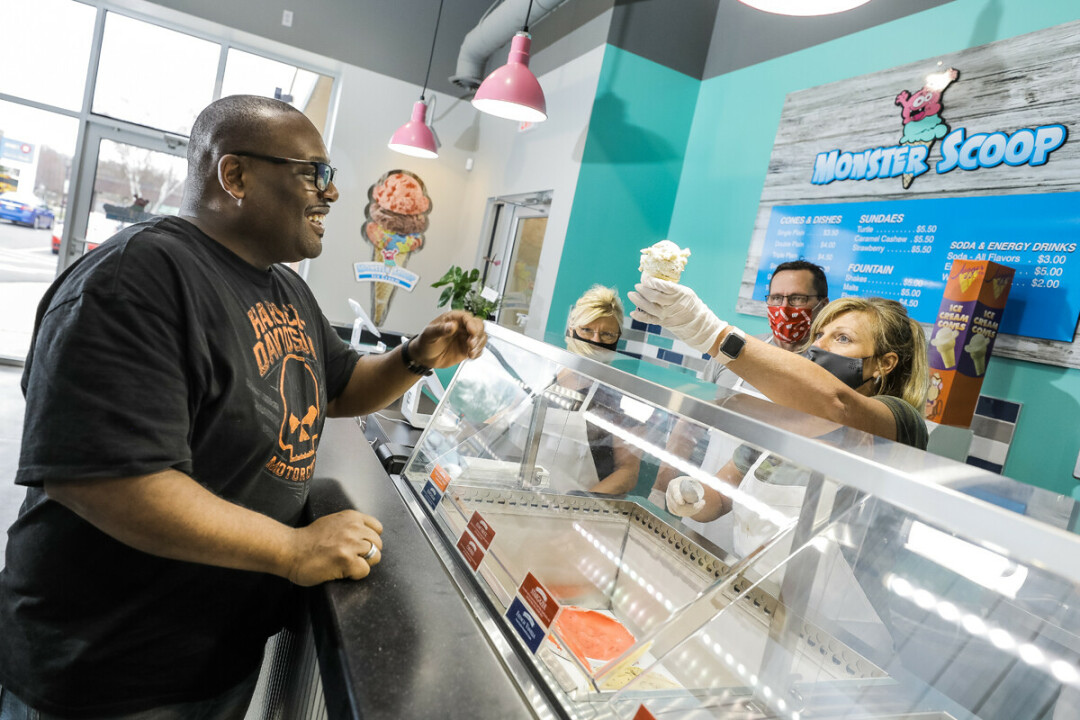 The decision to open up an original location – not connected to Jimmy John's whatsoever (other than proximity) – came about as a mission to offer Vallians more sweet options to complement Jimmy John’s sandwiches, according to Ray Thielbar, owner of Jimmy John’s in Chippewa Falls and Eau Claire, and his wife, Shari, who manages Monster Scoop.

“It’s a brand that we came up with and it is not associated with Jimmy John’s,” Thielbar said. “This complements what we are already doing. We have cookies at Jimmy John’s already, but the ice cream is something new and another optional treat for customers to enjoy. We are just looking to offer a high-quality ice cream at a great value.” 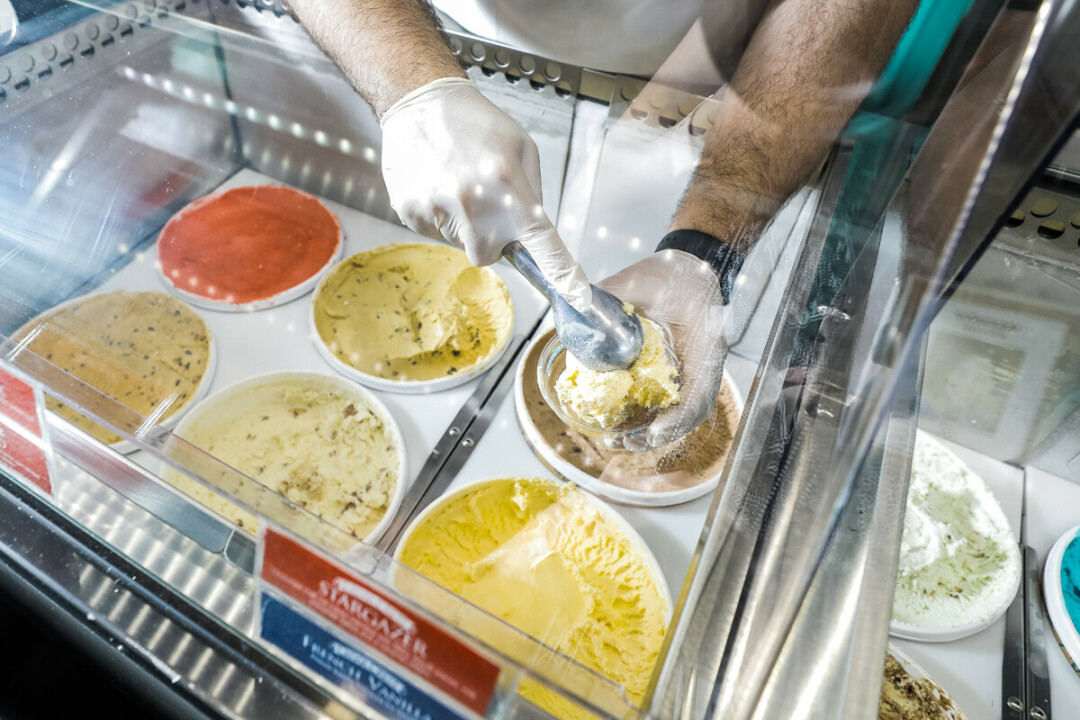 Monster Scoop Ice Cream offers homemade ice cream made mostly from scratch by an Emery Thompson ice cream machine. Thielbar said the ice cream will be similar to locations in the Chippewa Valley, like Olson’s Ice Cream, as it will consist of 17% butterfat.

The name “Monster Scoop Ice Cream” is pretty accurate, as it represents the size of portions available at the two locations, encouraging locals to get there as soon as “popsicle.” In the future, the businesses will add delectable popcorns. 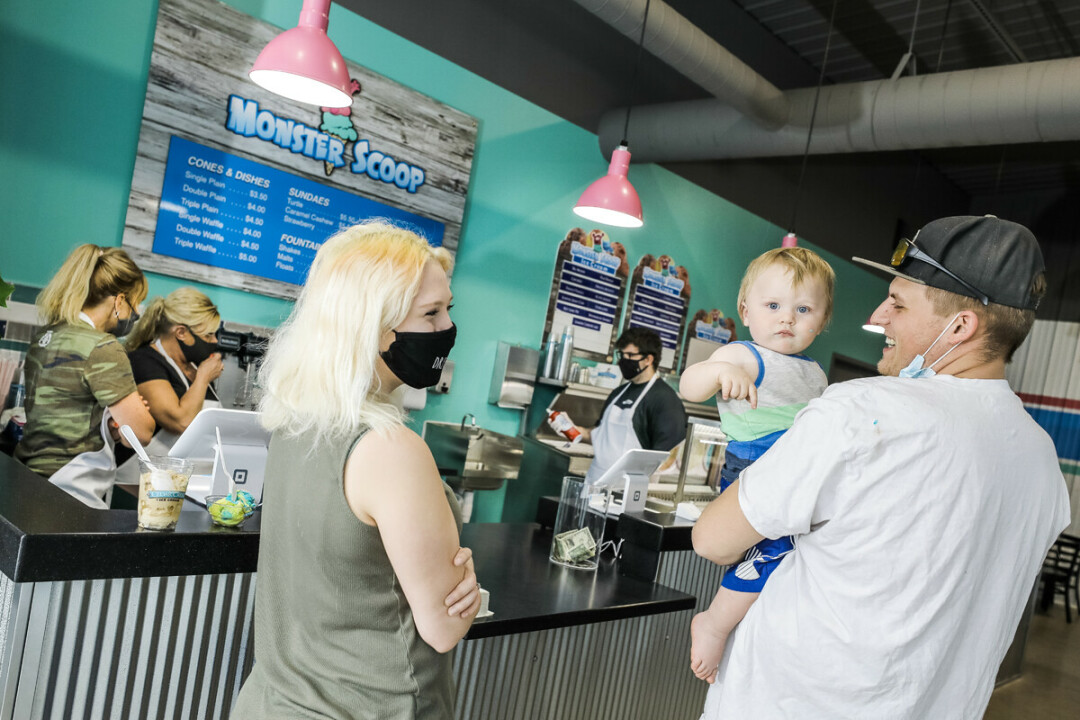 “I trademarked the name because we are going to use larger portions than our competitors but it will still be competitively priced,” Thielbar said. “I like the sound of the name and ... we’ll expand on the flavors and ideas associated with it as time goes by.”

For the past few weeks, a sense of mystery has surrounded the two new Monster Scoop Ice Cream locations, as no information was readily available about them and no marketing materials had made the media rounds – and yet the locations are fully constructed. But now that the Chippewa Falls is open for business, the mystery is put to rest, and the smell of fresh, homemade Wisconsin ice cream is filling the Chippewa Valley air.

Monster Scoop has two locations: in Chippewa Falls at 424 N. Bridge St. and in Eau Claire at 2610 Craig Road. Both attached to Jimmy John’s locations. 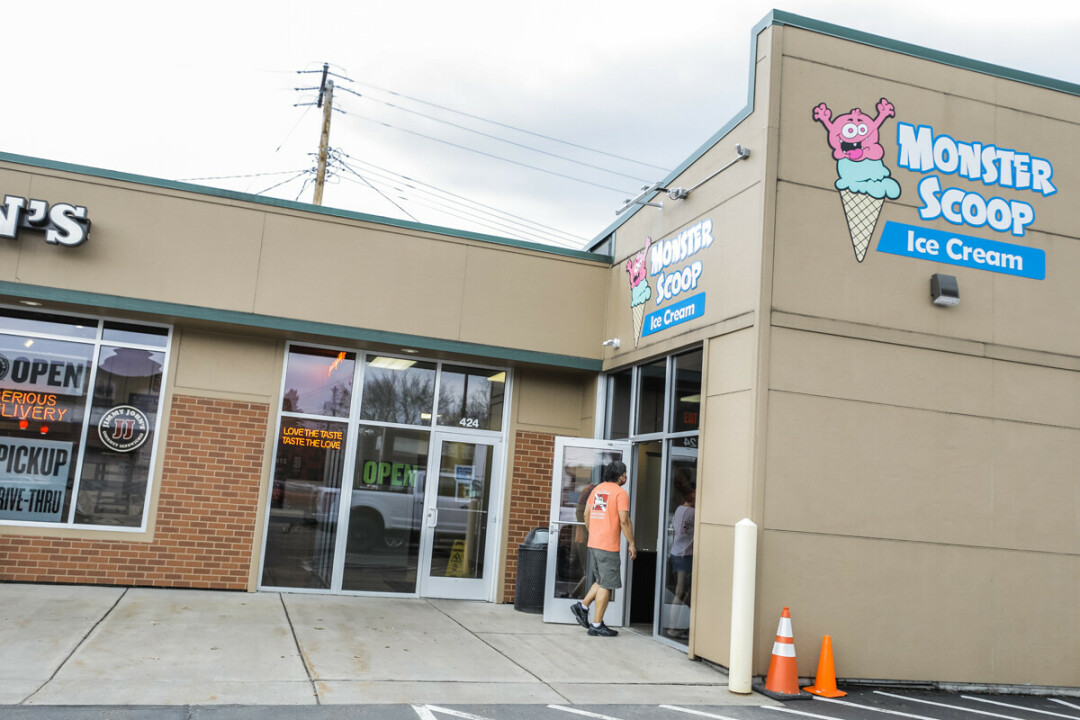 The Chippewa Falls location on North Bridge Street is now open for business.