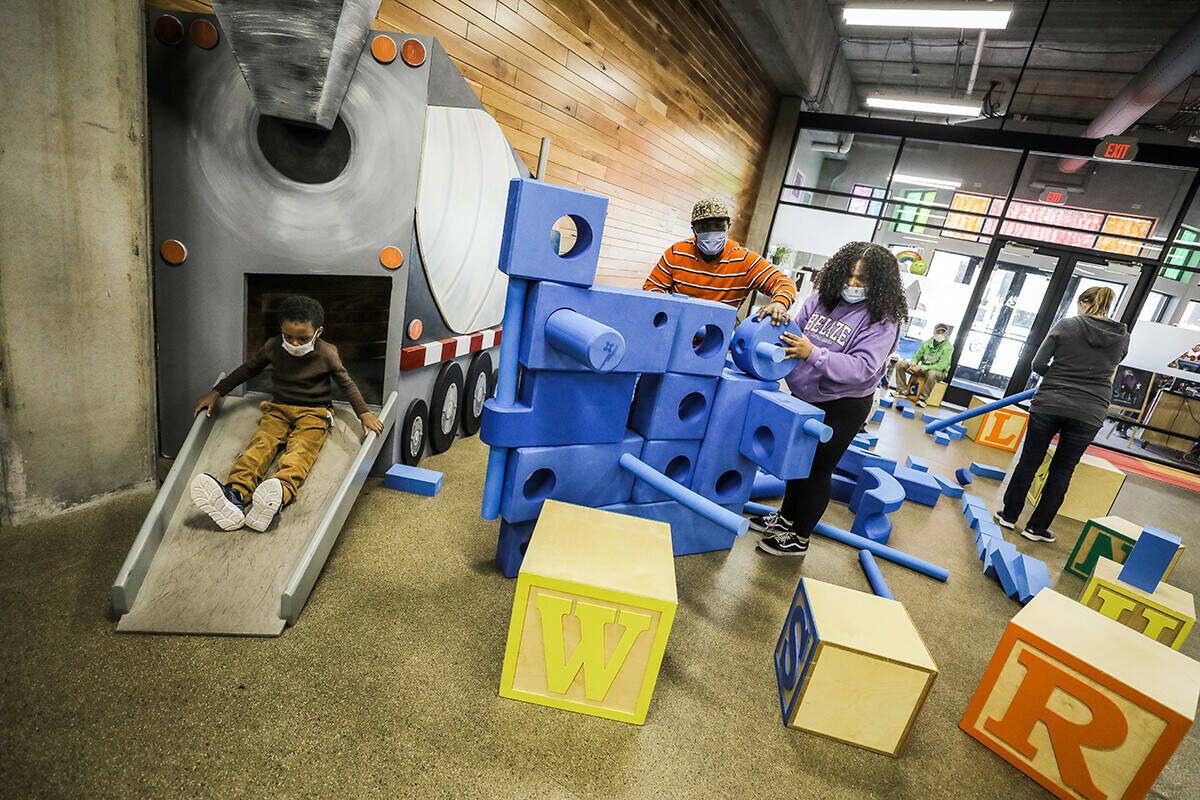 For kids – and adults! – who were missing the Children’s Museum of Eau Claire, the recent opening of Play Space in downtown Eau Claire is reason for celebration.

The museum, which closed to visitors last year amid the COVID-19 pandemic, re-opened in scaled-down form at the end of March. Located inside the Haymarket Landing building (40 S. Barstow St.), Play Space offers youngsters access to some of the fun and educational activities they’ll remember from the museum’s original home: There’s the fishing boat, the fire truck, Oreo the Cow, the grocery store, and the giant blue blocks, plus a lunar rover and a rocket ship/jungle gym to climb inside.

Because of COVID-19 precautions, visitors are required to sign up for two-hour sessions ahead of time, with 20 people allowed into Play Space at a time. Tickets are $5 per person, and face masks are required for everyone over the age of 5.
Executive Director Michael McHorney said the project has been a success: Each session is typically sold out, and children (and their grown-ups) are eager to enjoy a children’s museum experience.

And even while it plans to operate Play Space for the foreseeable future, the museum is in the midst of planning a far bigger project: the construction of a new 26,000-square-foot museum just a few blocks away on the so-called “Liner Site” on North Barstow Street.

In addition to the two-hour sessions on Tuesdays, Wednesdays, Thursdays, and Saturday mornings, visitors can book Play Space for small gatherings (such as birthday parties) on Saturday afternoons.

And even while it plans to operate Play Space for the foreseeable future, the museum is in the midst of planning a far bigger project: the construction of a new 26,000-square-foot museum just a few blocks away on the so-called “Liner Site” on North Barstow Street. 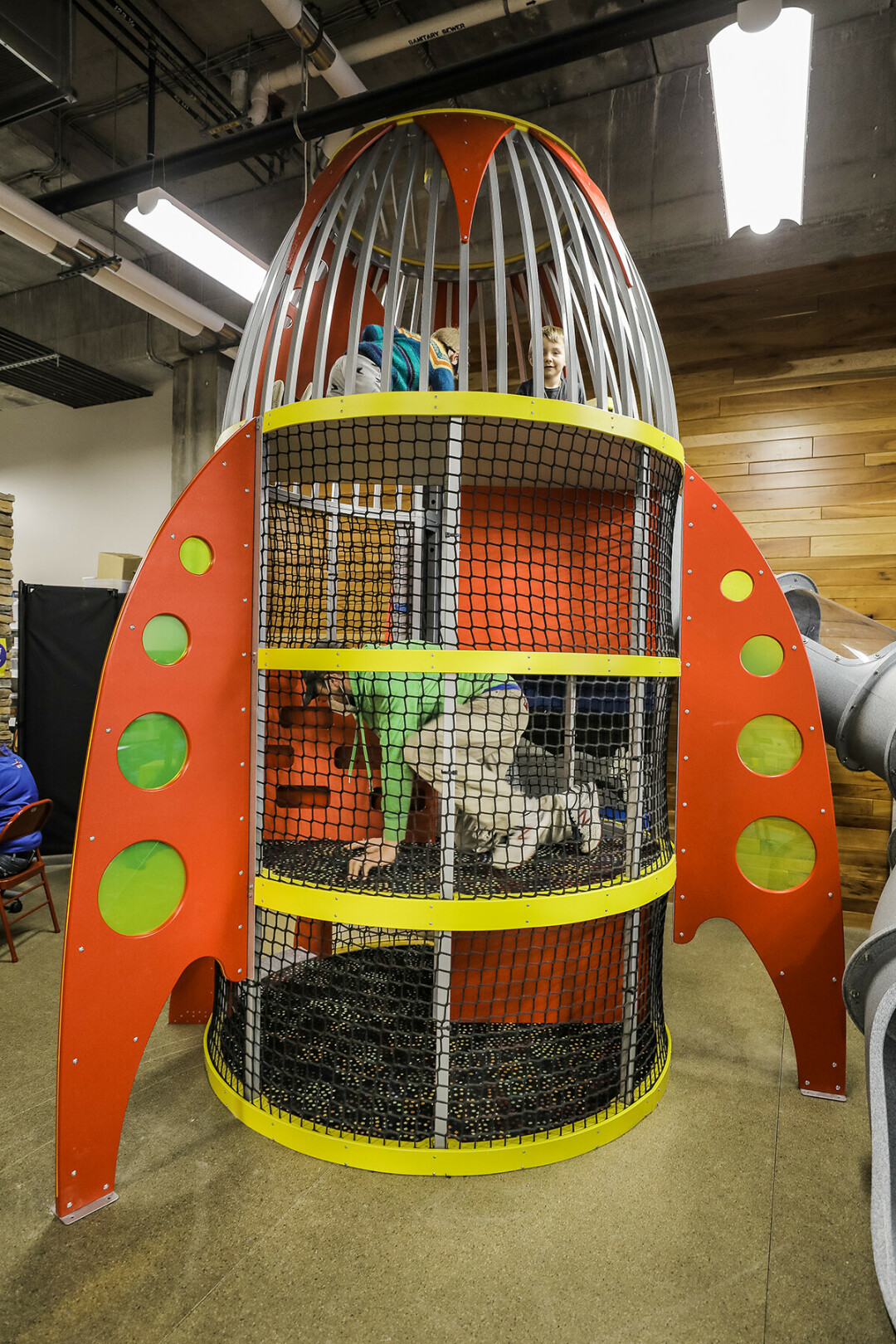 McHorney said current plans call for breaking ground on the project by Aug. 1, with completion slated for the fall of 2022. In recent months, the museum has announced several major donations to the effort, including $500,000 from the Pablo Foundation, $250,000 from the RCU Foundation, and $100,000 from Group Health Cooperative of Eau Claire. McHorney added that in the near future the museum hopes to announce more information about the project – including a total price tag – and shift into a community-oriented stage of the fundraising campaign.

Until the museum’s new home opens its doors, families will find a destination for fun at Play Space.

“We still want to serve the folks in the community and make an impact while we’re building the new museum,” McHorney said.

Learn about Play Space and how to schedule a visit at www.childrensmuseumec.com/playspace.