How Ramona Quimby Made Me Brave

Beverly Cleary wasn’t immortal, but the 8-year-old she created was 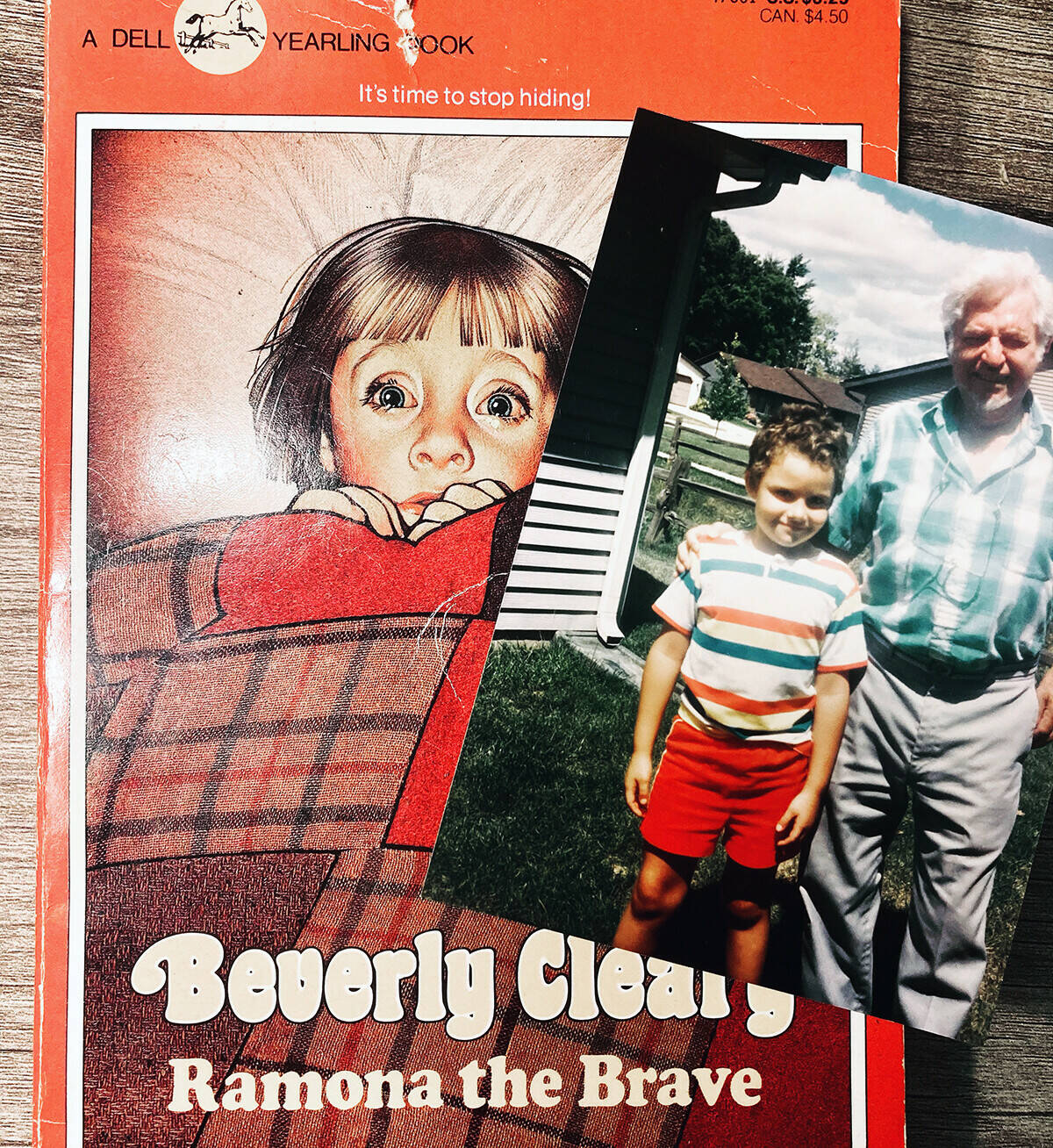 1. We didn’t know he was dead when we entered the room, but it didn’t take long to confirm it.

I was a curly-headed kindergartner who figured his grandfather would live forever. I figured wrong.

Standing in the doorway of my grandparents’ bedroom that day, I watched as the paramedic’s hands hovered above my grandfather’s chest like a bee afraid to land. At last, he found his mark: smashing his hands into my grandfather’s heart in an act that looked more deadly than lifesaving.

Until that moment, death had seemed a hypothetical – something that could happen, but that didn’t necessarily have to happen. As long as you ate your veggies and buckled your seatbelt, you’d be blessed with eternal life.

My grandfather’s death ran contrary to that thinking.

In my first existential murmuring, I wondered: Why bother with broccoli if we’re all going to die anyway?

I didn’t voice this sentiment, because I didn’t voice much of anything back then. I was a relatively quiet child to begin with, though I became abnormally quiet after my first brush with death. Some days I struggled to work up the courage even to say hello to my teacher, or my bus driver, or my friends. Parrots held longer conversations than I did.

Over the next few years, Beverly Cleary’s Ramona books became my sacred texts. I turned to them in times of trouble, leaving the crumbly roads of the real world in favor of the smooth sidewalks of Ramona Quimby’s Klickitat Street.

My reluctance to talk never seemed like a problem until it suddenly was one; my elementary school informed my parents that I wouldn’t be graduating from kindergarten to first grade alongside my peers. Instead, my silence reserved me a spot in a yearlong purgatory called “Reading Readiness” – a loosely defined “catch-all” class for those of us not yet emotionally or academically ready to continue on.

I didn’t mind. After all, it was there, on a carpet square in Ms. Pfleiger’s classroom, where I was first introduced to a character named Ramona Quimby.

She and I became fast friends, though we were an odd couple: she the outspoken, unruly, and nonexistent one, while I was quiet, well-behaved, and cripplingly aware of my own mortality.

Over the next few years, Beverly Cleary’s Ramona books became my sacred texts. I turned to them in times of trouble, leaving the crumbly roads of the real world in favor of the smooth sidewalks of Ramona Quimby’s Klickitat Street.

Ah, Klickitat Street! The name alone sounded like sanctuary. Cleary once said she’d selected the name because it captured “the sound of knitting needles.” But to those of us from out of town, it was more than that: it was a sun-dappled, tree-lined, living monument to childhood. A landscape run amok with milkmen and paper routes and little red wagons.

The greatest tragedy that ever occurred on Klickitat Street was the passing of the Quimby’s cat, who died of natural causes. It was the kind of loss I could get behind. One that required but a moment of silence.

2. When Beverly Clearly died on March 25 at the age of 104, my first thought was: how on earth was she still alive?

It seemed somehow incomprehensible that a woman born during the Wilson Administration had only just left us. I credited Cleary’s longevity to vegetable eating and regular seatbelt use. She lived as long as 13 8-year-old Ramona’s combined; a breathtakingly long life, during which she sold more than 91 million copies of her books.

That’s a lot of Ramona Quimby, whose spunky outspokenness paved the way for generations of young readers to live ferociously. More pluck than poise, Ramona Quimby entered the room like a Mardi Gras parade, trumpeting trouble wherever she went. But it was never real trouble, merely the misadventures of a young person trying to crack wide her world. Her life was the laboratory through which kids like me could run our own experiments. What are the consequences of cracking an egg over your head? Or locking a dog in a bathroom? Or doodling in a library book? Ramona had answers for all of the above.

Yet Ramona Quimby endures not because of what she did, but for what she felt while doing it. Beverly Cleary, who was 8 years old in 1924, somehow never forgot the anxieties of that age. She tapped into that turmoil, encouraging Ramona to take the road that didn’t always lead directly to happily-ever-after. The more one read, the more one realized that it wasn’t all smooth sidewalks on Klickitat Street.

One night when I was 7 or so, I stayed up late reading Ramona the Brave. Ramona was up late, too, anxious about her father’s late return from a night of bowling. Book in hand, I turned the pages as fast as I could, desperate to give her a little relief. That night Ramona said her prayers, “then repeated them,” Cleary wrote, “in case God was not listening the first time.”

I couldn’t speak for God, but I was sure listening, and I called out to poor Ramona trapped on the page.

“Your dad’s going to be fine,” I promised. “In books like yours, dads always are.”
Pages later, Ramona heard the rumble of her father’s car, followed by the squeak of the door, then the sound of the thermostat turning.

Upon finding his daughter still awake, Mr. Quimby sternly (but not too sternly) told Ramona to go to sleep. Which she did, now that she could.

For me, Ramona’s greatest act of bravery was that she wasn’t afraid to be scared: a lesson I myself was only beginning to learn.

Smiling, I placed the book on my bedside table and flicked off the light.

For too long, my heart had felt too small to bear the loss of the man who wouldn’t be coming back.

And with every word, the weight lifted.

B.J. Hollars is a father, a writer, and a professor of English at UW-Eau Claire. His most recent book is Midwestern Strange: Hunting Monsters, Martians, and the Weird in Flyover Country, published by the University of Nebraska Press.

Photo at top: The writer as a child with his grandfather, Nathaniel Wittenberg.