don’t worry: the 5-foot, 6-inch fish was released after posing for photos 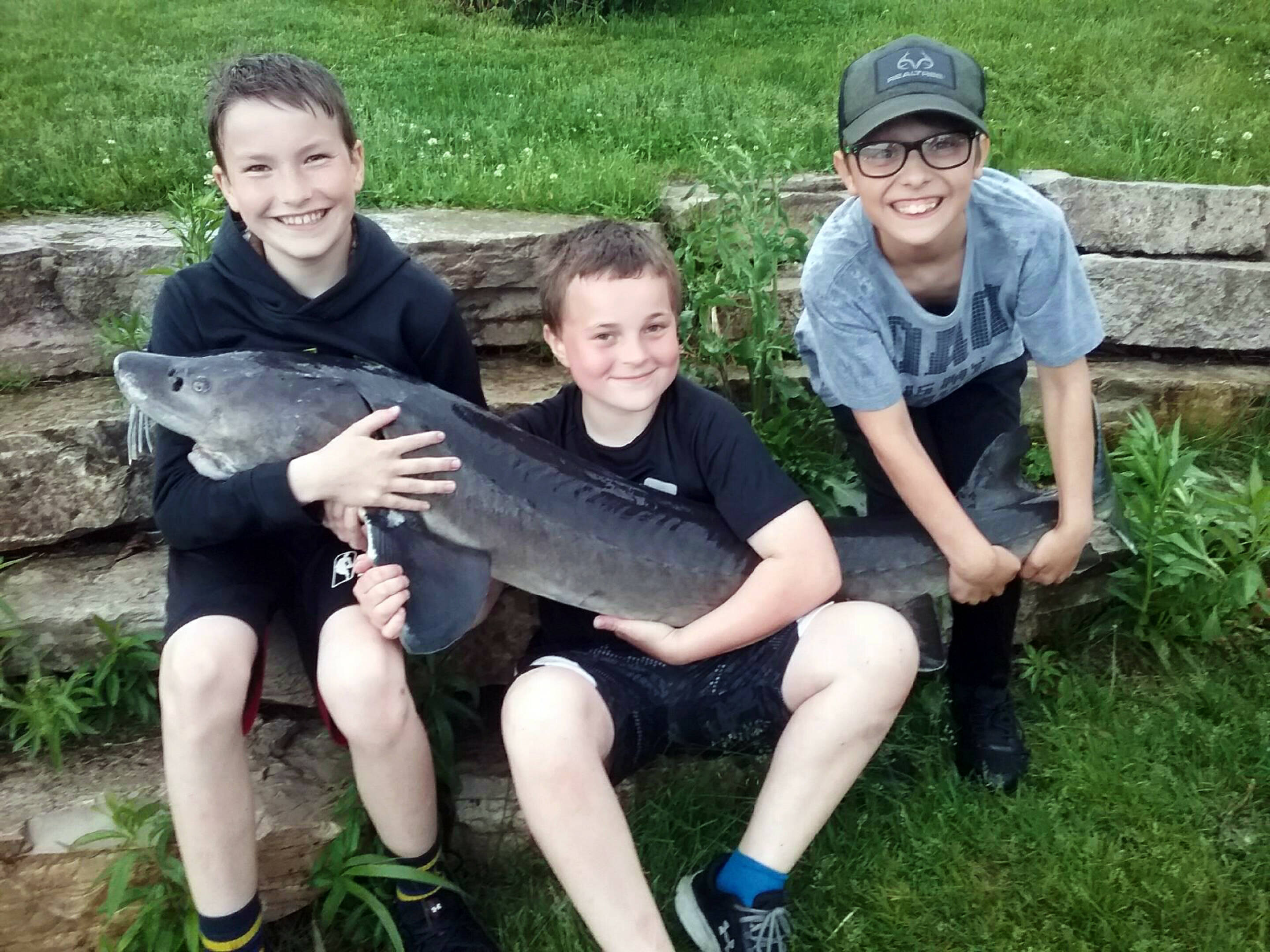 Ten-year-old Christian Severud (he’s in the center of the photo) has had a goal since he moved to Eau Claire: to reel in a big fish.

While fishing with his grandparents at Phoenix Park in Eau Claire, he caught a 5-foot-6-inch sturgeon, fighting it for 45 minutes before reeling it in with his dad, who rushed from choir practice with CollECtive Choir to help him with the catch.

“The boys nearby (Ezekiel Esparza and Landon Lee) had to help, and my mother-in-law messaged my husband, Craig, so Craig left choir, came to Phoenix Park, ran into the water and grabbed the fish, carried it up to the boys to hold, took pictures and measurements, removed two other hooks and a bunch of fishing line and a lamprey that the fish had on it, and released it back into the river,” said Christian’s mom, Shannon, in an email. “Christian was so excited!”

Christian celebrated his catch with a brief moment of fame, appearing on news stations WQOW and WEAU, but he plans to keep fishing in the future.

And who knows? When he turns 11, he might just be lucky enough to catch a 77-year-old sturgeon.