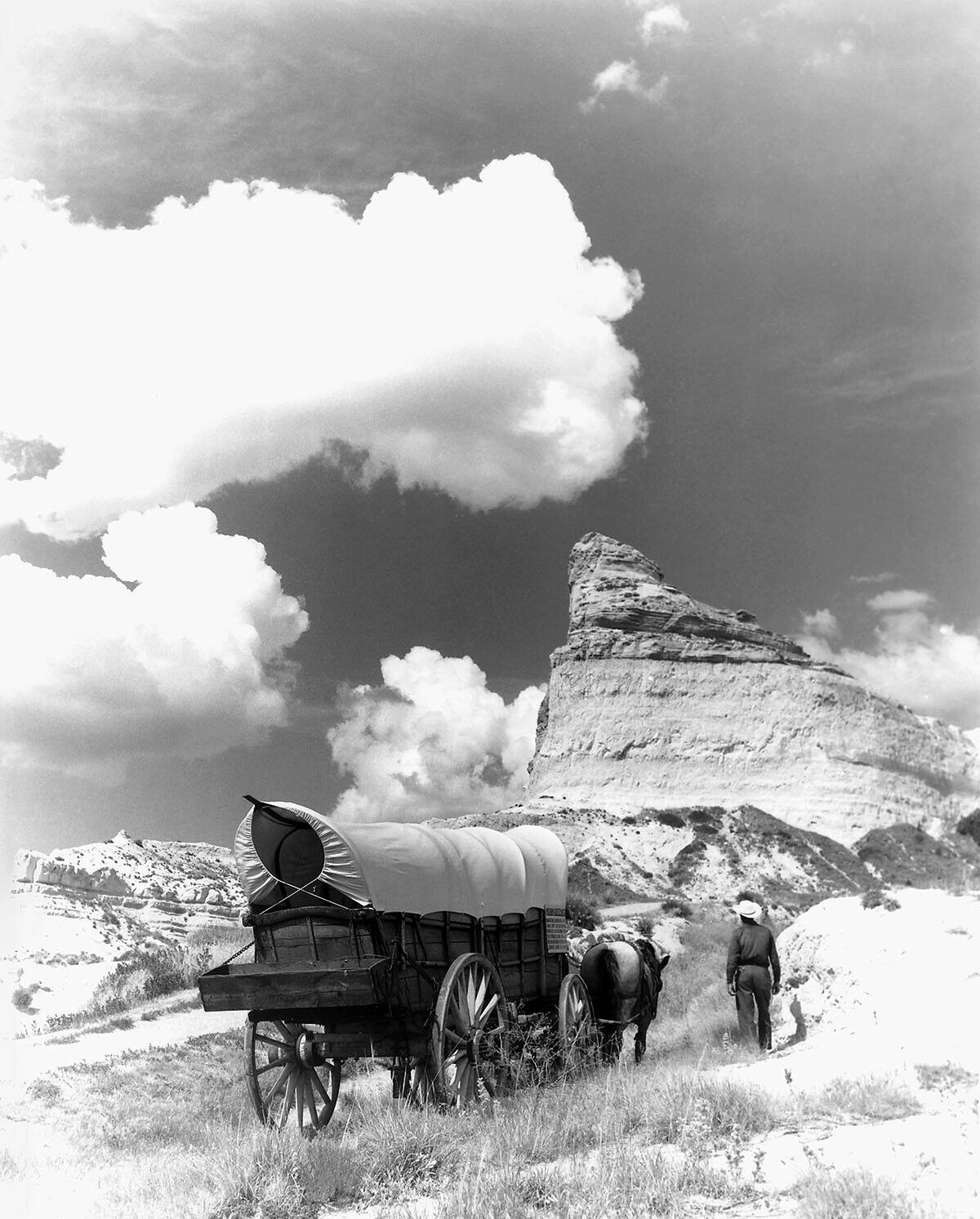 Somewhere outside of Sidney, Nebraska, I caught my son’s weary eyes in the rearview mirror.

Six-year-old Henry and I were barely 36 hours into what I hoped might be the greatest adventure of our lives, but his shoulder shrug seemed perilously close to a “yes.” In his defense, it had been a long 36 hours. We’d endured extreme heat and a midnight thunderstorm that nearly swallowed our tent, and we still had many miles ahead of us. Eighteen hundred, in fact, if we stuck to our plan to retrace the Oregon Trail from Wisconsin to the coast.

Why did we embark on this journey? Mostly because I knew that if we didn’t act now, we’d miss our window. Best-case scenario, I figured I had months – maybe a year – before Henry began viewing me less as his best bud and more as his buzzkill father. It’s a natural progression, but one I still hoped to derail. We needed uninterrupted, quality time together. The best way to get it, I reasoned, was to get away from the trappings of 21st century technology. Of course the Oregon Trail couldn’t completely separate us from the screens that so consume our lives (they’re not called “mobile devices” for nothing), but I knew we’d have a better shot if we struck out into a landscape with more sagebrush than cell towers.

In the hours before leaving, I sought some sign from the universe that we were doing the right thing. The universe, unexpectedly, obliged. While driving home from picking up our rental car, I noticed a dump truck rumbling ahead of me at a stop sign. On its backside, a bumper sticker read: “Make every mile a memory.”

I smiled at what would become my mantra. Come storm, snake, or my son’s shrugging shoulders, I’d make certain he remembered all of it.

We spend most of our lives making memories, but when life expires, you can only hope that you will be remembered. That proved true for 6-year-old Joel Hembree, who in July of 1843 – while en route to Oregon with his family – slipped and was crushed beneath a wagon wheel. His parents and siblings buried him as best they could, using a dresser drawer as the top of the casket and piling tree branches beneath his body. Hours after the burial, the remaining Hembrees had no choice but to continue their journey; their wagon rolled on without Joel.

One-hundred seventy-five years later, on the fifth day of our trip, Henry and I visited Joel’s grave in present-day Converse County, Wyoming. Accompanied by our guide, we drove down a dirt road, then abandoned our vehicle and walked along the creek toward the boy’s marker.

“So … that’s Joel back there?” I asked, my eyes focusing on the bowling ball-sized stone just ahead of us.

The strangeness of bringing my 6-year-old to visit the grave of another 6-year-old was hardly lost on me. In fact, it’s all I thought about as we trekked through the ankle-high grass. I came away from our visit with this parental lesson: Avoid small risks and spare yourself big problems.

Yes, that is at odds with the so-called “pioneering spirit,” but I told myself those pioneers can keep their spirit; I prefer to keep my son safe.

Henry bobbled atop some nearby rocks, struggling to keep his balance.

“Are there any snakes here?” he asked.

“Follow me,” I said as we walked back toward the cars. “And stay close.”

The next day, Henry and I pulled off the road near Alcova, Wyoming, to hike to the top of Independence Rock – a 1,900-foot long geological wonder that marked the midway point of the trail. We walked three-quarters of the way around it, but couldn’t find a trail to the top. Henry, who never saw a rock he didn’t want to climb, became impatient.

“Didn’t you say we were going to climb to the top?” he asked as we parked ourselves on a bench.

Where to begin? Because the rock looks slick, or because its crevices seem like a hotbed for snakes, or – the most honest answer of all – because after visiting Joel Hembree’s grave, risk avoidance was my primary goal.

I went with the answer that best shielded me from blame: the lack of a trail.

“Why don’t we just climb here?” Henry asked, pointing to the rock face.

“I don’t know buddy,” I stalled. “Let’s see what’s around this next bend.”

He shot me a crushing look, and I knew I’d lost him: Already, I’d become the buzzkill father.

I wondered: What risk do I run by not climbing this rock?

So I scrambled up its granite side, hands down, waist bent, one foot in front of the other.

When I finally looked down, I spotted an ant-sized Henry far below.

“What the heck are you doing?” he shouted.

“I thought you said you wanted to climb Independence Rock?”

“I thought you said there’s no trail!”

Henry raced after me, and we shared a sloppy high-five at the top.

“We did it!” he shouted, peering at the landscape below.

Throughout our two weeks on the road, we made memories everywhere we went. Who could forget the woman in Doniphan, Nebraska, who retrieved Henry’s hat in the storm? Or the mechanic in Boise who topped off our oil tank at no charge? I’ll always remember the way Henry’s flashlight beam bounced off the creek in Montpelier, Idaho, and how we devoured pudding cups for dinner on the beach in Nehalem, Oregon. When I close my eyes, I can still see the wagon ruts in Guernsey, Wyoming. And I can taste the ice cream in Farson, Wyoming, too.

But will my son remember the greatest adventure of our lives with such clarity? Twenty years from now, will he even remember it at all?

A few weeks back, while I was tucking Henry, now 8, into bed, he said, “Hey Dad, remember the time we climbed to the top of that big, old rock?”

“Yeah man,” I said as I flicked off the light. “How could I forget?”

B.J. Hollars is a father, a writer, and a professor of English at UW-Eau Claire. This essay was originally published in The Washington Post and is adapted from his forthcoming book, Go West, Young Man: A Father and Son Rediscover America on the Oregon Trail, which will be published in September by Bison Books.