track will feature 500-foot circuit of rollers and banked turns 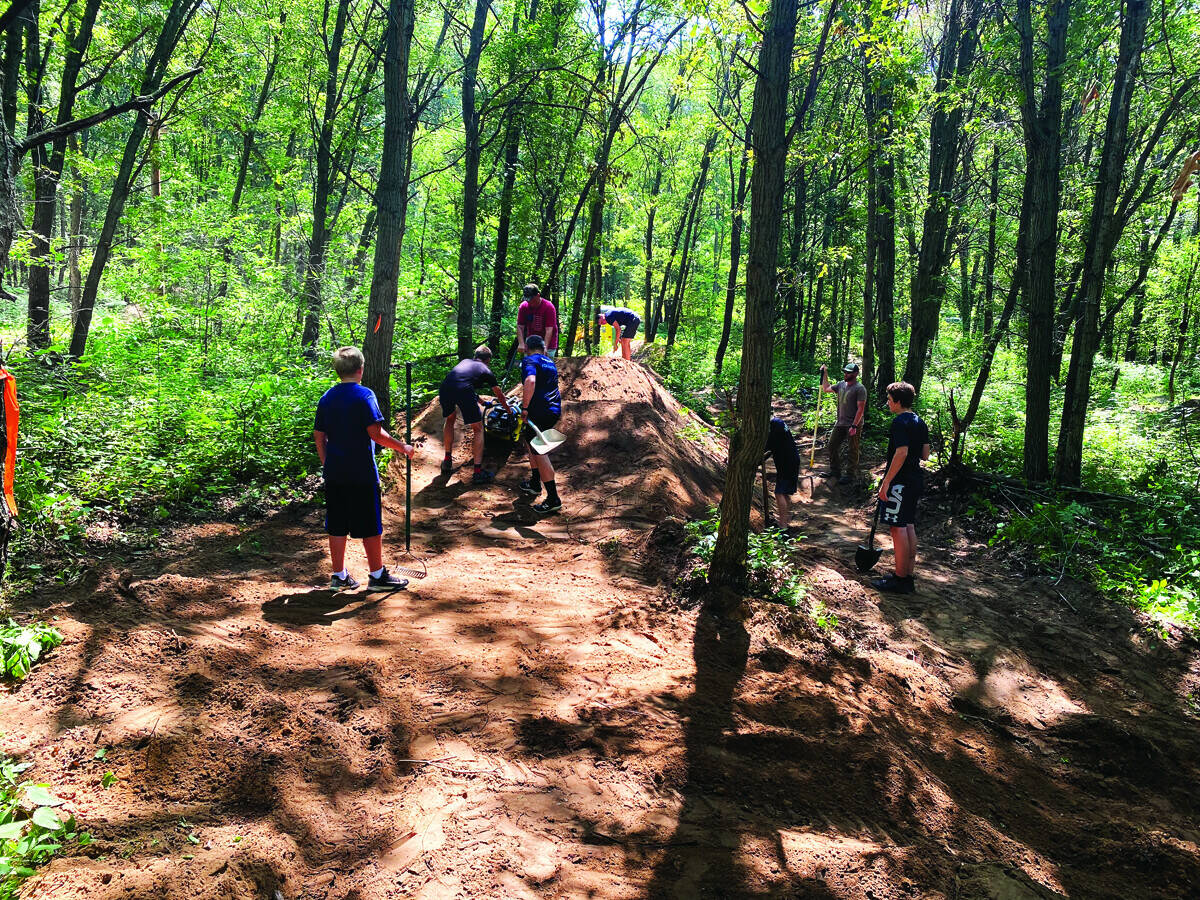 A community effort to create a robust mountain- and BMX-biking scene in the Chippewa Valley has led to the creation of a new pump track in Pinehurst Park: a 500-foot circuit of rollers and banked turns that local bikers and skateboarders can use to gain momentum and speed through pumping rather than pedaling.

Described as the “gateway drug” to mountain biking, Eau Claire’s new pump track offers opportunities for rec enthusiasts of all ages to get outside – bringing more visibility to the hidden gem of the biking community in the Chippewa Valley: Pinehurst Park.

“That’s the beauty of it, is that you don’t have to go uphill to get speed. You can continuously ride the thing just by pumping it.”

“(The pump track) has a lot of features similar to a skate park,” said Skip Contardi, board member of OutdoorMore Inc., which created Pinehurst Park in 2012, “where it gives you a lot of different options.”

“And it’s a constant flow,” added Christian Peterson, president of the board. “You’re never stopping. You can go as long as you want until your body gets tired.”

“That’s the beauty of it, is that you don’t have to go uphill to get speed,” said a third board member, Andy Wians. “You can continuously ride the thing just by pumping it.”

Pump tracks can cost between $50,000 to $200,000 to construct, but with the help of local volunteers and a grant from the Wisconsin Department of Natural Resources, they’re aiming to keep costs lower.

Since the three avid outdoor recreation enthusiasts began developing the park as part of their nonprofit OutdoorMore Inc., they have heard feedback from many local elementary school teachers, expressing how much parks like Pinehurst motivate kids to do better in school.

“They loved going out there,” Peterson said, “and they’d get their work done so that they could get back out.”

Learn more about the project at the OutdoorMore Facebook page.