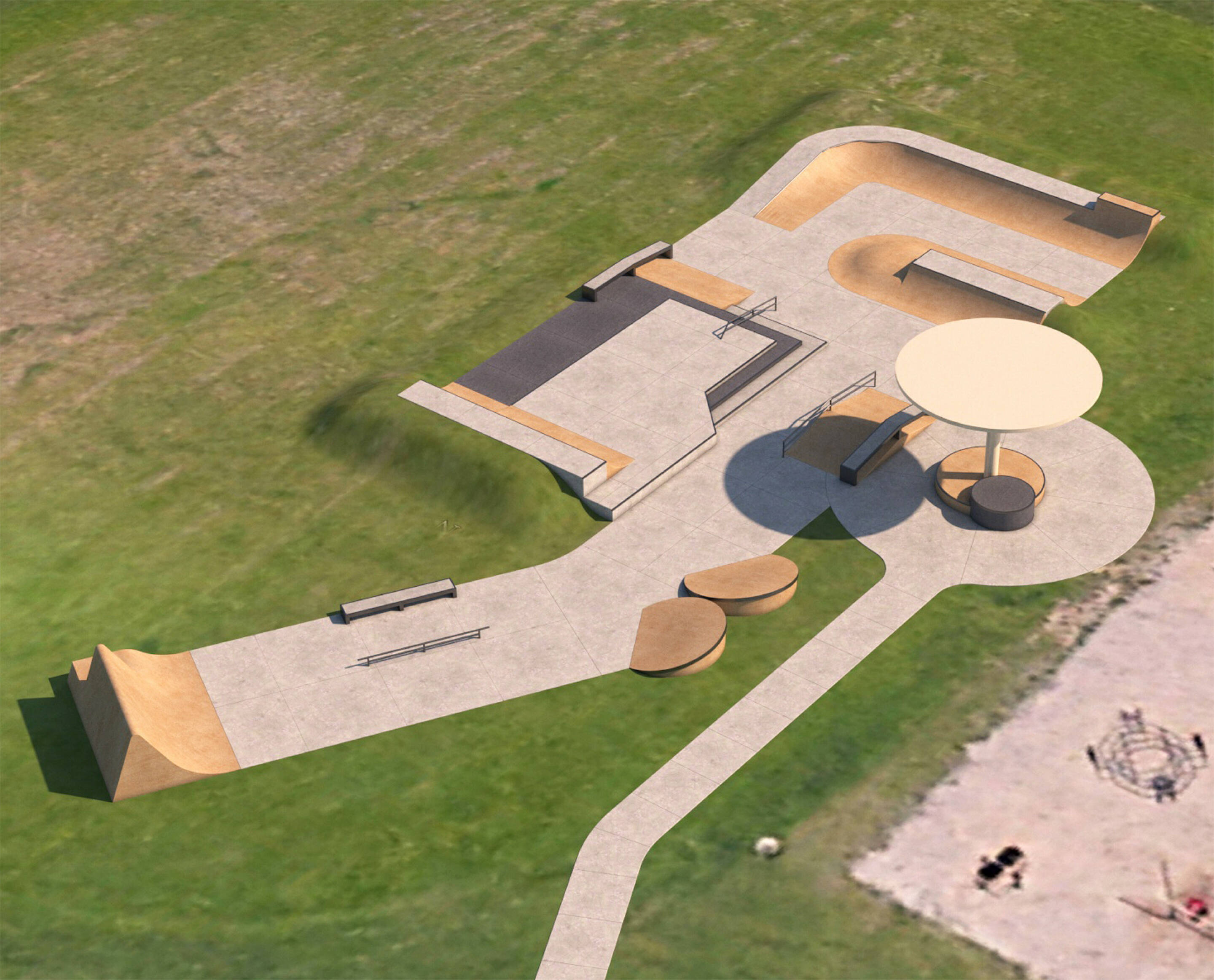 The Eau Claire Skaters Association is slated on the agenda for the Eau Claire City Council’s budget meeting on Monday, Nov. 8, where they will request $200,000 for a 5,000 square-foot skate park that is planned for Boyd Park.

Sara Hendrickson began the COVID-19 pandemic quarantine period like most: by exploring a new hobby. Alongside her 10-year-old daughter, the DeLong Middle School health teacher began skateboarding – something she had always been fascinated by, but never had the confidence to try.

“It’s not something I thought was OK for an adult woman to start doing,” she admitted. “Like, I felt like a total dork the first few times. I just didn’t fit the stereotype and was self-conscious about the image it would exude. I guess I kind of had a revelation in the last couple years that we only live once, and if I want to learn something new, I should do it while I still can.”

After welcoming students back to school only four days a week, Hendrickson recognized the need for social interaction and decided to start the DeLong Skate Club. Children of all backgrounds, identities, and ages, immediately got on board to get rolling.

It’s not an uncommon response, as more and more people across the Chippewa Valley find solace in skateboarding as a new extracurricular activity-slash-hobby-slash-sport. And its popularity is changing the dynamics of notable park projects in Eau Claire.

The Eau Claire Skaters Association in October proposed a new version of its planned skate park: a 7,500-square-foot park, complete with a bowl and other features that appeal to a broader age demographic.

Since the skate park’s design includes features that jut out – making it not an entirely rectangular design – the proposal is more like a 10,000 square-foot park, according to Chad Rowekamp, president of the Eastside Hill Neighborhood Association. Since it won’t fit in its current placement in the Boyd Park Plus plans, the skaters association proposed swapping the placement of the playground and the skatepark – something that still doesn’t solve the placement issues. “Everything got placed for a reason,” he said.

Nevertheless, Rowekamp is optimistic about the project’s future, reassuring that they will come to a conclusion to the plans for the project by November. “We wanted to activate people of all ages,” Rowekamp said of the project. “All that was to make the park busier and better for everyone.”

Meanwhile, Chris Johnson of Passion Board Shop in Eau Claire is proposing the construction of mini skate spots, or obstacles that skateboarders, rollerskaters, and BMX bikers can use, throughout Eau Claire. His goal is to construct 10 of these mini sites for kids of all ages, throughout the city, to be able to use.

“I was told that I could be anything that I wanted,” Johnson said, “and I believed that I could do everything that I wanted. But not every kid thinks that, and not every kid has those opportunities. If you have free things for them to do – such as doing these art projects like the murals, or skate parks, or anything else that we build – that opens their mind to the possibilities of how they can spend their life and what they can do.”

Learn more about the Chippewa Valley skateboard scene’s past, present, and future in a special feature, ROLLING FORWARD, published in the Oct. 28 issue of Volume One magazine.