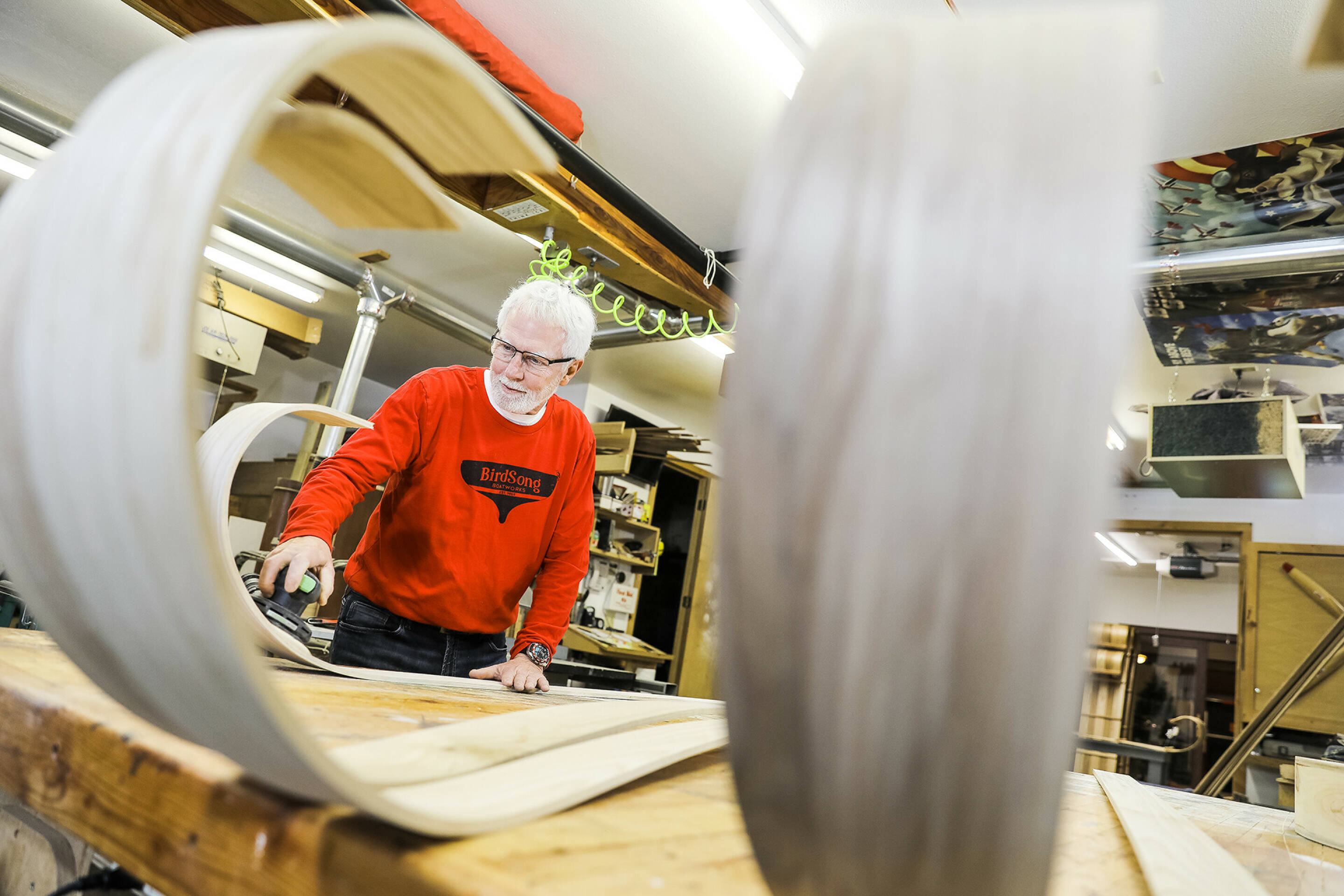 Every winter, Steve Vogelsang hears the same story from dozens of different people. The story begins with how much they loved sledding as a child, what hill they used to sled on, how many kids were there, and how they dripped melting snow all the way home at the end of a fun-filled day.

Seeing an opportunity to bring that same joy to the wintertime – and a chance to work with his hands again – after retiring in 2018, Vogelsang founded his woodworking business, BirdSong Boatworks, making custom boats and toboggans for families around the Chippewa Valley. 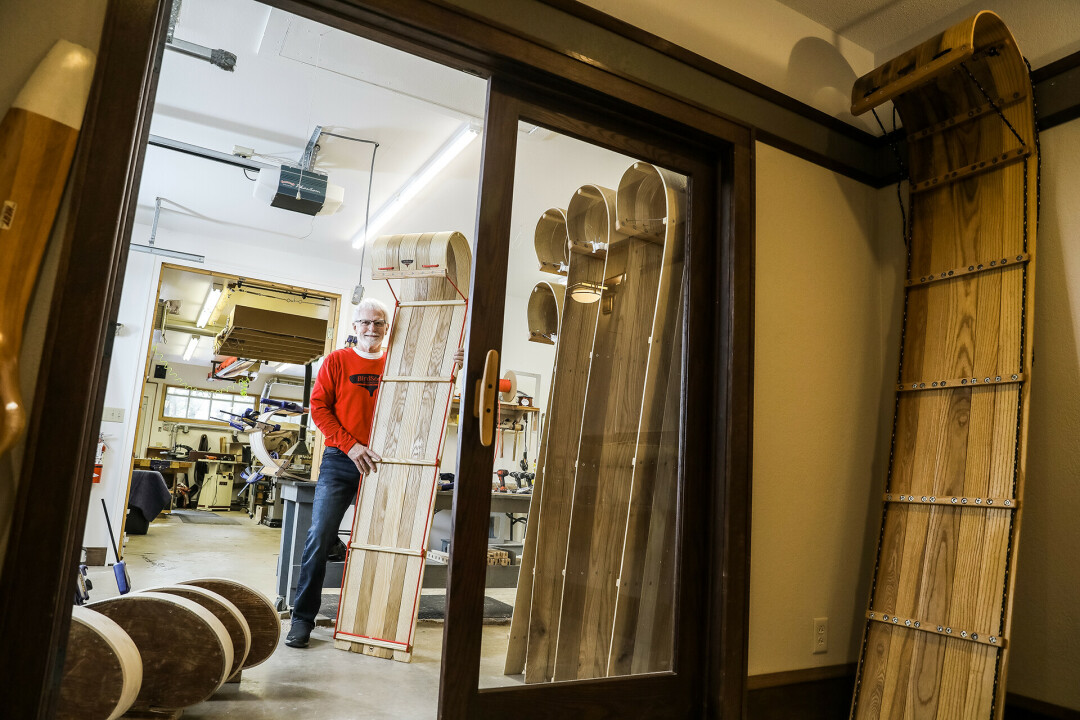 Steve Vogelsang makes around 20 toboggans every winter, selling them through the branding of Birdsong Boatworks.

Vogelsang is one of extraordinarily few makers in the country still creating hand-crafted toboggans – an heirloom art that now finds itself antiquated in favor of plastic or foam sleds.

Vogelsang formerly owned Sound Installations, a hi-fi audio installation business, and planned to enjoy a quiet retirement with his wife, Patricia. But fate took a turn, as Patricia passed away two years ago from cancer, forcing the Eau Claire man to reevaluate what the rest of his life would look like.

“I’ve always been a worker," Vogelsang said. "I love doing things with my hands. I started to get burned out and eventually lost my love for the audio business, so I decided it was time to retire and do something different. I had a grand vision for what my retirement would look like, and that totally changed just a few years into it. I lost my wife and that changed everything for me.”

Vogelsang began his woodworking career at the age of 12, when he built his first racing a hydroplane boat – a feat he is still surprised his mother let him pursue. 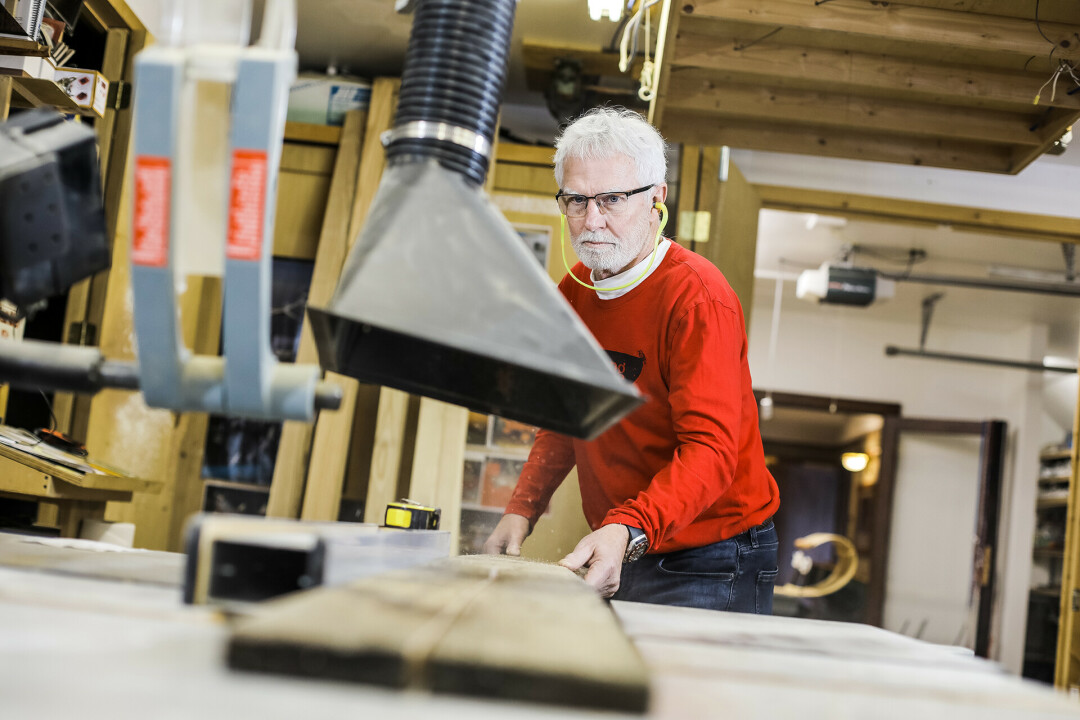 From there, he continued to build things throughout his life, including his first toboggan 13 years ago as a way to take advantage of the beautiful wilderness surrounding his Eau Claire home (which he also built by hand) during the winter season.

“I’d rather build something than buy it,” Vogelsang said. “It’s easier to buy it, but I don’t think it’s as rewarding. I’ve been blessed to own my grandfather’s woodworking tools my entire life, tools he built himself. For most of my life I didn’t have a lot of money, so building things became essential for me and it just stuck and developed over time.” 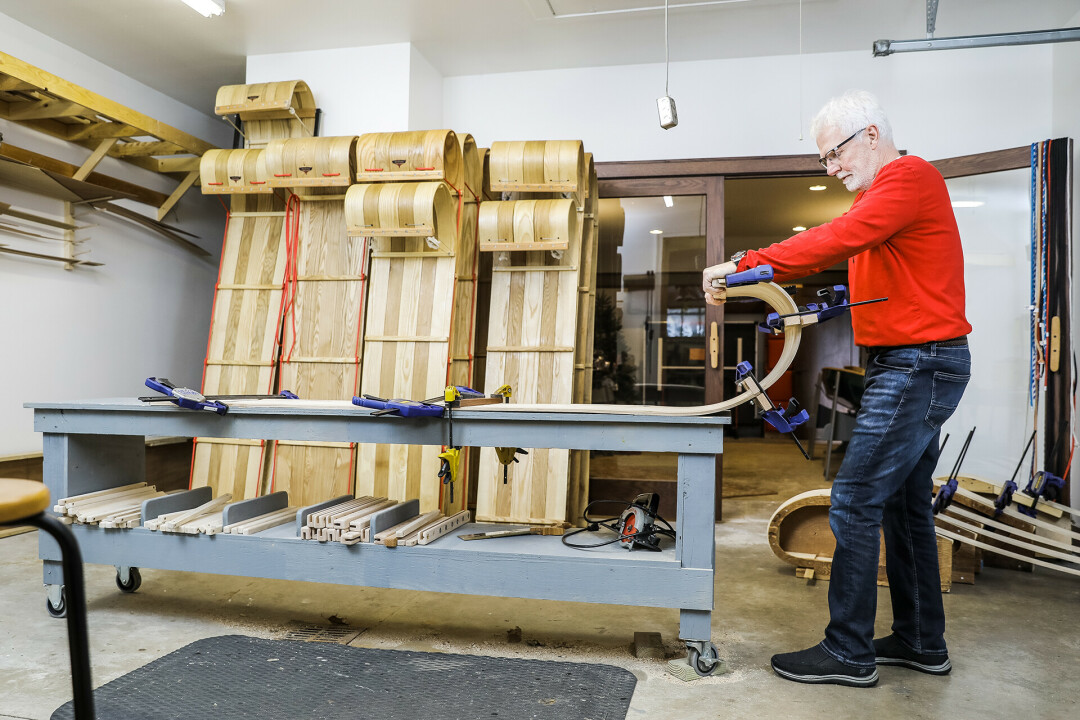 Last summer, Vogelsang made a trip to Lowes Creek Tree Farm to buy his annual Christmas tree, where the toboggan in the back of his pickup truck became instant eye candy for a group of college students. Noticing the love people seemed to have for his toboggan – and in order to establish his first post-retirement business venture – he gave the toboggan to the tree farm’s owner in exchange for a Christmas tree. Relying purely on word of mouth, Vogelsang said building toboggans for people is purely for the simple joy of working with his hands in his home workshop space, as well as to see smiles form on customers' faces as they recapture a piece of their childhood. 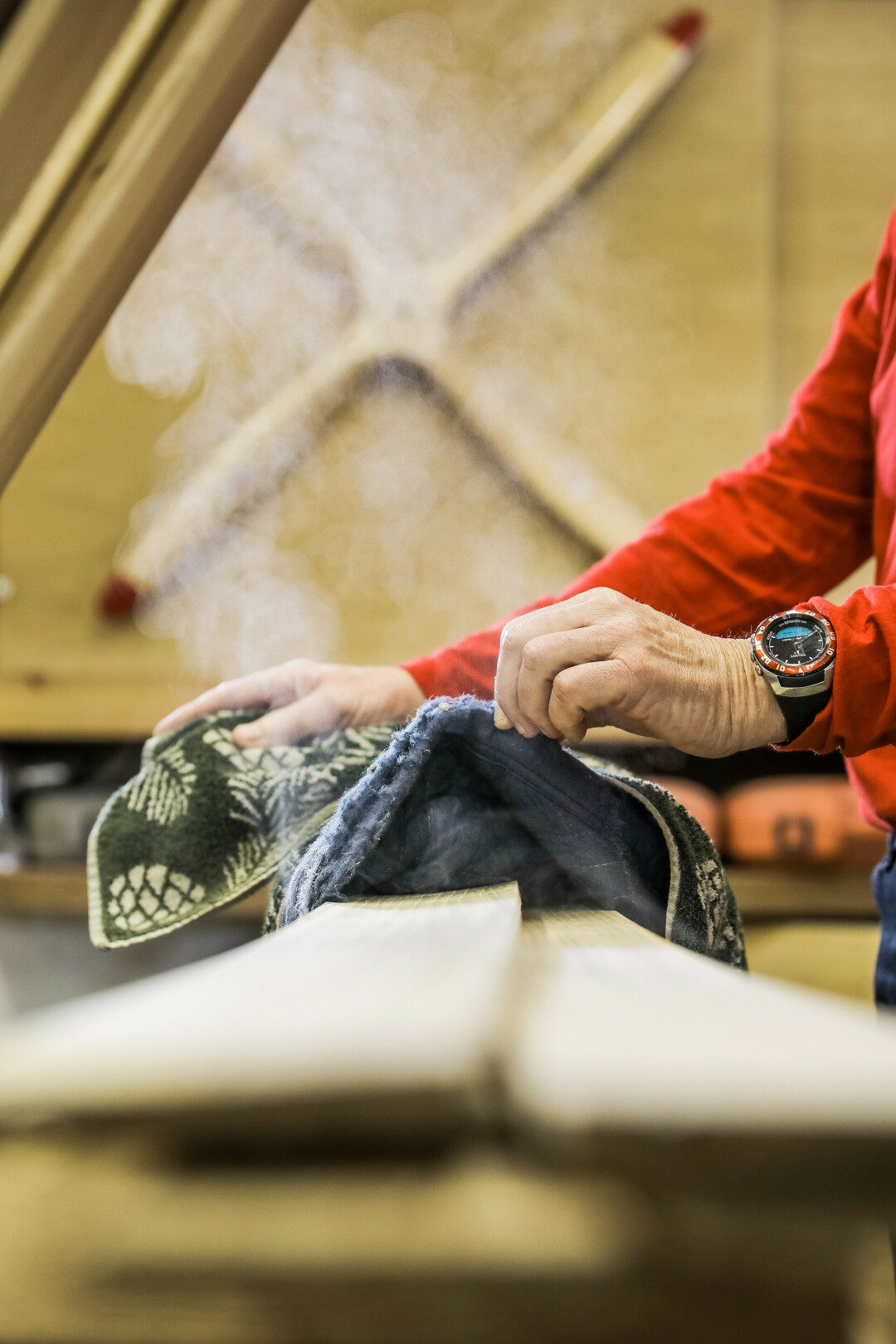 “I really don’t want a business,” Vogelsang said. “I’ve been there and I’ve done that. I spent 40 years of my life owning a business, and now I’m retired. This is purely for the love of the craft and making people happy by helping them enjoy the winter months.”

Currently Vogelsang crafts 20 toboggans for market every year. Each toboggan is made of either oak or ash and clocks in at 80 inches in length (though a few shorter 65-inch toboggans come out of his shop from time to time). He creates each toboggan by hand, visualizing the finished product in his head – though, it generally takes around a month from start to finish for his toboggans to reach a finished state. The price for each sled ranges from $400-$450, depending on the piece. 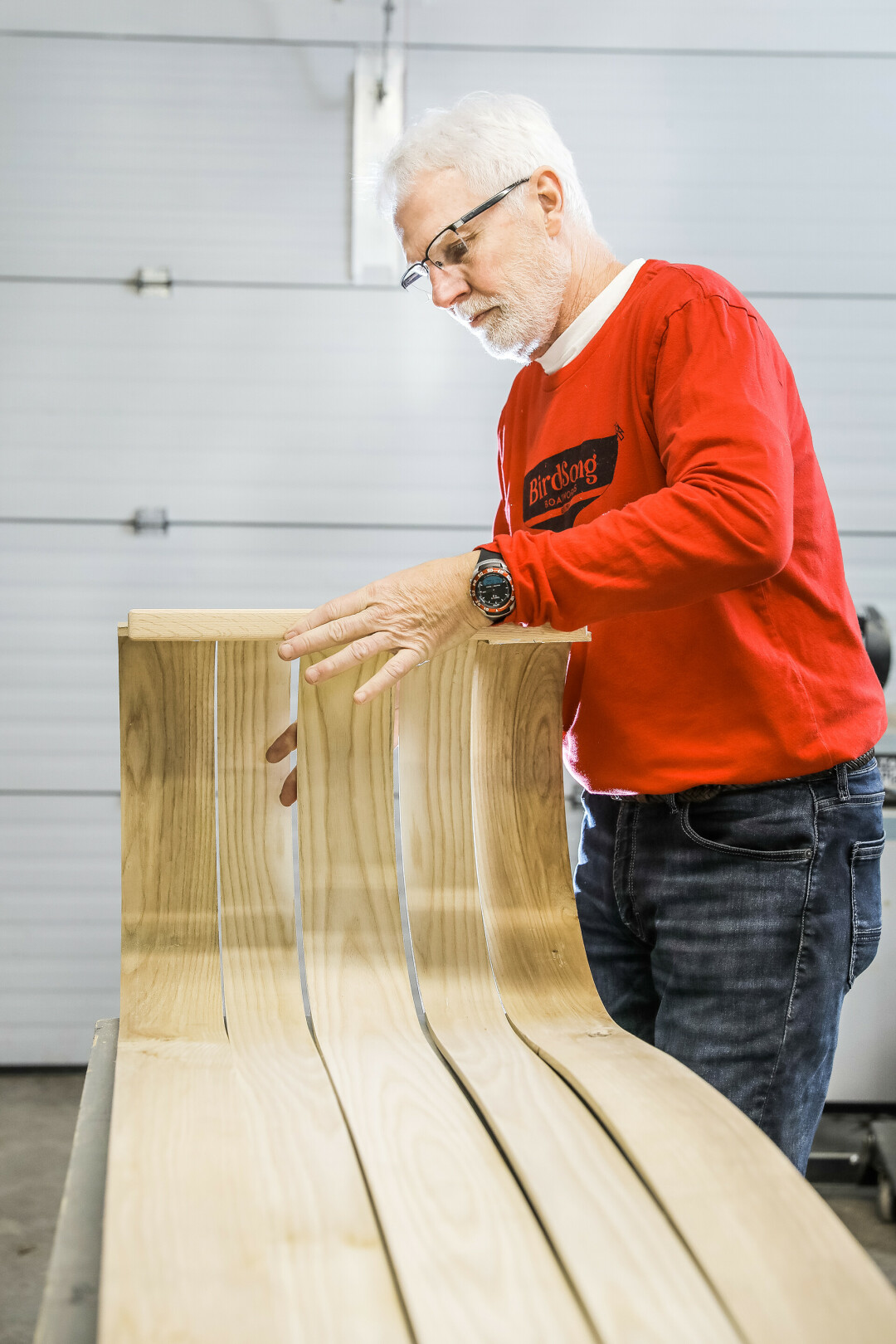 Living peacefully nestled within the woods surrounding the Eau Claire River, Vogelsang (the name means “bird song” in German) said crafting toboggans is also an avenue to give back to the community, as a portion of each sale goes toward Beaver Creek Reserve and their local conservation and environmental education efforts.

Vogelsang also co-owns a piece of land in Eau Claire primed with beautiful potential toboggan materials, offering an exciting future for local heirloom-quality sleds on the horizon. His goal, unlike his beautiful sleds, are modest: to spread the joy of winter throughout the remainder of his retirement years, using his hands to make dreams come to life.

Toboggans from BirdSong Boatworks are available now at The Local Store and directly from Vogelsang. For more information you can contact Steve at (715) 577-2209. 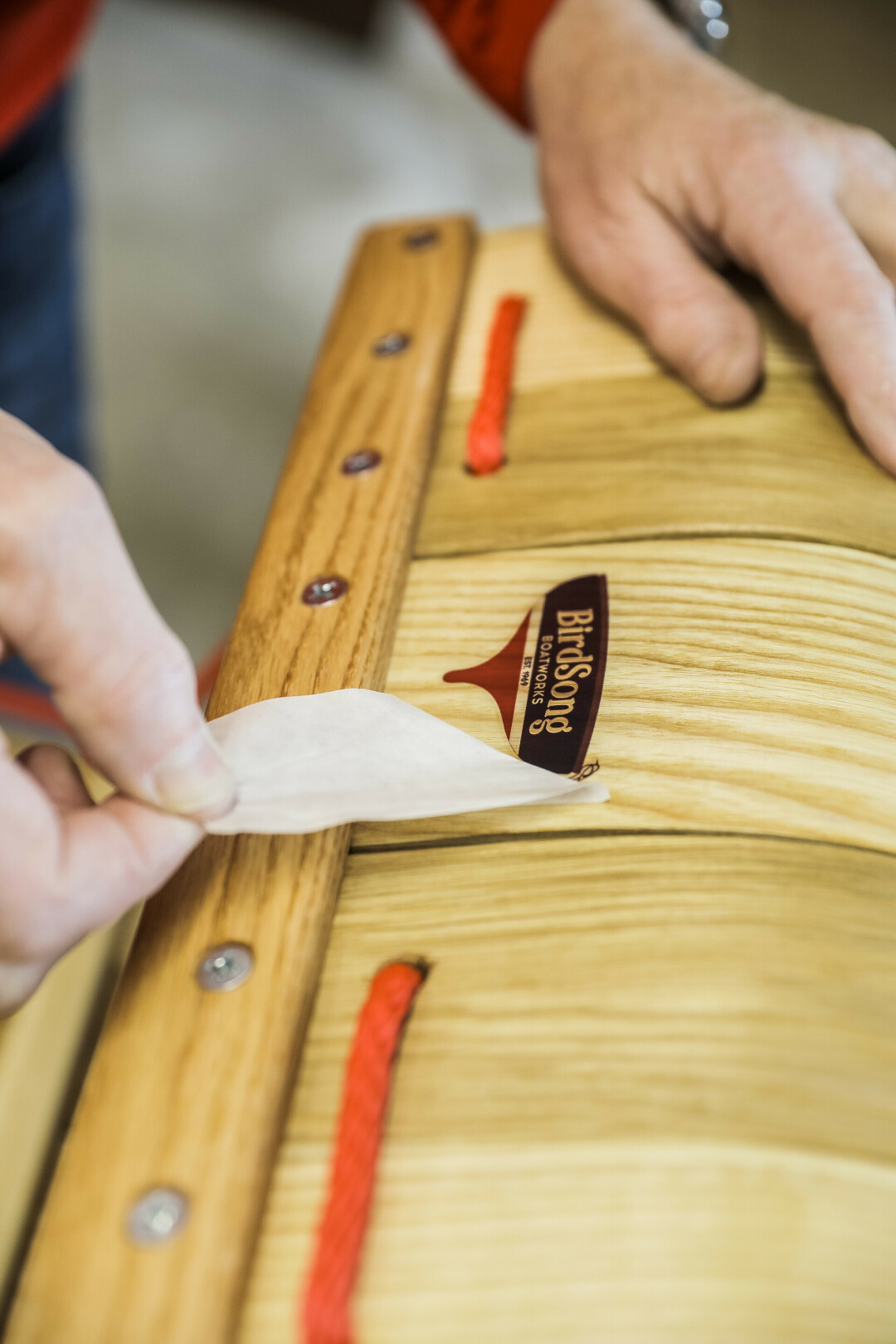