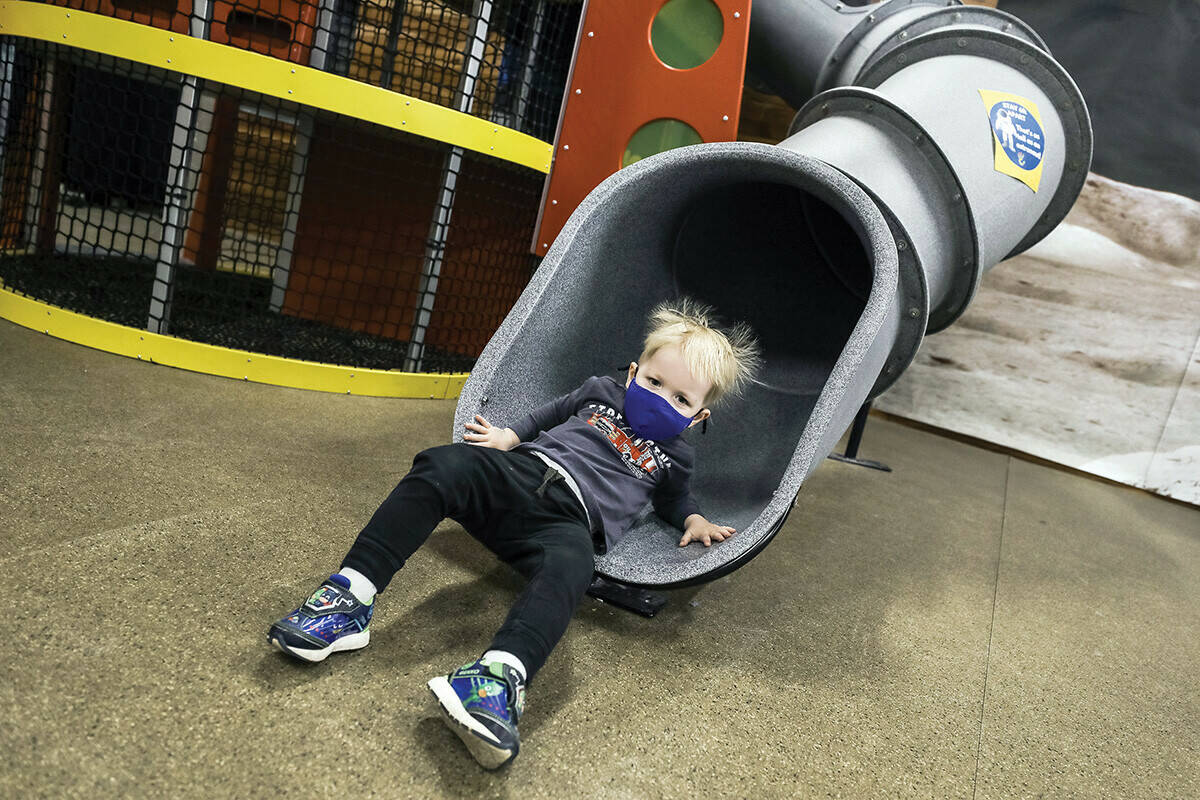 The Children’s Museum of Eau Claire may be busy building a new home in downtown Eau Claire, but that’s not the only project on the horizon for the family-friendly institution. The museum announced in December that it was opening two new temporary Play Spaces – one in Chippewa Falls and one in Menomonie – allowing kids in those communities fun, educational opportunities closer to home. Each new Play Space will be open for at least a year, museum officials said.

In the spring of 2021, after closing its original location on South Barstow Street the previous year amid the pandemic, the museum opened a temporary Play Space in the Haymarket Landing building on South Barstow Street in Eau Claire. The scaled-down space allows kids to enjoy some of the museum’s exhibits and activities while waiting for the big new museum to open just down the street in November or December 2022.

The new Play Spaces will open in February at 312 N. Bridge St. in Chippewa Falls and 503 Broadway in Menomonie. According to a media release, “Children and their grown-ups will have a space that features open-ended and loose-parts play in three exhibit galleries.” The new locations will be made possible because of a $50,000 grant from the Institute for Museum and Library Services.

The new Play Space will open in February at 312 N. Bridge St. in Chippewa Falls (a former fitness center) and 503 Broadway in Menomonie (inside a multi-unit commercial and apartment building).

“Our organization is grateful to IMLS for awarding this grant, a first in our history,” said museum CEO Michael McHorney. “We, along with IMLS, recognize that the COVID-19 pandemic has been difficult for children who are in their early childhood years, especially those in rural communities.”

The Play Spaces will offer daily STEAM-related activities and will be available for private rentals for birthday parties and other gatherings. Admission will be $5 per guest for everyone age 1 and up. Annual memberships, which offer entry to all three Play Spaces, are available starting at $99. The museum also offers a reduced-price membership for families in need called “Play for All.”

Meanwhile, work continues on the new two-story, 26,000-square-foot museum in downtown Eau Claire. The $12.5 million new facility will feature the kinds of hands-on, educational exhibits the museum was known for at its original location, 220 S. Barstow St.

Learn more about the children’s museum and how you can visit Play Space at ChildrensMuseumEC.com.